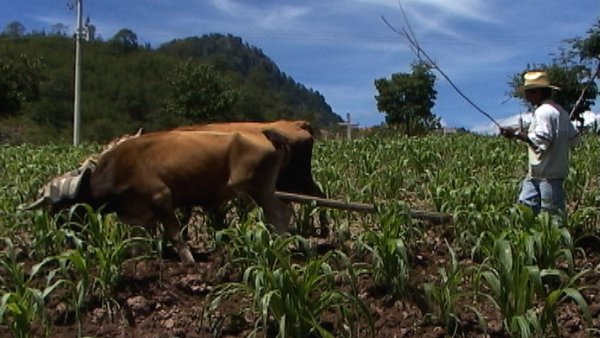 The fourth annual Queens World Film Festival returns to the borough on March 4 to March 9, screening smart and innovative films from both local and international artists.

This year, attendees will be treated to 127 films that vary from horror and romance to LGBT shorts, features, narratives and international documentaries. The festival will open at the Museum of the Moving Image and then shift to three venues in LIC and Jackson Heights.

According to organizers, the festival celebrates the spirit of independent filmmaking by providing screening opportunities and encouraging both novice and student filmmakers to push the creative envelope and tell challenging stories that might otherwise never be told.

“We know that Queens can support a world class film festival – we have two airports, we have boutique and chain hotels, we have the beach, we have subways and busses that can connect you to any venue in the borough and to any other borough you might want to visit,” said festival director Katha Cato, who stressed the economic boost that the festival will bring to the borough.

Cato explained that filmmakers who enter their films into the festival have limited budgets.

“They must really be careful about where and how they spend that money. For some of them, it is difficult to screen their films in their own homelands due to all manners of challenges – but here, in Queens, we can find an audience for a film from anywhere and we can screen it in the original language because of the diversity of the borough,”

She also added that the festival’s practice of producing screenings all over the borough, every month, tends to bring films to communities that might not attend the big annual event each March.

While Cato directs the festival, her husband is the festival programmer who screens all submitted films with a screening committee.

The festival is further programmed into thematic blocks, which are then paired into complementary relationships. “These blocks are then promoted to the audiences that will respond to the themes in that particular block,” Cato said.

Cato noted that highlights of the festival include a premiering of the director’s cut of Joshua Oppenheimer’s “The Act of Killing,” which just won a BAFTA, the UK version of the Academy Awards, last weekend and is up for best documentary at this year’s Academy Awards.

“He [Oppenheimer] agreed to premier his version because of our commitment to bringing challenging films to the borough, especially films that examine our society, our times, our underbelly as well as our accomplishments,” Cato said, calling the film a “game changer.”

The documentary “Mexican Dream,” by Alex Ruiz Euder and Jon Wetterau, explores the plight of Mexican immigrants who go to Austin, MN, to work for well-known meatpacking companies. The film tackles concepts such as undocumented immigrants not paying their taxes, and ultimately demonstrates how migration is a complex game between consumers, big business and politicians.

In “Judith: Portrait of a Street Vendor,” by New York City-based director Zahida Pirani, the audience is given an up-close look into the daily life of a street vendor from Guatemala who lives and works in New York City.

In “Judith: Portrait of a Street Vendor,” by New York City-based director Zahida Pirani, the audience is given an up-close look into the daily life of a street vendor from Guatemala who lives and works in New York City. Photo courtesy Queens World Film Festival

The documentary explores daily obstacles and struggles that many vendors face on the city’s streets.  The film is billed as a compelling personal story about perseverance and access to the American Dream.

Numerous testimonials from past festival entrants can be found on the festival’s official website.

For example, Benjamin Tran, who won Best Young Filmmaker in 2011 for his film “Duality,” said, “My experience at the Queen’s World Film Festival has immensely inspired me as a filmmaker to go beyond the ambitions of the norm. It really is Queen’s one and true film festival. “

And, just last year, Shauntay Cherry, who entered “Just Another Part of Me,” said, “I am truly grateful that I was one of the filmmakers selected to screen with Queens World Film Festival. QWFF held our work in high regards, showed us great respect as artists and worked hard to ensure that the screening was a celebration of our efforts. Every artist left feeling like a winner. It’s the kind of experience that every filmmaker should seek out…”