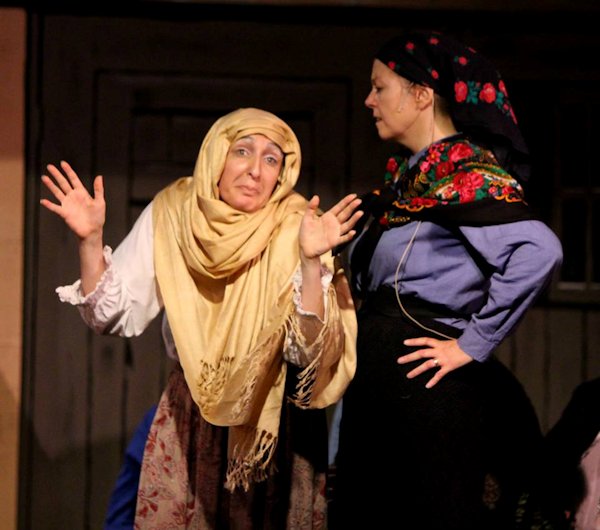 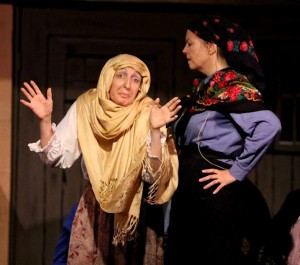 The Little Sisters of Hoboken are trying to raise money to bury the dead nuns storied in their freezer.

Maggie’s Little Theater at the St. Margaret Parish Hall, located at 66-05 79th Pl., has spent months preparing for this weekend’s opening of the latest musical to hit Middle Village, and producer and choreographer Lindsay Levy said there is a lot to look forward to.

The cast of 16 mostly local Queens actors have come together to build another installment in Maggie’s seventh season of crowd-pleasing theatrical performances.

“What I like about this group is there is a real focus on putting on a quality production, but also having fun along the way,” Levy said. “Some groups could be all serious or all fun. Here, it has been a nice balance and we have a nice final product.”

“Nunsense” is the story within a story of a group of nuns who need money in order to afford a proper burial for some former sisters, who are being temporarily stored in a freezer. The concept of the show first originated as a line of greeting cards that featured nuns offering ironic and comical remarks, but its popularity helped propel the story into a full-on musical.

Dan Goggin wrote all music and lyrics and Paul L. Johnson served as musical director alongside Erik Neilssen, who directed the production.

The musical is packed with singing and different varieties of tap and ballet dancing to make for what Levy described as an ambitious and diverse comical performance.

“It’s a very appropriate title,” she said. “It’s silly, but there are also some touching moments along the way.”

Auditions started in late 2013 and rehearsals for the performance have been ongoing since December. It has take a lot of time – and nearly three nights of practice every week – but the musical comedy is just about ready to launch, Levy said.

Levy started working with Maggie’s in 2012 when the company put on, “Anything Goes.” Since then, she has taken on leadership positions as a producer and choreographer to help deliver a dynamic package of theatrical performances.

What sets “Nunsense” apart from the rest, she said, was the dancing. In the most recent years, Levy said past performances like “Fiddler on the Roof” left less room for laughs, making this year’s storyline a welcome shift.

“It has been nice to return to tap dancing again,” Levy said. “It has been a nice change of pace in how light it is. It gives people both in the cast and the audience a different kind of theatrical experience.”

For years, Maggie’s has entertained crowds with everything from “Fiddler on the Roof” last year to “Big: The Musical” in 2007. Its list of shows is long and varied and includes such pieces as “Godspell,” “The Sound of Music,” “Once Upon a Mattress,” and “The Most Wonderful Time of the Year.”

Coming up next for Maggie’s will be the summer production of “Oklahoma,” debuting July 12 and running on select dates through the 20th, the playhouse said.