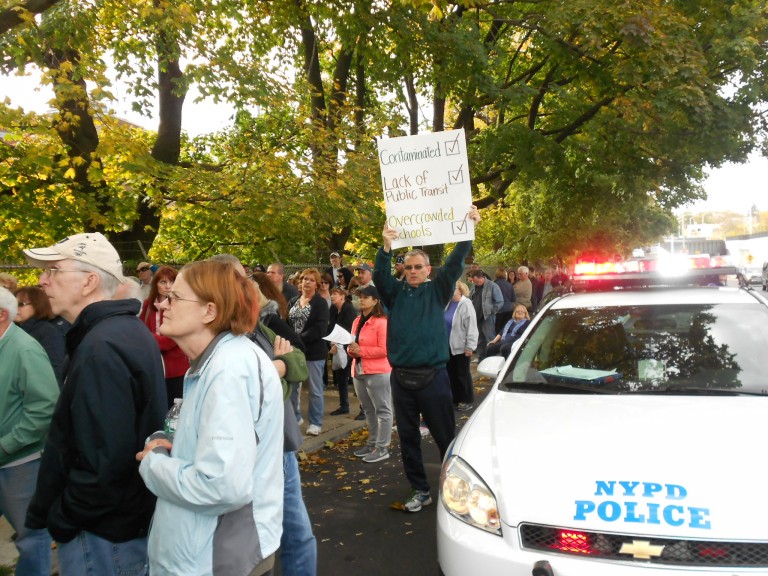 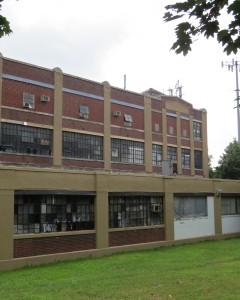 Queens elected officials are expected to soon sit down with officials from the city Department of Homeless Services before the city is expected to make a decision as to whether or not to approve a nonprofit’s proposal to turn an abandoned factory in Glendale into a homeless shelter for about 125 families. File photo

The city’s Department of Homeless Services has reached out to various Queens officials with hopes of setting up a face-to-face meeting before making any final decisions on a controversial homeless shelter proposed in Glendale.

The city has been mulling over a bid to open a 125-family temporary housing spot at 78-16 Cooper Ave. in the footprint of a former sewing mill and airplane part manufacturing warehouse for months. But a spokeswoman for the DHS said the agency would likely meet with Queens elected officials from the city, state and possibly federal levels by early April before acting any further on the issue, which has drawn harsh criticism from varying members of the western Queens community.

“We still want to have an open dialogue – leader to leader,” the spokeswoman said. “No definitive decisions have been made as of yet because we want to hear from the officials and have them at our office together.”

Some of those elected officials most outspoken against the proposal included City Councilwoman Elizabeth Crowley (D-Middle Village), state Assemblyman Andrew Hevesi (D-Forest Hills), Assemblyman Mike Miller (D-Woodhaven) and U.S. Rep. Grace Meng (D-Queens) – all of whom were slated to be invited to meet with the city by early April, the DHS said. Each of those elected officials, along with members of Community Board 5, have argued that the proposed homeless shelter would be detrimental to the area.

Instead, elected officials and members of Community Board 5 argued, the city should consider investing into a spot that is more accessible to public transportation and social services.

Those against the proposal penned a letter to Mayor Bill de Blasio, as well as DHS Commissioner Gilbert Taylor, earlier this year expanding on their opposition.

“If one of the primary criteria for evaluating a particular proposal’s cost-effectiveness correlates to the ability of the facility’s residents to quickly transition to permanent housing, we fail to see how developing a program at a location that is not conveniently accessible to basic public resources needed for a family’s success can be classified in such a manner,” they wrote in the letter. “We hope that, as a new administration, you will look to address that particular problem by undertaking a comprehensive analysis of how all DHS operations have combined to create that very unfortunate increase in turnaround time for families in need.”

Hevesi also penned a letter to the same parties earlier this week requesting an
indefinite suspension of contract negotiations between the non-profit Samaritan Village and the city to operate a transitional housing facility in Glendale. In that letter, the elected official said the organization was cited for financial irregularities in a state report.

According to the report, Samaritan Village submitted a proposal to DHS’s open RFP in August of 2013 to operate a 125 unit transitional housing facility. The proposal went before the mayor’s office of contract services and the operating costs were projected to exceed $27 million over the initial 5-year contract period.

“New York State Comptroller Thomas DiNapoli recently released a report of a prior contract with the non-profit Samaritan Village,” Hevesi wrote in his letter. “The comptroller and his staff, while fulfilling their role as the state’s chief financial officer and fiscal regulator, identified nearly $1 million in spending of state and taxpayer funds by this organization that raise questions about Samaritan Village and its operations.”

Hevesi argued that in light of the developments, the city should suspend further consideration of new contracts with Samaritan Village until a deeper investigation and analysis is complete.