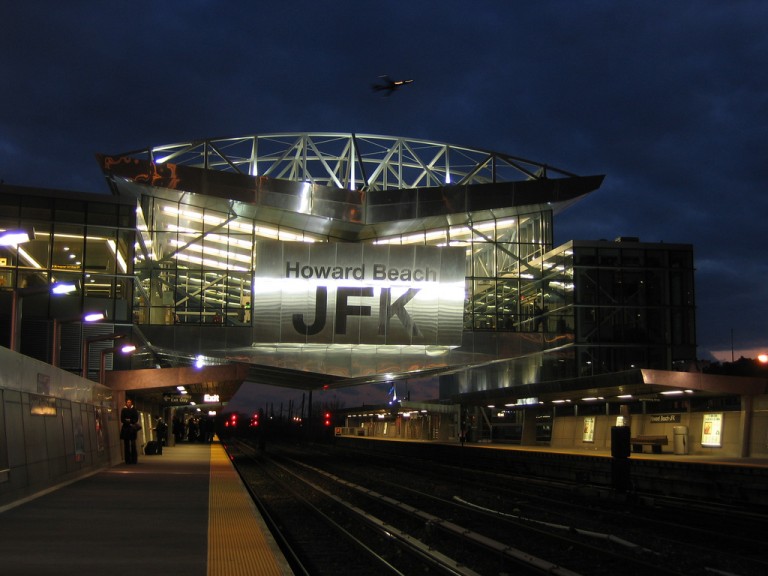 Five JFK International Airport baggage handlers whose jobs included unloading U.S. mail onto outbound international flights allegedly stole thousands of dollars worth of money orders and checks bound for Japan, China, Korea, and elsewhere, and deposited them into their own bank accounts, according to law officials.

“Included among the items allegedly stolen from the mail were money orders mailed by a member of the armed services and, in another instance, checks intended for child support,” Brown said in a statement. “When an individual mails an item through the U.S. Postal Service, there is an implicit trust that it will arrive at its intended destination. It is alarming that these defendants were allegedly using U.S. mail bags as grab bags to satisfy their own greed.”

The three accused of swiping the money orders, checks and credit cards are Ariel Weaver, 20, of South Ozone Park; Anthony Austin, 26, of Hollis; and Michael Williams, 29, of Brooklyn; Samuel Wright, 31, of Brooklyn; and Alexander Fluellen, 29, of Brooklyn, according to Brown.

The five were arraigned Thursday on separate criminal complaints in which they are variously charged with grand larceny, criminal possession of stolen property, petit larceny, and forgery, the DA said.

“There is zero tolerance for anyone who steals from the U.S. Mail,” Bartlett said. “Postal inspectors will utilize every resource available to identify those responsible and ensure justice is served.”

After numerous reports of thefts of credit cards, money order, and checks from the U.S. mail, and specifically mail that was allegedly being handled by baggage handlers at JFK International Airport, a joint investigation was launched by the U.S. Postal Inspection Service and the Port Authority Police Department.

According to the criminal complaints, between July 2013 and February 2014, the five defendants are variously accused of allegedly nabbing checks and money orders ranging from $100 to $1,000 that were being sent through overseas mail to recipients in Japan, China, Korea, and other countries, the DA said.