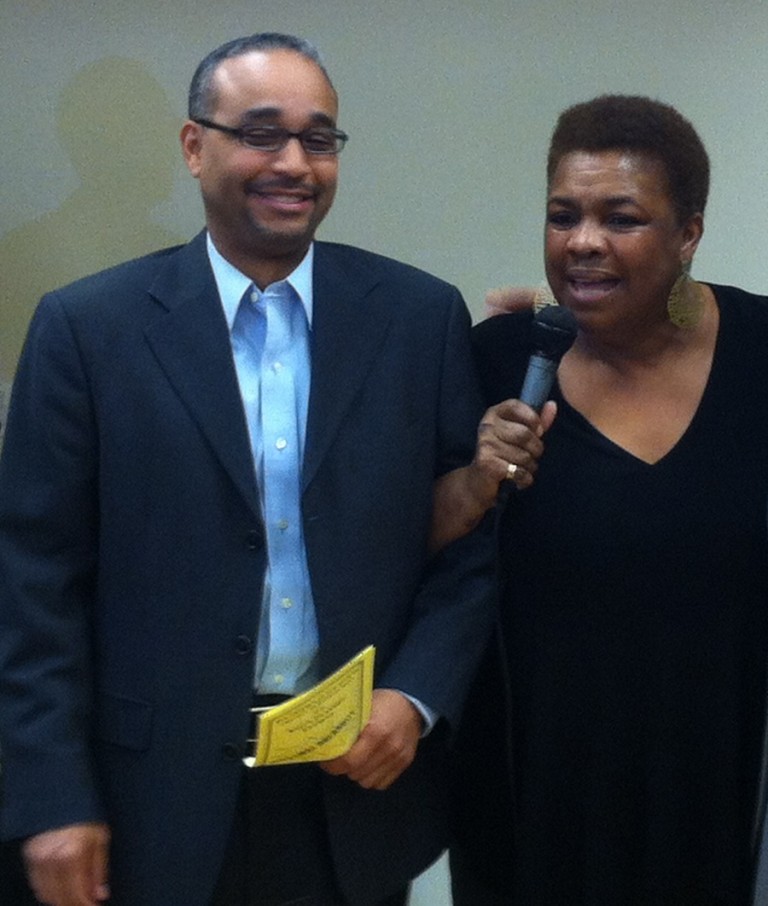 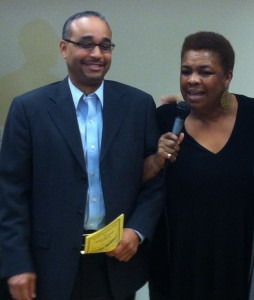 State Sen. Jose Peralta, left, and civic activist Pat Martin have long been advocating for the city to place a crossing guard at what they said is a dangerous intersection frequently crossed by young students on their way to PS 206. File photo

Pedestrian safety has become a hot topic in Queens, and state Sen. Jose Peralta (D-East Elmhurst) used the opportunity to renew his push for safer streets outside a public school in Rego Park.

Peralta has been calling for safety reforms, such as speed cameras and assigning a new crossing guard to PS 206, for the better part of the past year. And with recent launching of Mayor Bill de Blasio’s Vision Zero initiative to curb traffic fatalities throughout the city, the senator said he hoped his requests would gather more traction.

Peralta argued that precincts serving the Rego Park area have denied his previous request for a school crossing guard to be reinstated at the busy intersection of Junction Boulevard and Horace Harding Expressway because guards were already assigned to other nearby locations.

“There is no question that there are a number of dangerous intersections in the area, with the Long Island Expressway, Queens Boulevard, Junction Boulevard and Horace Harding Expressway all intersecting or running parallel to each other in close proximity,” Peralta wrote in a letter to the New York Police Department earlier this week. “Perhaps the most threatening of these, however, is the one at Junction Boulevard and Horace Harding Expressway, which hundreds of children and parents navigate on their way to and from PS 206 and Lefrak City, located just off the northeast corner of the intersection.”

Joan Thomas, PS 206’s principal, echoed Peralta’s pleas when she requested the reinstatement of a crossing guard to serve the Rego Park community, but to no avail. She also argued that change was needed to combat recent incidents in which some walkers were harassed on their way to school in the morning in the absence of an adult present to help them cross the street.

“This intersection is very challenging and dangerous due to its close proximity to the Long Island Expressway,” Thomas said. “It has a heavy traffic pattern due to all of the traffic due to the shopping in the area. The children and the parents are in great danger each time they navigate this intersection because the drivers do not drive with care or follow traffic regulations.”

The intersection is particularly problematic, area residents have said, because it is often traversed by large trucks and cars going far above the speed limit as they enter the expressway.  A crossing guard had been stationed there until three years ago but was removed due to city budget cuts.

Pat Martin, president of Friends of LeFrak Library and a civic activist who has long been fighting for a guard at the intersection, told The Forum in a previous interview that it is only a matter of time before a child gets seriously hurt there – unless the city does something to address the situation.

“We’re all so scared of the day a child gets hurt there – and after that, the city will put in a crossing guard, but we shouldn’t have to wait for that,” Martin said in the same interview.

The state senator then spearheaded a petition against the Department of Transportation, demanding the designation be among the several locations at which speed cameras were piloted. It was not selected.

Peralta’s letter addressed Chief of Transportation Thomas Chen, who testified before the City Council that the city’s crossing guard ranks were understaffed by nearly 200. His letter argued that PS 206 was undoubtedly counted among those priority vacancies that should be filled.

“In light of the response from the local precincts, my staff and I subsequently were in regular communication with the Department of Transportation throughout 2013 about measures the agency could take to help ensure the safety of the children of PS 206,” Peralta said. “Please note that in all of my correspondence with the DOT, I made it clear that there is no substitute for the direct, hands-on traffic control and help that a crossing guard provides to children.”