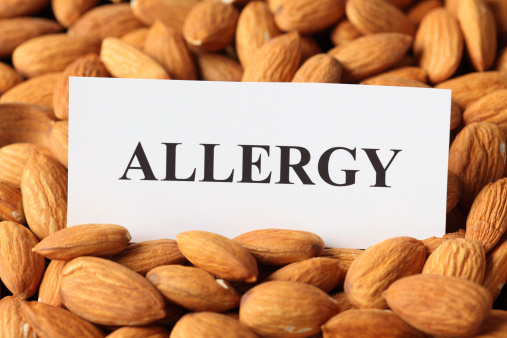 Flying thousands of feet in the air, her destination point more than an hour away, Howard Beach resident Jennifer Fernandes recently faced one of the scariest moments of her life as her 12-year-old son had a severe allergic reaction to the nuts served to him on the plane and suddenly was unable to breathe.

“He had one nut, and his tongue went numb and then he couldn’t breathe,” Fernandes said of her son, Jonathan. “I saw him holding his neck; he was gasping.”

Immediately, the flight attendants came running. While there was an epinephrine autoinjector – often commonly referred to as an EpiPen – in the plane’s first aid kit, it was not administered and instead a man on board luckily had benadryl, which was given to the boy whose face had “swelled up very, very bad,” Fernandes said.

“He was gasping and holding his neck; he wasn’t talking very much,” the mother said. “I couldn’t even look at what was going on; a passenger grabbed me and was holding my hand. You felt helpless – you’re 37,000 feet in the sky. My daughter was in complete shock. It was minutes before they found the benadryl but it felt like forever.”

Ultimately, Jonathan was alright – he and his family were met by an ambulance as soon as they landed – but the incident, his mother said, highlights a larger issue: Should nuts continue to be served on planes while the number of people who are allergic to them continue to skyrocket?

“I just feel they should wipe away the nuts altogether – no one’s going to miss them; they only have them in first class anyway,” Fernandes said.

Numerous airlines have in recent years stopped serving packaged peanuts as more and more people developed allergies to them, but there has been no outright ban on peanuts – or nuts of other kinds – on planes.

The U.S. Department of Transportation proposed in 2010 to eliminate nuts on planes, but federal law does not allow that to happen without a scientific study that shows severe allergic reaction to small airborn nut particles.

The call for banning nuts on planes is growing louder, and a family with a child who has a severe allergy to peanuts launched in November a website, www.nonuttraveler.com, that advocates for the banning of nuts on commercial airplanes. The same family that runs the website also launched a petition to lobby legislators to pass regulations protecting passengers with food allergies. The petition, located at http://www.thepetitionsite.com/takeaction/102/513/863/, has so far garnered 4,563 signatures.