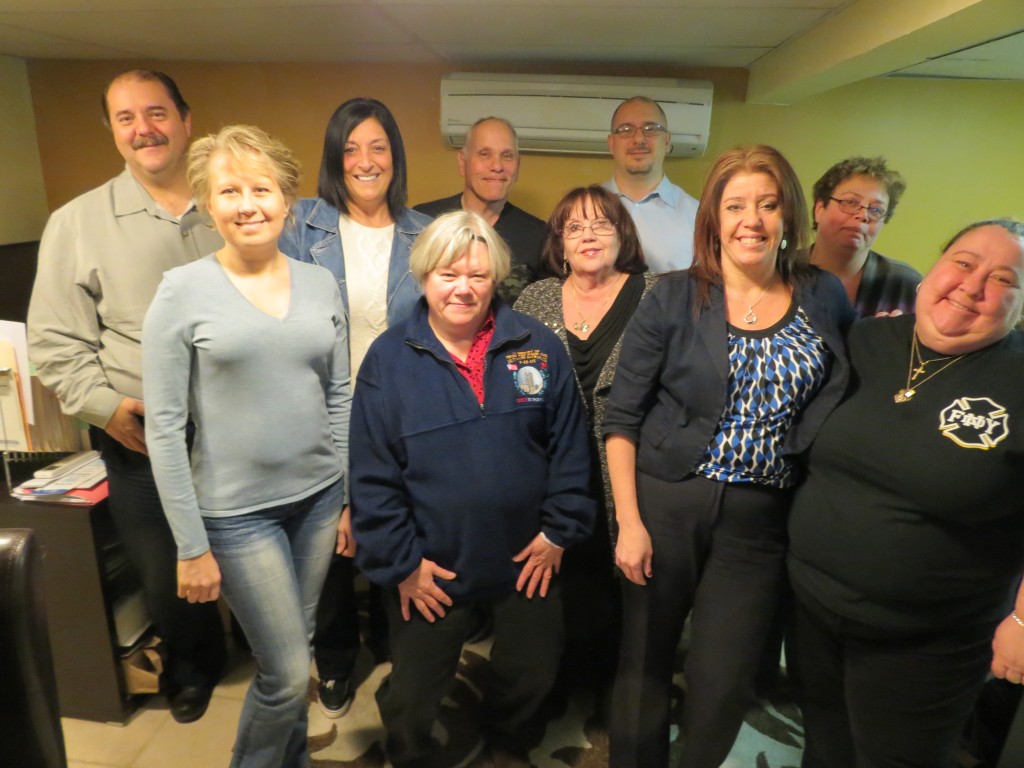 Members of the newly formed Howard Beach Lindenwood Civic gather last week to discuss plans for their organization, which will meet Tuesday, March 25 at 7:30 p.m. at the St. Helen School cafeteria. Photo by Anna Gustafson

The hundreds of people who have belonged to the Lindenwood Alliance and the Howard Beach Civic Association know what it means to pick up the metaphorical sword for their neighbors, doing all that which tightens the weavings of community: Helping friends and family following Superstorm Sandy, beautifying green spaces like Charles Park, and pushing for increase in police presence following spikes in crime.

But, as much as they have done to better their neighborhoods, civic leaders said they now have an even better platform from which they can fight for their pockets of Queens: The Lindenwood Alliance and the Howard Beach Civic Association have merged and, in doing so, members said they will be able to speak with a more powerful, unified voice.

“We realized it would be more advantageous to the community if the two groups, both part of the 11414 area code, joined together,” said Joann Ariola, the new civic’s president and the former leader of the Lindenwood Alliance. “Even though each little area has its own issues, what affects one part of the area affects all of Howard Beach.”

Stressing that the “merging of the groups will cause a cohesive civic with one voice for the entire community,” Ariola said the organization will work closely with the Hamilton Beach Civic Association, a well-established and active group, to address a variety of quality of life issues “that continue to plague parts of our community.”

Such issues, the president said, include home break-ins and push-in robberies that have raised serious concerns among area homeowners and residents.

One of the group’s first battles will be fighting to make sure city officials heed residents’ advice on the proposed greenway around Jamaica Bay that is expected to include a biking and hiking path through Howard Beach – something which Ariola and other residents have said is of major concern because it could bring thousands of visitors to a residential area that homeowners would rather see remain as is.

“They do not have a plan on who is going to clean it, who will maintain it,” Ariola said. “It’s a multi-agency plan that hasn’t really been explained.”

Involved with the Howard Beach Civic Association for more than 10 years, Joe Campisi said he is looking forward to seeing what the two organizations can accomplish together – including tackling a slew of issues plaguing Charles Park.

“Maintenance is horrible there,” Campisi said. “The playground – a lot of upkeep needs to happen there, the bocce court is kind of destroyed, and there’s a lot of debris on the walkway.”

Members, including Ariola, Treasurer Cathy Placco, and Recording Secretary Barbara Winter, said they also hope to grow the organization and plan to reach out to younger families.

“It’s important we engage each other – we have to engage the educational, religious and community-based organizations in Howard Beach,” Ariola said. “If we don’t work in concert, our goals won’t be met. Together we have a voice.”