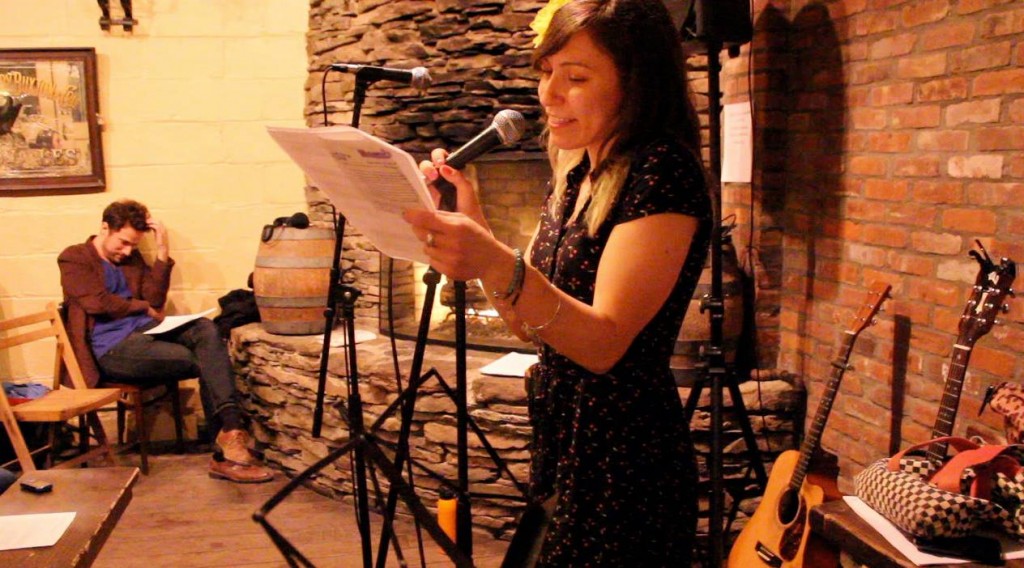 Queens lives in no borough’s shadow – not Brooklyn nor Manhattan, which tend to land much of the cultural limelight – when it comes to literature, with its lovers of the written word, who pen fiction and poetry in languages from around the globe, reveling in a longstanding culture that seems to have exploded in recent years, including a proliferation of events jam-packed with the borough’s best and brightest, a relatively new literary magazine, and the opening of two bookstores, said a writer who is about to host a celebration of the borough’s literary landscape.

Audrey Dimola, who was born and raised in western Queens, will host and curate “World of Words: Queens” at the LaGuardia Performing Arts Center’s 200-seat Little Theatre in Long Island City on Saturday, April 12 from 3 p.m. to 5:30 p.m. The event, at which Dimola will also perform, will showcase the borough’s diverse literary and artistic talents in a two and a half hour session boasting everything from dance to literature and translation that will highlight the widespread and deep-rooted artistic and cultural communities that call Queens home.

“In Queens, it’s not that stuff just started happening – it’s always been going on but it doesn’t get the amount of exposure or awareness because every neighborhood is its own world,” said Dimola, a 27-year-old with a penchant for all things Queens. “Sometimes, because of that there’s not as much communication as there could be, and there’s been a venue situation  – a lack of indie bookstores or venues independent artists can take advantage of.” 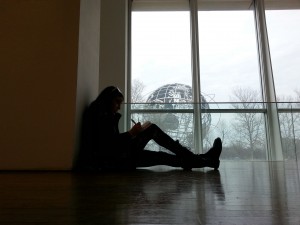 A fan of all things Queens, Audrey Dimola said she is inspired by her home borough and hopes to showcase the area’s increasingly thriving art and literature scenes. Photo courtesy Audrey Dimola

That, however, is changing, Dimola said, with the emergence of Enigma Bookstore – which specializes in science fiction, fantasy and mystery – and the Astoria Bookshop, both of which have filled a vacuum for the written word caused by Astoria’s only independent bookstore closing in 2011.

“They’re a hub for writers,” said Dimola, who added that other spots have opened that support those who hope to put pen to paper – or perhaps fingers to keyboards – including Bliss on Bliss Studio in Sunnyside, which holds various artistic events, and L.I.C. Bar, where writers have hosted readings.

Additionally, Dimola noted the recent birth of the Newtown Literary Journal, which often features work by Queens scribes, as well as an abundance of events, including the first-ever Queens Literary Town Hall last October, which brought together writers, artists and poets from all corners of the borough. And, she noted, there are numerous online resources for borough authors, including http://boundlesstales.com/queens-lit-resources/

“I’m seeing more and more people stretching their hands out to each other,” Dimola said. “I’m floored by the amount of things I’m stumbling on.”

That focus, Dimola said, on artists and writers connecting with one another in a borough that she stressed does not need to be “the next Brooklyn,” will shed light on a place that deserves far more credit than it has gotten.

“That’ll take us out of the shadows of Brooklyn and Manhattan,” she said. “Queens is as authentic as it gets, and we’ll move away from, ‘Oh we have to legitimize ourselves.’ We are as legit as it gets.”

Tickets for the World of Words festival at $10 each. For more information, visit audreydimola.com or email audrey.dimola@gmail.com.