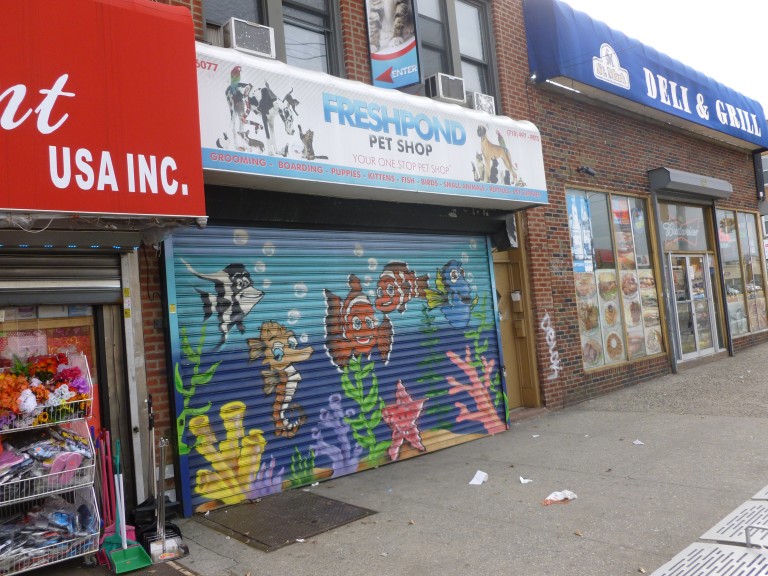 Some residents in Maspeth are accusing the Fresh Pond Pet Shop of animal abuse. Photo by Phil Corso

Allegations of animal abuse and neglect inside a Maspeth pet shop spurred the 104th Precinct to investigate.

Police Capt. Christopher Manson,, commanding officer of the 104th, said officers were sent to the Fresh Pond Pet Shop at 60-77 Fresh Pond Rd. after receiving several reports of animals being left without food or water, or being held in unsanitary conditions. But upon arriving, Manson said there were no apparent signs of neglect.

“We had gotten word that there was a pet store abusing animals,” Manson said.

The store’s owners, who could not be reached for comment, were unable to present up-to-date licenses allowing them to sell animals and received three police summonses, Manson said. All the animals have since been removed to safe quarters, the precinct said.

Manson said the shop had been shut down at Tuesday’s meeting, but a 104th Precinct spokesman could not confirm whether or not that was true. The phone number to the shop was out of service by press time and several storeowners along the Fresh Pond Road shop said it closed down last week.

Sue Caracci, a former owner of the location, left her comment on a Facebook page for the Fresh Pond Road shop bashing the pet store in light of the abuse allegations.

“We wish we could turn back time and never sold the store,” Caracci wrote in the post. “However, we are glad that those disgraceful humans were reported and closed down.”