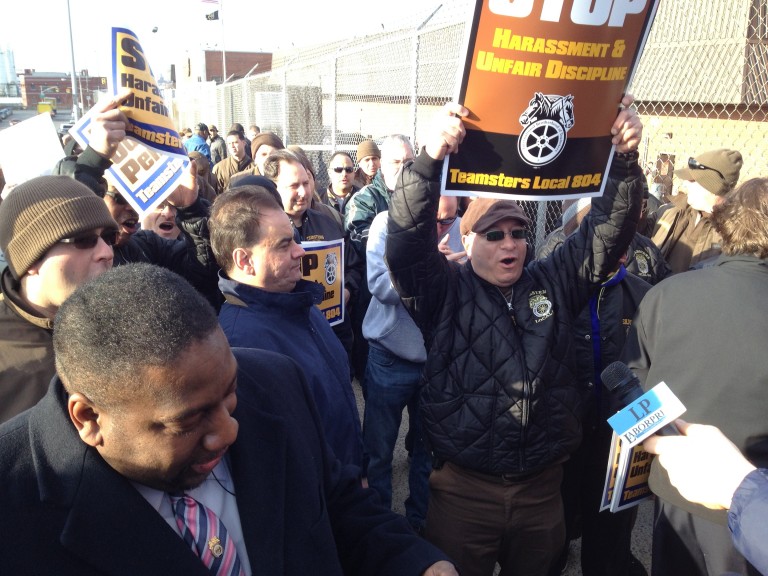 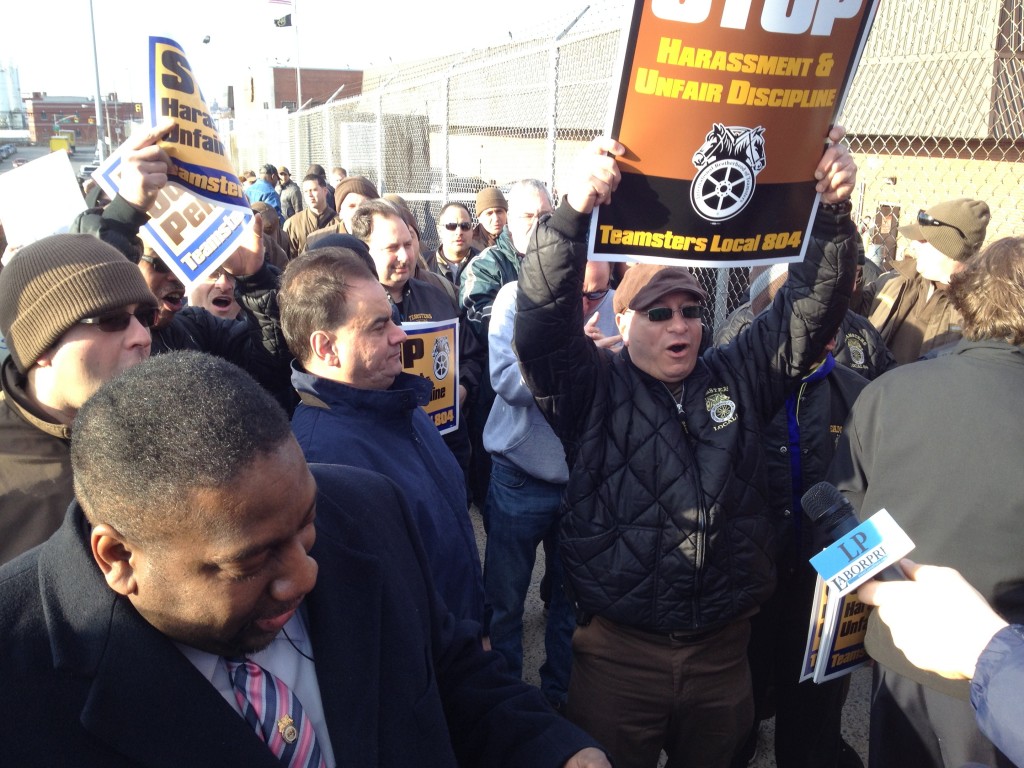 Disputes arose after UPS fired Jairo Reyes, a company driver for 24 years, last month. Workers with Teamsters Local 804 argued that Reyes was not given a proper termination hearing, as stated in his contract, and 248 of them walked out on the job for about 90 minutes in protest at their Maspeth site Feb. 26. Their employer used that same contract as a means to threaten the workers with pink slips for violating their legal agreement.

“The employees’ decision to leave their jobs without authorization has now placed their continued employment in jeopardy,” a spokesman for UPS said in a statement. “The collectively bargained agreement has clear language that states that if any employee participates in an unauthorized work stoppage, they can be terminated.” 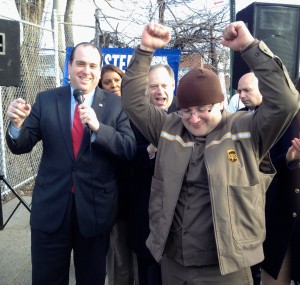 While the workers have technically been fired, UPS has continued to ask the 248 individuals – about half the facility’s fleet –  to work because, according to one employee, “they still need drivers.” However, workers said they are continually being told by management that they could be permanently let go at any time.

UPS management defended its actions in a statement, accusing the protesters of disregarding an arbitrator’s “clear warning” not to walk off their jobs as a means of protest.

“UPS takes its commitments to its customers very seriously, and must take action to ensure unauthorized employee actions resulting in a refusal to work does not prevent the company from meeting its service and delivery commitments,” UPS said in a statement.

“You deliver the packages, but we are here to deliver a message to UPS,” James said. “You will not treat these workers with disrespect and we are here today so that it’s not over. This is just the beginning and not the end.”

James plugged her office as an intermediary between the union workers and UPS management with hopes of finding a solution to the conflict. Teamsters Local 804 accepted an invitation to meet with both the public advocate and UPS at her office, but management has yet to respond.

Crowley, who represents the Maspeth community in the city Council, accused UPS of tarnishing its reputation by taking such drastic actions against its own workers.

“You are their backbone. You deserve fair representation,” she said. “You don’t need to be harassed at work and we stand with you.” 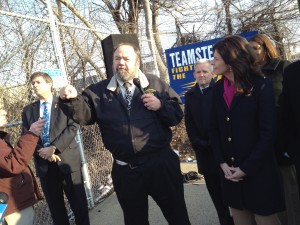 Local 804 President Tim Sylvester, center, called on UPS to work with its drivers, many of whom have dedicated years to the company.

The Working Families Party aligned with the Teamsters Local 804 team to deliver over 100,000 petition signatures collected in only a few weeks to UPS management, demanding the company rescinds the terminations.

Local 804 President Tim Sylvester spoke loudly and forcefully at the Friday morning protest while calling for accountability and conversation. But even in protest, those in attendance urged the workers to be vocal but cordial, telling workers not to be late for their shifts. The union leader said UPS signed the same contract as its workers, agreeing to a grievance procedure and to “innocent until proven guilty,” a practice they must honor.

“UPS workers across the country are fed up,” Sylvester said. “You guys come to work every day to work, not to walk. But you need to be treated with respect.”