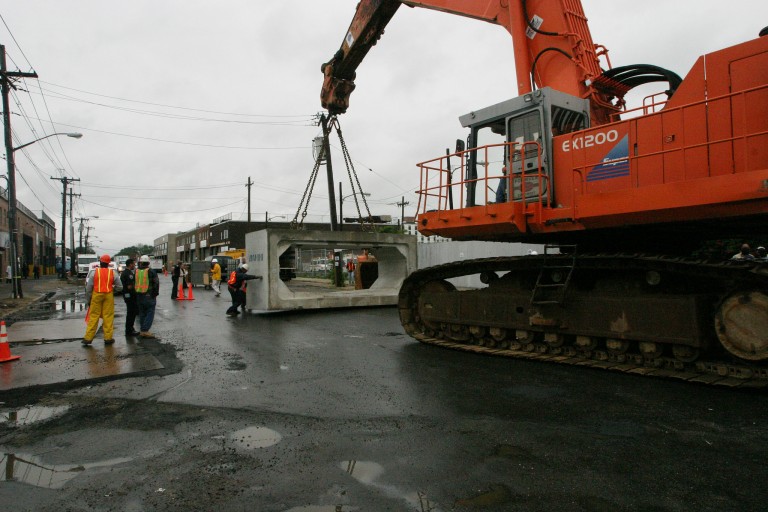 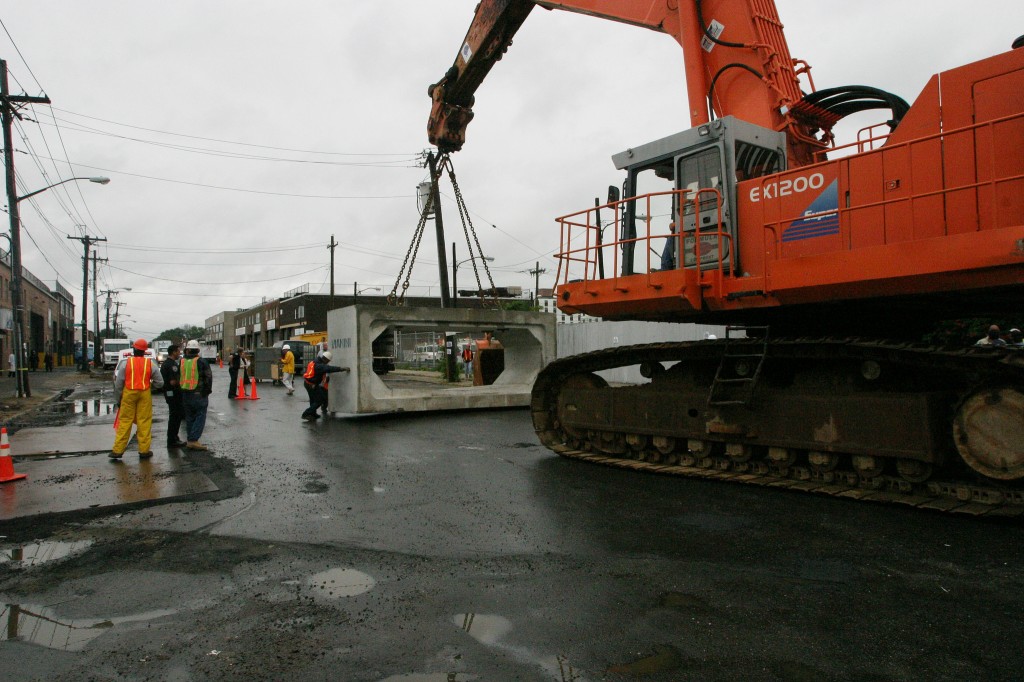 City workers will soon begin to implement barrel sewers, a process shown here, as part of a $25 million project to address flooding in Elmhurst, Maspeth and Middle Village. Photo courtesy the NYC Department of Environmental Protection

Millions of new city dollars will help Elmhurst, Maspeth and Middle Village better manage the flooding problems that have long plagued the communities, the city Department of Environmental Protection said.

DEP Commissioner Emily Lloyd announced last week that the city is set to begin a $25 million infrastructure upgrade that is expected to increase sewer capacity and leave the Queens neighborhoods less prone to flooding. The work was slated to begin in the spring with an estimated finish date in fall 2016.

“We are committed to working with local leaders and community groups to identify areas where upgrades to the sewer infrastructure are feasible and will help to better meet the needs of residents and businesses,” Lloyd said. “This $25 million investment will add significant capacity to the sewer system, help to better manage the stormwater that drains to this low-lying neighborhood and reduce flooding.” 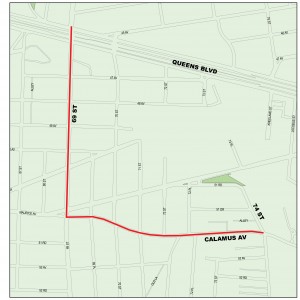 The project was mapped out underneath Calamus Avenue near 69th Street, where sewers have served as major conduits in the area’s drainage network, the city said. Renovation plans included opening up the roadways to both add sewer capacity and install new water mains to ensure clean drinking water, the DEP said.

Elected officials from throughout the borough issued strong praise for the project, revisiting soggy memories of watery roadways of years past.

“This is great news for the long-suffering people of Maspeth, Woodside and Elmhurst, especially to the many local residents who have endured years of damage from repeated flooding after ordinary rainstorms,” said Assemblywoman Margaret Markey (D-Maspeth). “We all look forward to the beginning of the construction process and the completion of this long-awaited improvement that will alleviate the hardships that have been caused by the current inadequate sewer system.”

Assemblyman Fransico Moya (D-Corona) said the plan was the “meat and potatoes” of governance, praising the city for undertaking the plan to improve living conditions throughout western Queens.

State Sen. Joseph Addabbo (D-Howard Beach) said the plan was a long time coming for an area that has become all too familiar with over flooded sewers in even the most routine of rainfalls.

“For years, the area’s sewers have been overwhelmed during major storms,” he said, “And this is a necessary upgrade for residents. I look forward to seeing the results of this project and hope it is a solution for the area’s flooding issues.”

The DEP said 69th Street between Queens Boulevard and Calamus Avenue, as well as Calamus Avenue between 69th and 70th streets, have been home to two 96-inch circular sewer lines. By the project’s end, those roadways will boast a new 85-inch barrel sewer line on top of its existing capacity, officials said.

The project will also add an additional eight and 12-inch distribution water main within the confines of the sewer work to improve the pressure and quality of water, the DEP said.

David Resnick, acting commissioner of the city Department of Design and Construction, will be managing the DEP-funded project and said he looked forward to finally getting some shovels in the ground.

“This project will improve our streets and water service, and add much-needed drainage to help manage stormwater,” Resnick said. “In addition, in the weeks to come, we will assign a full-time Community Construction Liaison to keep residents and business owners informed about the work we’ll be doing.”