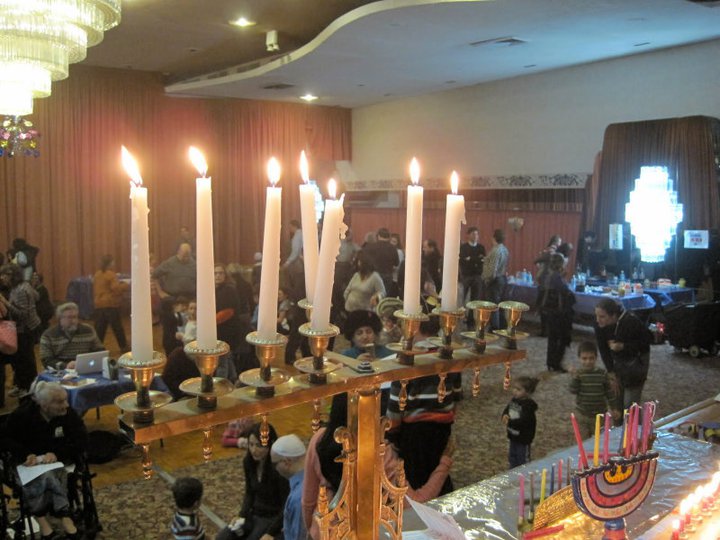 Security was increased at Jewish centers across Queens and the city this week, in light of the Passover holiday and the recent tragic shooting at a Jewish community center in Kansas. Photo courtesy Forest Hills Jewish Center

The city Police Department beefed up its presence throughout the city’s synagogues after a tragic shooting outside Jewish facilities left three dead in Kansas City.

Authorities identified the gunman as former Ku Klux Klan leader Frazier Glenn Cross, 73, of Aurora, Mo. and charged him with murder after he allegedly started shooting inside a Jewish Community Center in a suburb of Kansas City on Sunday. And with Passover approaching, Mayor Bill de Blasio said the city had taken steps to make sure a similar incident did not happen under his watch.

“On behalf of New York City, we’d like to offer condolences as well as our thoughts and prayers to the victims of the tragic incident this afternoon in the greater Kansas City area, as well as their families and the entire Jewish community,” the mayor said in a statement. “  The NYPD is taking all steps to ensure the safety and security of Jewish individuals and institutions as Passover is being ushered in.”

The revamped efforts protecting Jewish populations in the city were particularly important to residents of Queens, with the most recent Jewish Community Study of New York showing the number of Jewish residents in Forest Hills, Kew Gardens and Rego Park have increased by 37 percent since 2002. Nearly half of all the people living in those neighborhoods were part of Jewish households, the report said.

U.S. Rep. Grace Meng (D-Flushing) applauded the mayor’s efforts in making sure police ensured the streets of Queens were safe during such an important holiday season.

“On the eve of Passover, our hearts go out to all who have been impacted by the senseless shooting in Kansas City,” Meng said. “In the wake of the tragedy, I thank the mayor for directing the NYPD to step up security at synagogues and Jewish neighborhoods around the city. The additional precautions will help ensure the safety of all who observe Passover.”

“Dr. Corporon leaves behind his wife of 49 years and a loving and devoted family and extended family,” the Corporn family said in a statement. “Dr. Corporon practiced family medicine in Marlow and Duncan, Oklahoma from 1976 through 2003, when he and his wife moved to the Kansas City area to be closer to their grandchildren. He was a well-loved physician in the Johnson County community, cherished his family and more than anything had a passion for caring for others.”

The Kansas City tragedy left three Published reports described the gunman to have shouted, “Heil Hitler” as he was taken into custody.

“Our thoughts and prayers go out to the victims of the shootings that took place earlier today at the Jewish Community Center of Greater Kansas City and Village Shalom,” said New York Gov. Andrew Cuomo. “On the eve of Passover, New Yorkers stand in solidarity with the Jewish community in Kansas City, mourning those who were lost and wishing a speedy recovery to those who were injured as a result of today’s tragic events.”