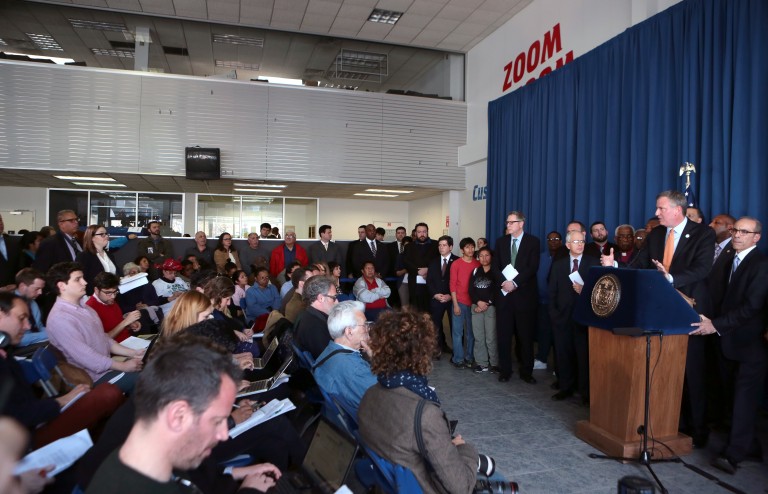 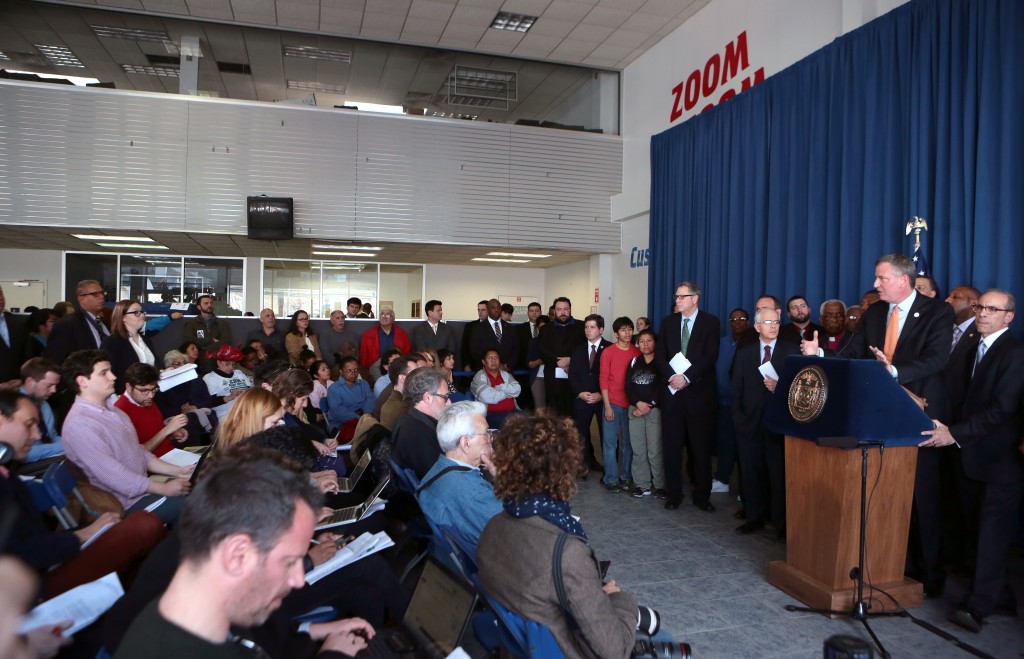 After nearly 18 months of facing suffocating amounts of red tape and broken promises from city officials, residents said they hope Mayor Bill de Blasio’s pledge last week to, more than a year and a half after Hurricane Sandy, make rebuilding a priority won’t be the same empty words they have heard since the storm devastated much of South Queens and Rockaway – as well as Staten Island and South Brooklyn.

“It’s amazing the stuff you hear,” said John Cori, a co-founder of the Friends of  Rockaway Beach who has, like about 20,000 others across the city, been struggling to work with the city’s federally funded Build It Back program, which former Mayor Michael Bloomberg began with the intent of helping those impacted by Sandy rebuild.

While about 20,000 families have applied for help through Build It Back, not one has had their house rebuilt because of the program – a problem that has caused city and federal officials to point accusing fingers at one another. According to city officials, construction has begun on just nine homes as part of Build It Back – a number that is representative of the government’s slow-moving response to a slew of problems residents faced by Sandy, which some individuals have said has prompted them to give up entirely on reaching out for help from the city.

“Build It Back has lost my paperwork six times – it’s crazy; you can’t make this stuff up,” Cori said.

De Blasio joined members of his administration and elected officials from areas struck by Sandy at a press conference on Staten Island last Thursday, when he vowed that construction would begin on 500 homes, and 500 checks would be issued to reimburse residents for money they’ve already spent on repairs that have nearly bankrupted numerous families struggling to stay afloat financially following Sandy, by the summer’s end.

“We’re here at the Staten Island Build It Back center to announce a major overhaul of the city’s Sandy recovery effort, which has been, let’s be blunt, overly complex and confusing for homeowners over the last year and a half,” de Blasio said at the press conference. “We know we have to do things differently, better, faster. We have to serve people in need right now. Over the last three and a half months my administration has been working day and night to hack through the red tape – and there’s been a lot of red tape to hack through. And our singular goal has been to get the recovery money where it belongs – into the hands of needy homeowners and community residents.”

As part of the same event last Thursday, the de Blasio administration released a report on the city’s response to Sandy, including a long list of recommendations to provide financial relief to homeowners and businesses and engage communities directly in the rebuilding process.

Detailed in the document include a call to assign staff from the city Department of Buildings to work on Build It Back exclusively and eliminate priority levels to ensure that no applicant’s income will be used as a reason to disqualify him or her from accessing program funding. Previously, many residents in South Queens and Rockaway had been told they would not be labeled as a priority for Build It Back – meaning they may never receive funding – because they made too much. Among those being told that were seniors on fixed incomes and families with two parents who worked such middle-class jobs as firefighters and teachers.

De Blasio said the city would also offer residents relief from paying city water bills for homes still vacant following Sandy, as well as appoint borough directors in Queens, Staten Island, and Brooklyn who have the authority to direct city agencies to increase engagement with individuals impacted by the hurricane. He also promised to bring Build It Back staff directly into the community, including at various elected officials’ offices, among other initiatives.

An entire copy of the report may be viewed at http://www1.nyc.gov/assets/home/downloads/pdf/reports/2014/sandy_041714.pdf.

Echoing the sentiments of many residents who have had to take out second mortgages or empty college or retirement funds to get back on their feet after Sandy, Staten Island Borough President James Oddo said at the press conference that the government must issue more than words this time around.
“I’m somewhat reticent here to speak because, for 18 months, Staten Islanders and those folks impacted by the storm have been inundated with words,” Oddo said at last week’s press conference. “Much like the waves inundated them, they’ve heard from various levels of government lots of words and haven’t seen a whole lot of action. And I, frankly, don’t want to add to that.”

Still, Oddo went on to thank the mayor for pledging to speed the recovery process.

“We need that sole-minded, laser-like focus that we’ve seen this mayor demonstrate on some of the victories he’s had in the first few months on this issue,” Oddo said. “And he’s made that commitment, and we need that commitment to get it right after 18 months.”

Queens elected officials too stressed the need for immediate action.

“Mayor de Blasio and his administration has taken the bull by the horns in announcing [the] improvements to New York City’s Build It Back program,” Councilman Eric Ulrich (R-Ozone Park) said. “These changes are reassuring and welcome news to so many of my constituents whose lives were disrupted by Hurricane Sandy. The day when people can finally move back into their homes or get reimbursed for damage-related repairs cannot come soon enough.”

De Blasio’s announcement follows a City Council hearing at the end of March, when residents from throughout the city spoke for seven hours about their frustrations with Build It Back.

“So many of us have depleted our savings, have had to take personal and pension loans and max out credit cards to pay for living expenses – and are only holding on by a thread financially,” Michael Del Pino, of Broad Channel, testified at the hearing.