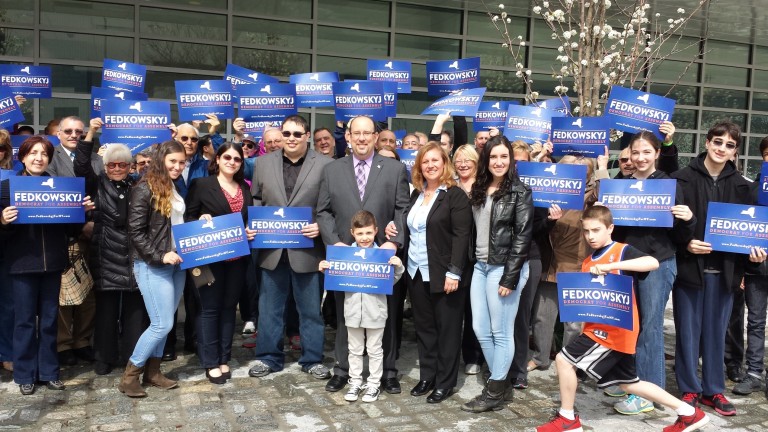 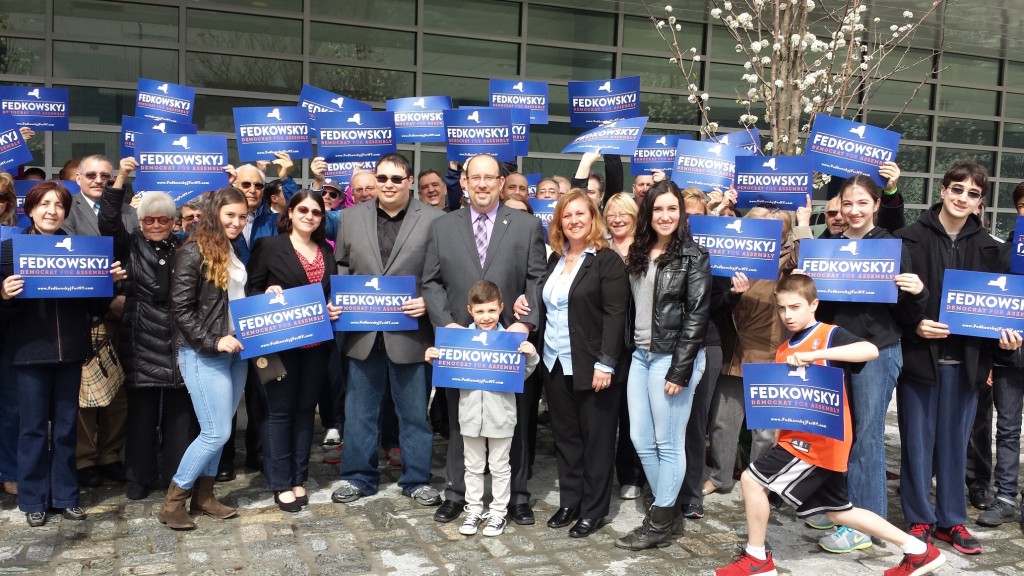 Five years on the city Panel for Educational Policy may have been only the beginning of Middle Village’s Dmytro Fedkowskyj’s political career, as the civic activist kicked off his campaign for Assemblywoman Marge Markey’s (D-Maspeth) seat last weekend.

After months of mulling over the move, Fedkowskyj etched his name into the mix to challenge Markey in a Democratic primary run for the 30th Assembly District. He picked Maspeth High School as his backdrop for the announcement Saturday morning.

“I’ve lived in this district for 46 years – my whole life,” he said in an interview with The Forum. “It’s something that I know very much about and I have made it a point to remain very active in the community – because this is how you benefit the people who live in it.”

The district, which covers Astoria, Maspeth, Middle Village, Long Island City, and Woodside, has been Markey’s territory since her election in 1998. She has been challenged by Republican Anthony Nunziato, but has been re-elected in each of her bids for the seat in Albany. She landed close to 70 percent of the vote in the 2012 general election.

A spokesman for Markey did not comment on Fedkowskyj’s run for Assembly, but confirmed the assemblywoman would be seeking reelection.

Fedkowskyj worked for nearly five years as former Queens Borough President Helen Marshall’s appointee to the PEP- an unpaid position for which time he often battled former Mayor Michael Bloomberg’s administration over such educational policies as school closures and funding for schools. Before that, he was a member of the mid-Queens Community Education Council 24. Not surprisingly, education has become a focal point of his platform.

“I’ve spent years connecting with the schools and their communities and understand what their needs and desires are,” Fedkowskyj said. “Parts of District 24 want capacity. Districts 26 and 29 want more ‘Gifted and Talented’ seats. Each need is different, and we need to understand that.”

He has already collected the support of some former colleagues, including Bill Kregler, another former member of CEC 24, and Angela O’Hehir, a former Parent Teacher Association member fro PS 58 in Maspeth. 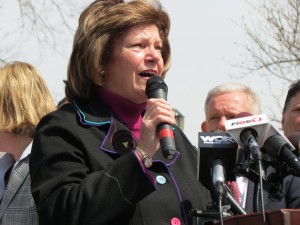 The Middle Village native said he hoped to help borough schools streamline special education services to ensure that children are cared for quickly and not put on a long waiting list to learn. He put education on par with other issues, like improving park space throughout the district and cleaning up existing green space.

Fedkowskyj has also been serving on Community Board 5, working closely with land use and education concerns on committees dedicated to those issues. Sitting on the community board, he said, has helped give him a front-row seat to some of the district’s most pivotal problems and concerns, which he said included retaining manufacturing jobs, inspiring business owners to stay in town and keeping businesses thriving.

Earlier this month, Fedkowskyj voted in favor of a controversial rezoning change before CB 5, which would make way for the development of an upscale residential building. Those in the opposition of the rezoning argued that residential development there would deter industrial and manufacturing jobs from operating in the area.

Another key issue specific to the 30th District and throughout the city has been pedestrian safety, Fedkowskyj said. Under the title of community advocate, Fedkowskyj took to Grand Avenue in the bitter cold of February to publicly call on the city Transportation department to address a dangerous intersection near 69th Place, where 68-year-old Angela Hurtado was killed by an unlicensed driver.