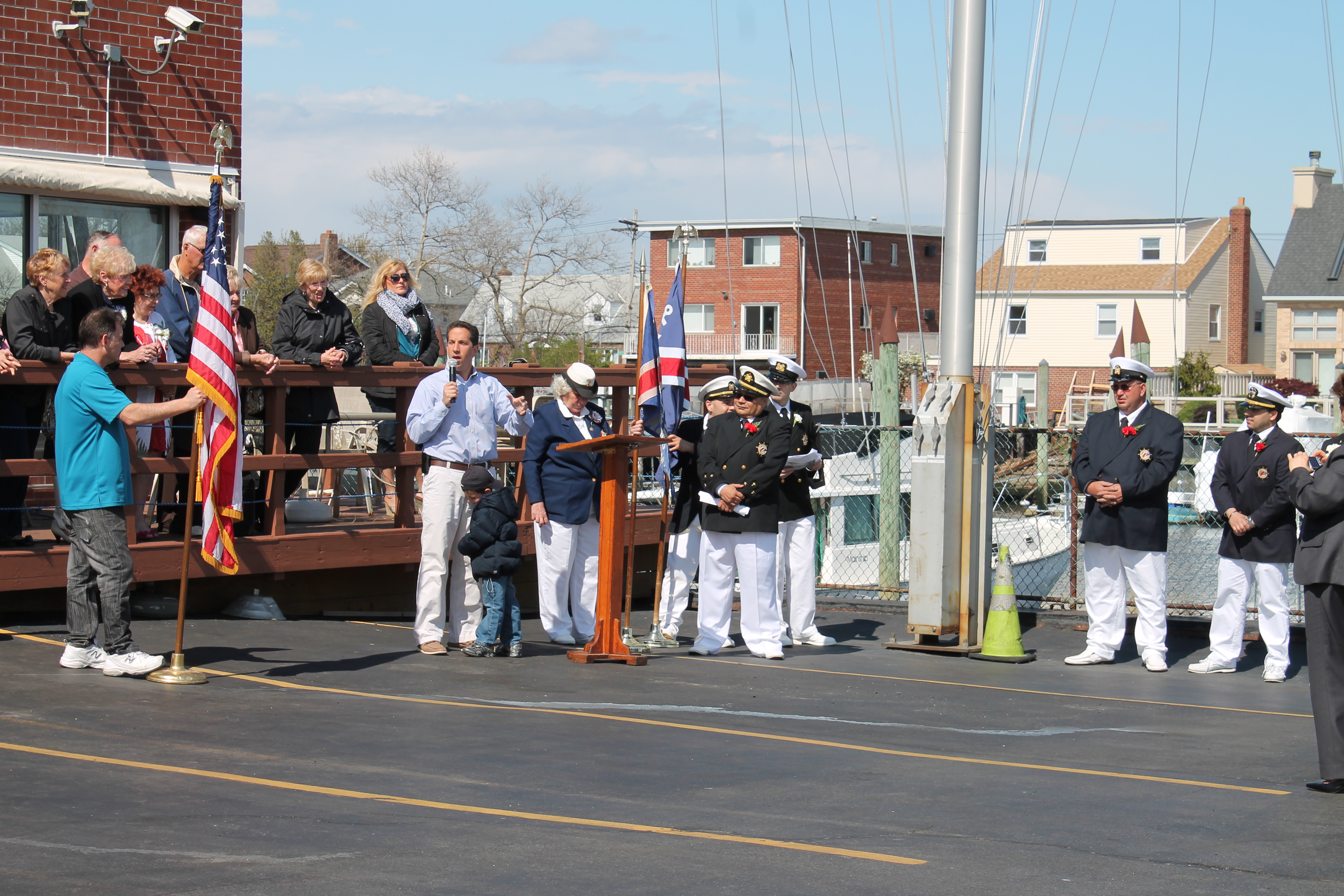 During the ceremony, held at its building at 162-31 Cross Bay Blvd. in Howard Beach, members raised flags to kick off the season and paid tribute to past members.
Located on the banks of the Shellbank Basin, the yacht club was founded in 1894 and boasts a long history of being home to sailing aficionados, as well as community gatherings.