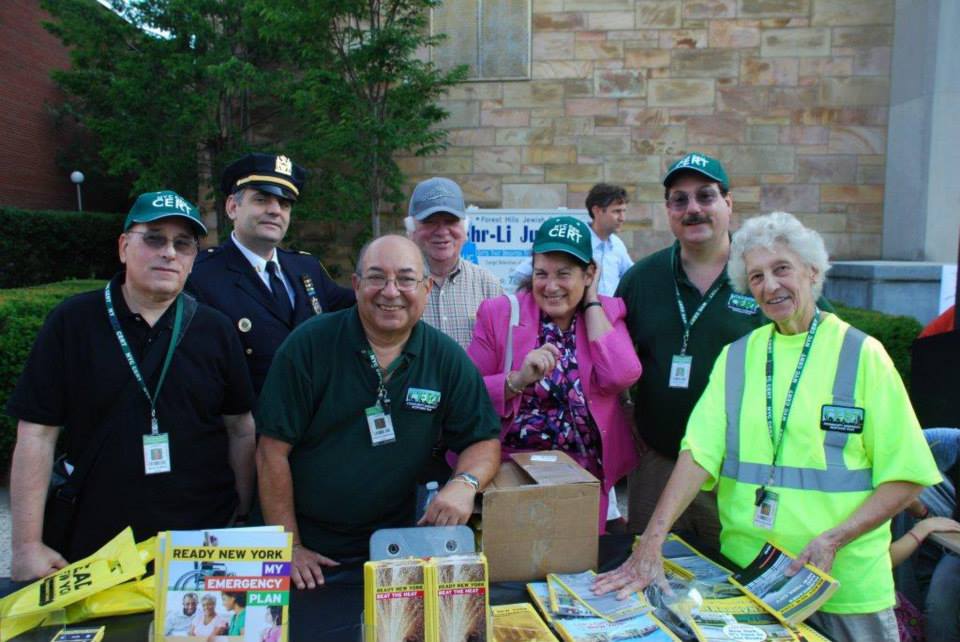 Their diligence during times of distress helped land this crew top honors from the city.

The Community Board 6 Forest Hills/Rego Park Community Emergency Response Team was granted the citywide deployment award for its exceptional service over the past year, a spokeswoman for the Office of Emergency Management said. It was the first time the nearly 20-member group received such a distinction after pulling in the same award last year, but only for the borough of Queens.

“I just think it’s fantastic that the city is recognizing our volunteers,” said Heidi Chain, one of the two team leaders. “We are all volunteers who have devoted time to getting trained and helping our community and many others others throughout the city.”

The group started training in 2004 with help from the city OEM to battle things like small fires, traffic and crowd control, rescue efforts and assisting in disaster situations, Chain said. Volunteers have also spent the past decade delivering lectures throughout the borough and distributing literature to keep the community better prepared for an emergency.

A spokeswoman for the OEM said the Forest Hills/Rego Park team was designated for the annual award for its outstanding job in preparedness and response in the mid-Queens community. She pointed to the group’s exceptional efforts in the prolonged search of 14-year-old autistic teen Avonte Oquendo late last year as one of the reasons it was chosen for the top honors.

“This is a team that has gone above and beyond over the course of the past year,” she said. “They have shown great leadership and have been an enormous help to the city.”

Members of the Forest Hills and Rego Park bunch were organized and hitting the pavement to hand out Police Department literature and getting the word out in hopes of finding the missing boy. His remains were found earlier this year when they washed ashore in College Point.

But the group has also been trained to do much more than distributing literature and helping search for missing people. Chain said the volunteers have been especially busy in 2014 after such a high number of snowstorms and other drastic weather events. Once the severe weather arrives, Chain said the members survey fallen trees and power lines and coordinate with city agencies to ensure an adequate response.

During Superstorm Sandy, Chain said the volunteers were pivotal in the city securing and distributing donations. Even when the building exploded in East Harlem earlier this year, the OEM dispatched volunteers citywide for help and several members of the Forest Hills and Rego Park team responded.

“We’re helping all over the city, not just in our own community,” Chain said. “And when we’re not doing that, we are educating the community as well.”

Anyone looking to get involved was asked to call the CERT hotline at (718) 422-8585. Anyone interested could also contact the community board, as the volunteer corps serves a committee of the body.