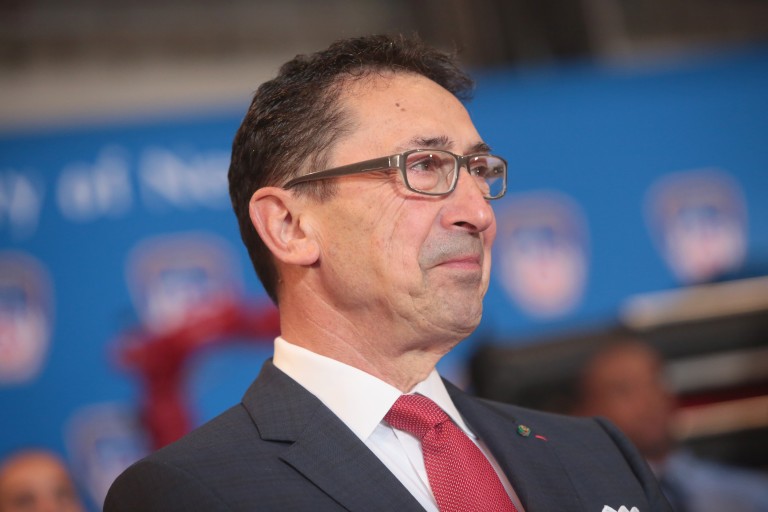 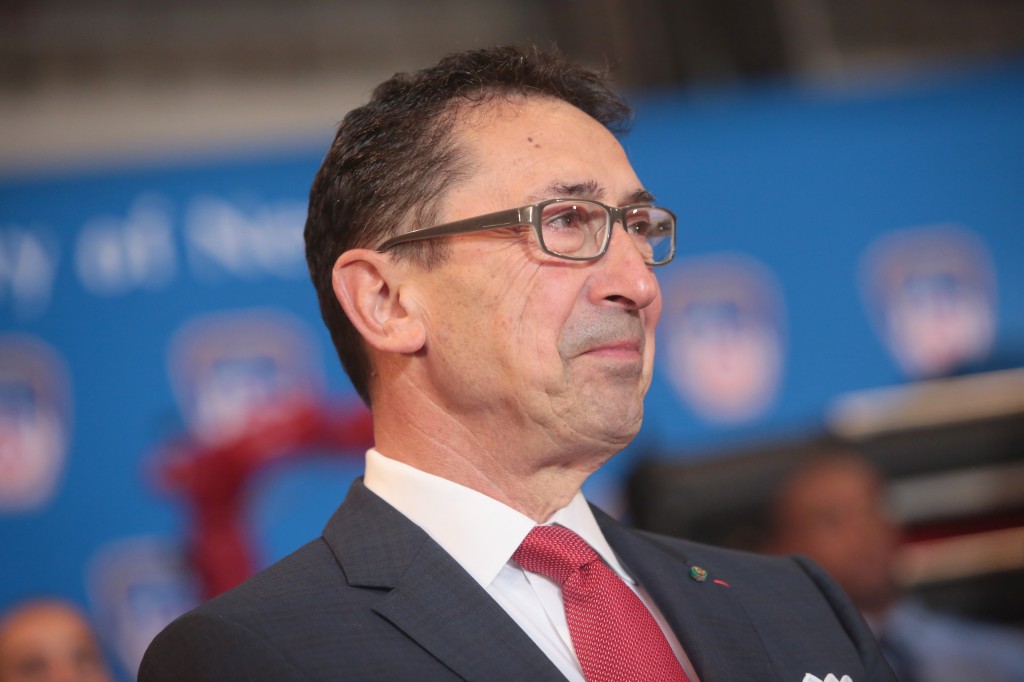 Daniel Nigro, a longtime Whitestone resident, was appointed last wek as the new commissioner of the FDNY. Photo by Ed Reed/NYC Mayor’s Office

It is impossible for Daniel Nigro, the FDNY’s new commissioner, to remember a time when the fire department wasn’t a part of his life.

Growing up in Bayside, Nigro’s father was a firefighter and “the fire department was with us at the dinner table every night,” the FDNY leader said during Friday’s press conference at which Mayor Bill de Blasio announced the appointment. Nigro replaces ex-FDNY Commissioner Sal Cassano, who led the department during former Mayor Michael Bloomberg’s administration.

“In 1969, as soon as I was old enough to join, I entered the department with a smile that was ear-to-ear,” said Nigro, who has long lived in Whitestone with his family. “And I can still remember how happy and proud I was.”

A 32-year veteran of the FDNY who has held every uniformed rank in the department, Nigro has been credited with helping to lead the FDNY during some of its darkest days immediately following the Sept. 11, 2001 terrorist attacks – in which 343 firefighters were killed. He was appointed chief of department on the afternoon of Sept. 11, 2001 and led the department through search, rescue, and recovery operations at Ground Zero. He retired from the FDNY just before the first anniversary of the Sept. 11 attacks.

“Truly, the events of 9/11 and the people of 9/11 never leave me,” said Nigro, who replaced his good friend, Peter Ganci Jr., who died on Sept. 11, 2001, as the chief of department. “…The Fire Department was great before that day; it was exemplary on that day. I always wanted to be a part of the Fire Department. Coming back to it is a dream – a dream come true.”

“Once you become part of the fabric of the FDNY, you are forever woven into the rich history and traditions of our job,” Ganci said. “History and traditions that have been forged over 150 eyars of crawling down long, smoky hallways, and always being there when people need us most. Chief Nigro is part of that long history, and I couldn’t be prouder now to call him Commissioner Nigro.

Saying he knows Nigro “has what it takes to lead the FDNY forward,” de Blasio said the new commissioner will work to increase diversity and maintain the department’s commitment to swift response times – something that has been criticized following a Far Rockaway fire that killed two young children. According to reports, the blaze that killed two 4-year-olds were first reported at 11:51 p.m. Firefighters arrived within minutes, but an ambulance did not appear on the scene for another nine minutes.

“From reducing EMS response time, to fixing our 911 call system, to increasing workforce diversity, especially in hiring more women, we have a lot to do in the fire department,” said Councilwoman Elizabeth Crowley (D-Middle Village), the chairperson of the Council’s Fire and Criminal Justice Committee.