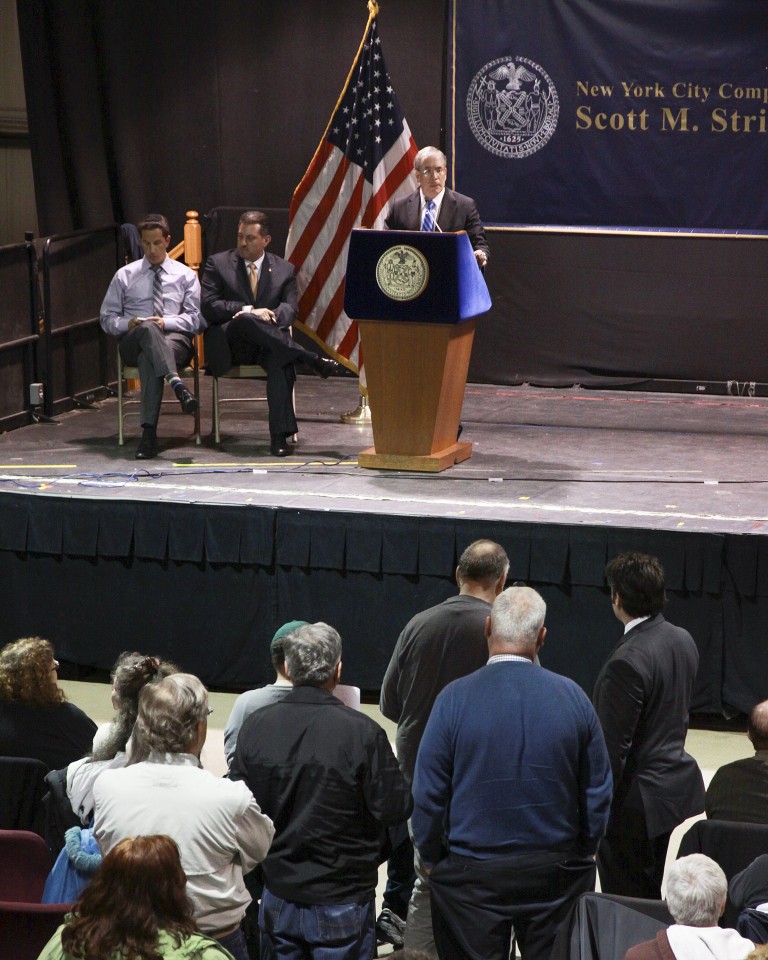 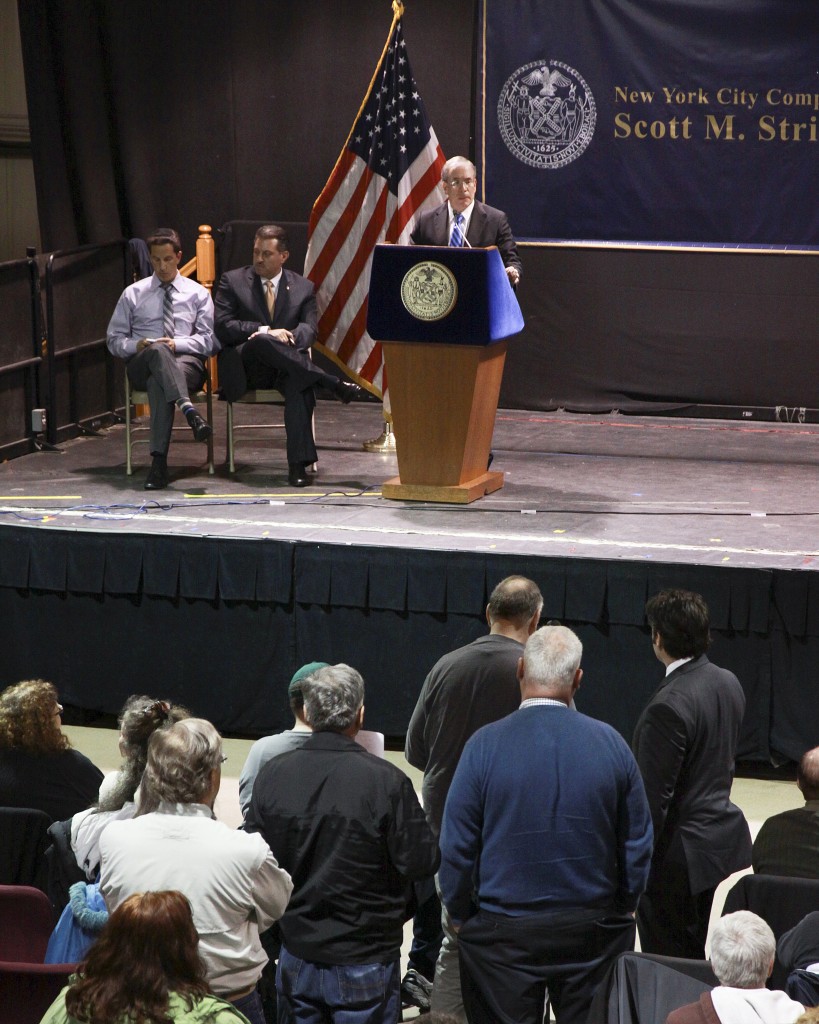 Residents who have struggled after Hurricane Sandy are encouraged to share their frustrations at City Comptroller Scott Stringer’s upcoming hearing in Arverne – from which the city’s head financial watchdog said he expects to glean more insight into what many residents have lambasted as a painfully slow recovery process.

“My job is to monitor city agencies, to root out waste and fraud,” Stringer said in an interview with The Forum this week. “I’m very committed to using the role of comptroller to make it easier for people to rebuild. To do that, we need to get public input.”

Stringer is holding a series of meetings across neighborhoods devastated by Sandy at the end of October 2012 to solicit community input on what his office should examine as it develops an integrated audit plan of issues surrounding the city’s response to Hurricane Sandy. The next meeting will be held May 20 from 7 p.m. to 9 p.m. at Mt. Carmel Baptist Church at 348 Beach 71st St. in Arverne. The comptroller has held two other meetings, one on April 30 in Breezy Point and another on May 6 in Coney Island.

The final meeting will be held May 28 at Olympia Activity Center on Staten Island.

“The stories I’ve heard in Breezy Point and Coney Island were simply shocking,” Stringer said in the same interview.

The comptroller recently announced that, following a litany of complaints from residents slamming the city for what they said was a snail-like speed to aid individuals whose lives had been turned upside down by Sandy, he would audit Build It Back, the program that former Mayor Michael Bloomberg set up to help individuals across the city rebuild.

“There are 8,700 single-family houses that registered in Queens, and only two constructions have been completed,” Stringer said. “This on its face is outrageous… If we’re going to move this process, we need to drill down to why this is taking so long.”

More than 20,000 households have applied for help through Build It Back, and residents have detailed numerous frustrations with the program, from lost paperwork to the city using incorrect information about them to calculate what kind of financial help it can lend.

Mayor Bill de Blasio directly addressed these concerns last month, when he announced during a press conference on Staten Island an overhaul of the city’s Sandy response, including a promise to begin construction on at least 500 homes by the summer’s end. Additionally, the administration said it aimed to issue at least 500 reimbursement checks for families that have already paid for Sandy repairs. Numerous people in South Queens have taken out loans and emptied retirement funds to repair their houses in order to move back into their homes.

City officials have stressed they are working on overdrive to aid residents still struggling after Sandy, and de Blasio also recently included in his budget proposal funding to help storm victims and increase staffing at Build It Back. Officials have also emphasized that, as of Dec. 31, 2013 – Bloomberg’s last day in office – there were zero construction starts and no reimbursement checks had been issued. As of the first week of May, 288 reimbursement checks had been sent out and there were 99 construction starts.