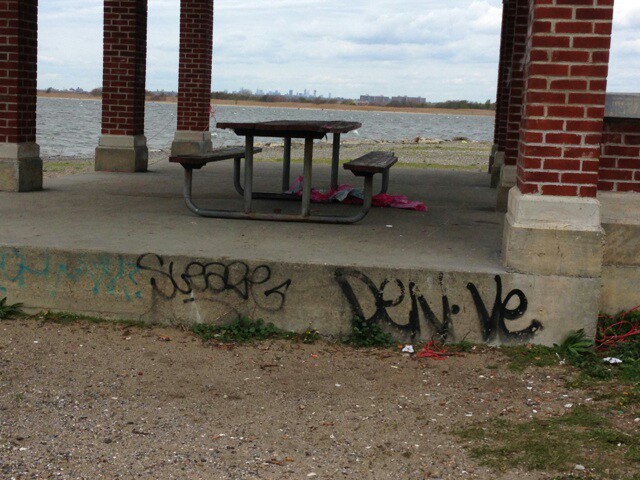 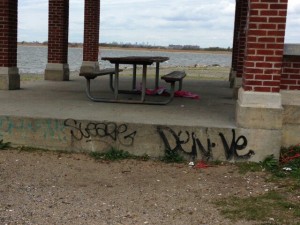 Area residents said they were concerned that the National Park Service is proposing expanded public use of Gateway, in part because they said NPS does not adequately care for land it owns that is now open to the public. Courtesy Photo

The National Park Service has released its final general management plan and environmental impact statement for Gateway National Recreational Area, which includes such areas as Jamaica Bay Wildlife Refuge and Howard Beach’s Charles Park, and announced it is backing a plan that includes a variety of recreational activities in South Queens, including hiking trails, bicycles infrastructure, and camping.

The recommendation follows four years of federal parks representatives working with area civic leaders, elected officials, and residents. The public now has a little less than 30 days to read the final proposal, which is almost certain to become greenlighted within the month.

While the adoption of the plan is most certainly a reality, the implementation of it is not, area residents stressed, noting that many of the proposals put forth in the National Park Service’s general management plan from more than 30 years ago never came to fruition.

Still, Gateway National Recreation Area Superintendent Jennifer Nersesian wrote in a letter to the community that NPS hopes to see much, if not all, of the plan become a reality, sooner or later.

“As the life of this GMP is expected to be 20 years, it may be many years before some of the projects in this plan are funded and implemented,” she wrote.

Among the initiatives detailed in the plan are such “improved amenities and recreation facilities” as trails and campsites, more community-based recreation such as sports leagues and event spaces, environmental educational programming, development of water trails, and expansion of beach access.

“Under this alternative, the park lands would provide opportunities for youth and families to experience nature and develop the skills and knowledge that will foster a lifelong stewardship and enjoyment of the outdoors,” the NPS wrote.

The final management plan drew both praise and criticism from area leaders.

“I commend the National park Service for taking the community’s concerns into consideration and making necessary changes to include residents’ suggestions in the final plans,” Assemblyman Phil Goldfeder (D-Rockaway Park) said. “This plan marks the beginning of a path to restore our marsh lands and ensure Jamaica Bay continues to be the community gem we all treasure for many years to come.”

Community Board 10 Chairperson Betty Braton stressed that federal officials need to take into consideration in future projects that area residents’ main concern is regarding flood mitigation.

“Right now, in terms of the Gateway land to the west of Cross Bay Boulevard, where the state is planning a major mitigation project, that is paramount – getting that work done to protect at least a segment of our community from the impacts of future Sandy-like storms,” Braton said.

Howard Beach Lindenwood Civic President Joann Ariola said she and a number of area residents are considerably alarmed by the park service’s announcement.

“Our worst case fears were realized when the plan was made public,” said Ariola, who stressed that many residents do not want to see a mass influx of people using land a stone’s throw from their houses.

“There are lesser-sized properties owned by Gateway National Park – such as Charles Park and the two parking lots on the Broad Channel side of the North Channel Bridge – that are so ill-kept with graffiti and debris,” Ariola continued. “How can we expect them to enforce the law and keep clean a property that is so large when they cannot keep clean or enforce laws on the properties they already have open for public use? And that’s just the beginning of what we can see as a potential hazard in the community.”

State Sen. Joe Addabbo Jr. (D-Howard Beach) said that “while we want people to enjoy our public lands,” there have, like Ariola said, been “areas that have been misused.”

“I also told the National Park Service that with use of this land must come funding,” Addabbo said. “For far too long we haven’t seen funding that we should’ve gotten – whether it’s for Charles Park or other land.”

Residents will have a chance to learn more about the type of public use being proposed for Gateway National Park at the next Jamaica Bay Greenway Coalition meeting, which is scheduled for Saturday, May 17 at 10:30 a.m. at the Jamaica Bay Wildlife Refuge.