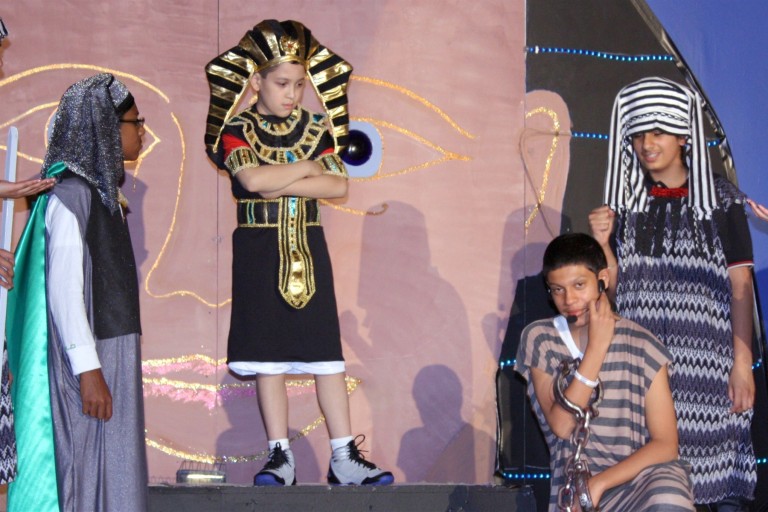 A cast of 80 students thrilled audiences with their rendition of “Joseph and the Amazing Technicolor Dreamcoat” last Friday and Saturday. Courtesy St. Mary Gate of Heaven School

The St. Mary Gate of Heaven School auditorium in Ozone Park was an explosion of talent, song and dance Friday and Saturday, as a cast of 80 students drew thousands of overjoyed theater-goers to their rendition of “Joseph and the Amazing Technicolor Dreamcoat.”

Following a nearly countless number of hours spent rehearsing the musical, which features lyrics by Tim Rice and music by Andrew Lloyd Weber, students in first- through eighth-grades regaled thrilled audiences with the biblical saga of Joseph and his coat of many colors.

“I knew the story of Joseph and his coat, but with the musical, you get to switch gears from reading the Bible to putting it on a stage – it’s exciting,” said Nick Mejia, who played Joseph. 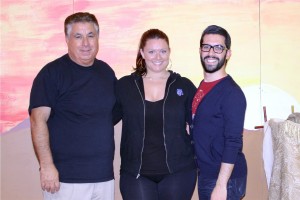 Directed by Vinny Napolitano, choreographed by Melissa Planty, and produced by Frank Gulluscio, the musical brought students together to create a performance the actors and actresses said they would never forget.

“We all bonded with this,” said Nick, who will attend the High School for Construction Trades, Engineering and Architecture next year – but who noted he will always feel a part of the St. Mary Gate of Heaven School community.

Originally launched as a fundraiser decades ago, SMGH’s annual musical has evolved into a professional-level production, complete with costumes and a set made by dedicated members of the school’s community. A professional choreographer also worked with the students on this year’s musical. 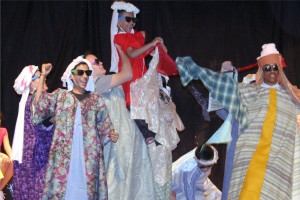 The young actors and actresses said they formed an unbreakable bond while spending countless hours working on the musical. Courtesy St. Mary Gate of Heaven School

“We’ve really taken it to another level,” said Gulluscio, who has been involved with SMGH’s musical for 40 years.

Anna Murray, who has designed costumes for the shows for more than two decades, too said she has been thrilled to see the shows grow by leaps and bounds – as well as the camaraderie between the students.

“They form incredible bonds at the school, and this show is a big part of that,” said Murray, who works with a team for months to design the more than 200 costumes in “Joseph and the Amazing Technicolor Dreamcoat.”

From the youngest first-graders to those about to graduate, the students said they could not emphasize enough the importance of the musical. From their pride over a professional level show to the creative outlet it allows them, the young actors and actresses said the annual performances are truly ones that help to shape their lives. Gulluscio noted that many of their graduates go on to performing high schools.

“For the eighth-graders, this is a great show to say goodbye,” said Nishta Jaikanan, who plays a narrator and has been involved in such past performances as “Beauty and the Beast,” “Aladdin,” and “Little Mermaid.”

“Every year, the shows get better and better,” Nishta said.

Tiffany Vega, like many of the students, called the cast “a family.”

“Whatever’s going on at home – stress, family stuff – you can come here, express yourself and be free,” she said. 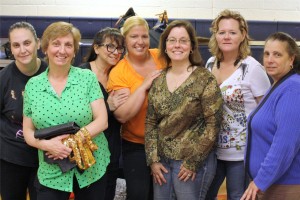 Many in the show said it helped to boost their sense of confidence. Courtesy St. Mary Gate of Heaven School 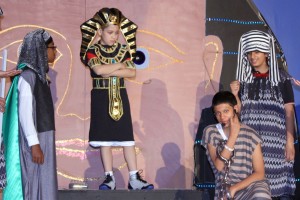 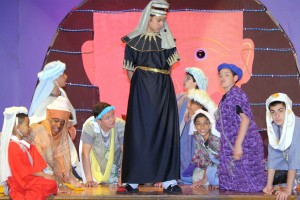