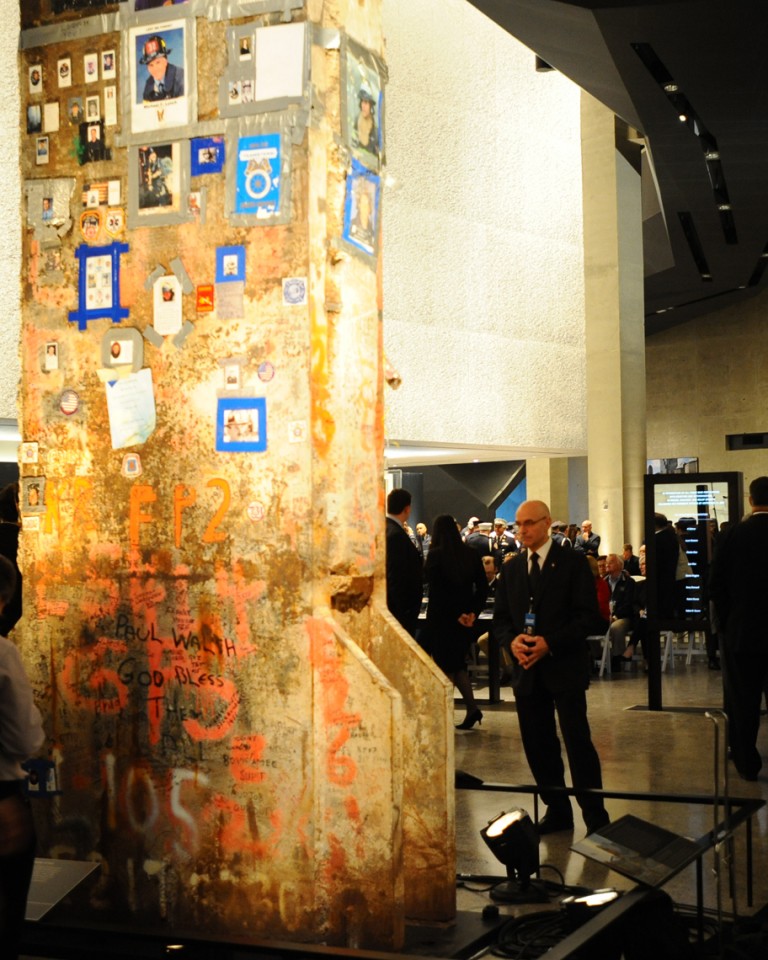 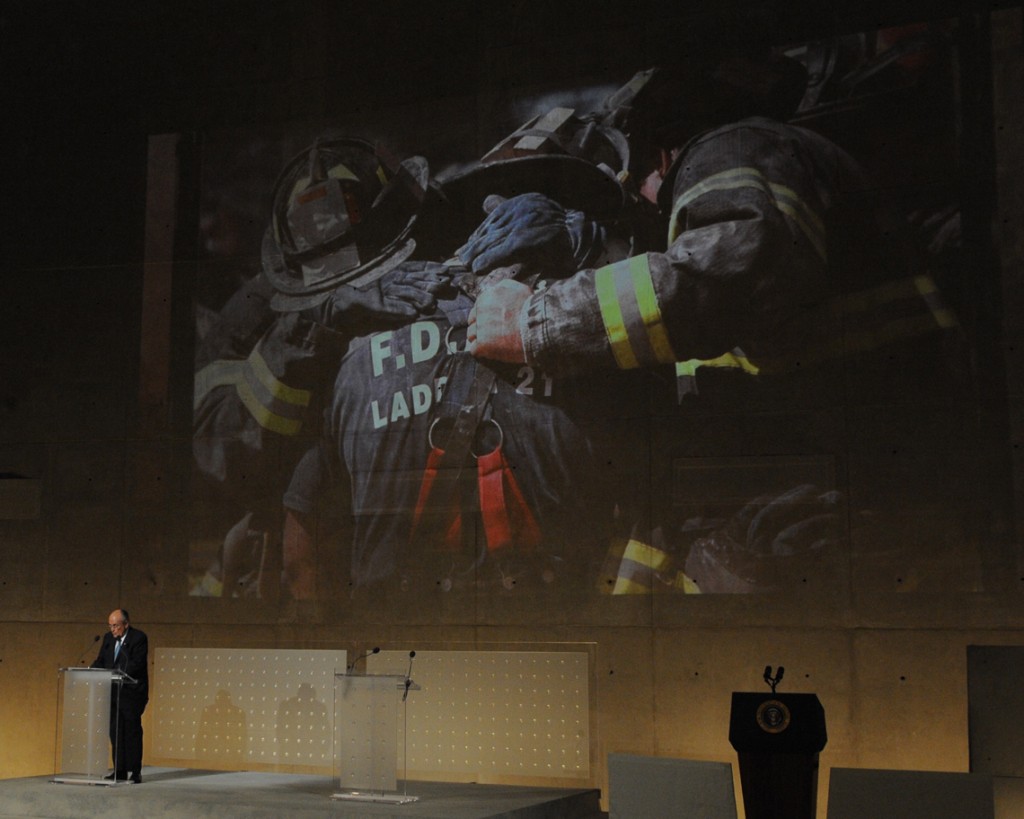 Former Mayor Mayor Rudy Giuliani speaks about the attacks of Sept. 11, 2001 at last week’s ceremony marking the opening of the museum. Photo courtesy the FDNY

As the National September 11 Memorial Museum in Manhattan opened last week, to the somber sound of residents remembering a day forever etched into memory and the criticism of some who have railed against the space as offensive, New Yorkers began viewing a museum that is filled with once ordinary items that have become extraordinary.

There is the red wallet of 27-year-old Genni Gambale, who was trapped in the north tower when American Airlines Flight 11 crashed into it; the final beam removed from the World Trade Center site, now covered with the photos and names of victims; bloodstained high heels worn by a woman fleeing the south tower.

There are 12,500 objects – everything from pieces of American Airlines Flight 11 to the charred remnants of a firetruck to letters victims once wrote to those they loved – in the museum, which opened last Thursday, as well as 1,995 oral histories and 580 hours of video about the terrorist attacks on Sept. 11, 2001 – a day when 2,983 people died.

FDNY members were part of the Honor Guard that opened the ceremony.
Photo courtesy the FDNY

“A simple pair of shoes – what could they possibly tell us about 9/11?” asked Mayor Bill de Blasio, one of a long list of elected officials who attended the ceremony, including President Barack Obama, Gov. Andrew Cuomo, and former Mayor Rudy Giuliani. “About the choices and close calls, about the quarter-mile climb down a staircase filled with falling ceilings, crowded with colleagues and confusion, about making it our – or not.

“Ordinary, everyday objects that we find here in the museum – a wallet, a ring, an ID card, a telephone – are unlikely, but powerful keepsakes, which help us understand the events of that day in human terms,” de Blasio continued. “Each piece carries with it another story, one that might have been our own.”

While emergency responders and the families of victims attended the museum’s opening, there has been intense criticism over the facility, with many victims’ families lambasting the city for placing 8,000 unidentified remains underground at the museum – which costs $24 to enter and includes a controversial gift shop. 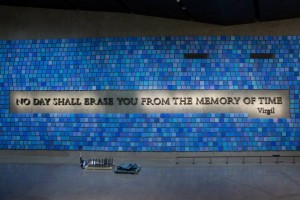 A quote from Virgil, an ancient Roman poet, emblazons one of the museum’s walls. Photo courtesy the National September 11 Memorial Museum