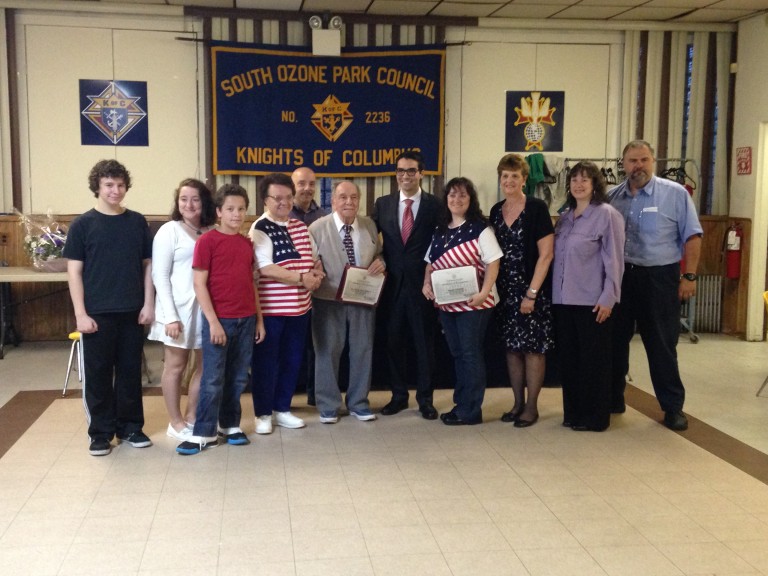 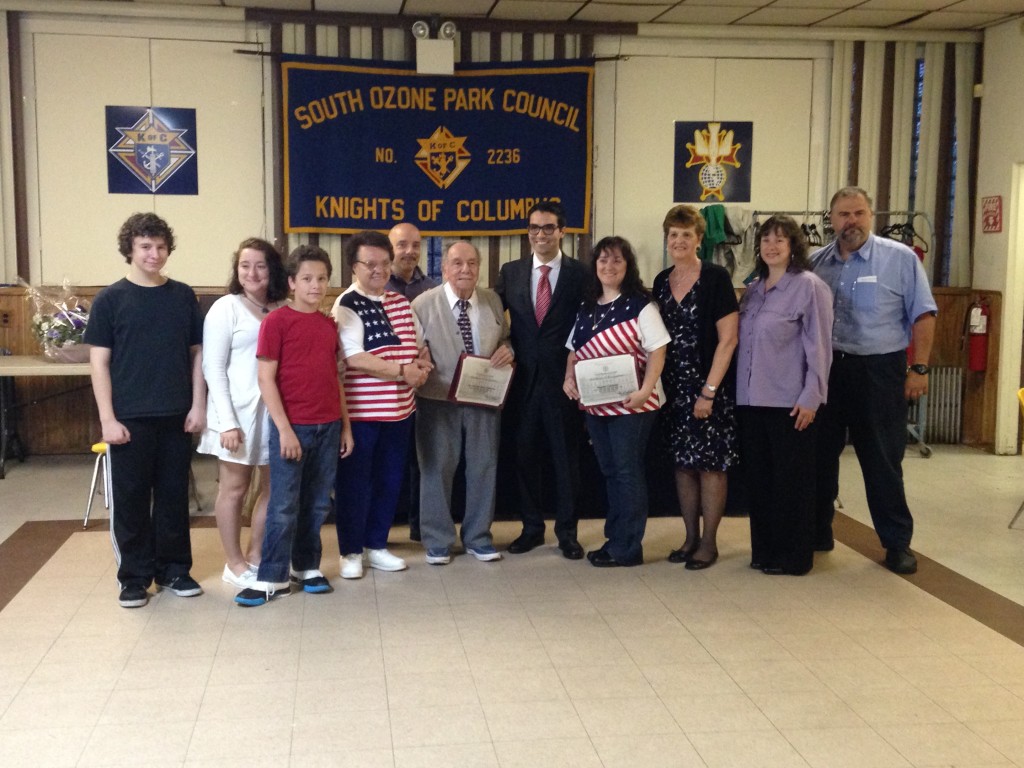 On the eve of Memorial Day weekend the Richmond Hill South Civic Association gathered to honor a family that honors those who serve their country.

The association honored Sam, Phyllis and Angela Cipriano, who raised more than $250,000 for soldiers as part of a coupon drive that benefits the men and women serving overseas.

Councilman Eric Ulrich (R-Ozone Park) thanked the Cipriano family and presented them with a certificate of recognition for all the hard work they have done for both veterans and their community. He thanked them for their kind acts of selflessness.

“They have made their coupon drive the most successful one I have ever heard of,” he said.

A representative for Queens Borough President Melinda Katz presented the Cipriano family with a citation of honor. The civics association presented them with flowers as a small token of their appreciation.

A representative from state Sen. Joe Addabbo Jr. (D-Howard Beach) presented the Cipriano family with a certificate acknowledging them for their services, which “is the lifeblood of our community and state and so often goes unrecognized.”

A representative from Assemblyman Mike Miller’s (D-Woodhaven) office presented the Ciprianos with a citation, stating “we need more people like you not just in our community, but everywhere.”

A representative from Assemblywoman Michelle Titus’ (D-South Ozone Park) office presented the Cipriano’s with a citation, thanking them for their selfless acts.

Everyone in appreciation were informed of another way they could help the veterans.

Ulrich emphasized the importance to help war veterans. Ulrich, the chairman for the City Council’s Veterans Committee, said the high number of unemployed veteran is a sad reality. He spoke about a free job fair for veterans, which was held at Russo’s on the Bay in Howard Beach, on Sunday.

Representatives from the Mets, NYPD, Russo’s on the Bay, Resorts World Casino, Helmets for Hardhats and Madison Square Garden were present at the job fair. 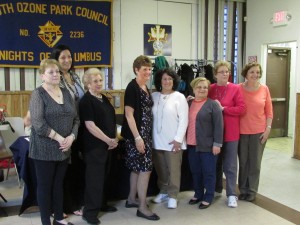 The members of the Richmond Hill South Civic Association were sworn into their positions during the meeting. Margaret Finnerty, fourth from left, will serve as the group’s president for her 21st year. Photo by Michael Florio

“Supporting our troops is the most important thing we can do this weekend,” he said. “There is no better time to help and honor those veterans that have made so many sacrifices on our behalf.”

Deputy Inspector Jeffrey Schiff, commanding officer of the 106th Precinct, spoke about the crime spike in South Queens. Just last Thursday the precinct arrested a group of five youngsters, four of which were under the age of 18, for breaking into a garage.

“Any kid that is doing anything illegal, we are putting them in handcuffs and calling their mothers and fathers,” he said.

Car theft is up 85 percent in South Richmond Hill, driving the crime rate in the precinct. Schiff said they have more officers patrolling, their plate reader, which can identify a stolen car based on the license plate number, is out searching as well as task force units.

Last week saw nine cars be stolen, the most the precinct has ever seen in a one-week span. One individual who is responsible for over 20 thefts, at least a dozen in Queens, has been locked up.

“We have him which helps, but there is another crew, or tow trucks, who knows that is still stealing our cars,” Schiff said. The precinct is reaching out for any information that can help.

The members of the Richmond Hill South Civic Association were all sworn back into their positions this meeting. This is the 21st year Margaret Finnerty will be serving as president of the board.