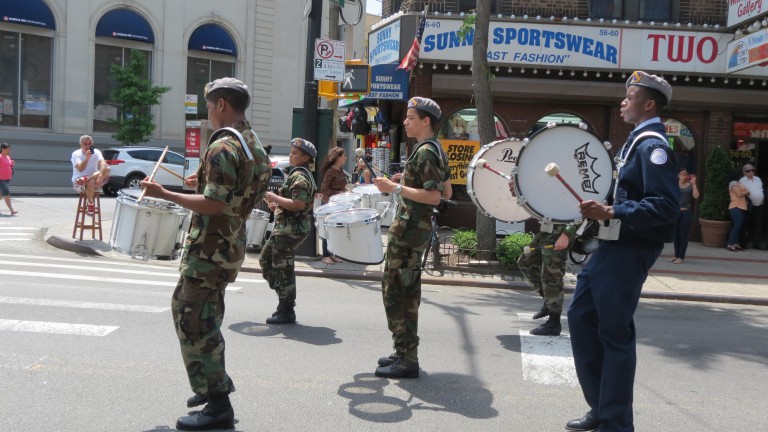 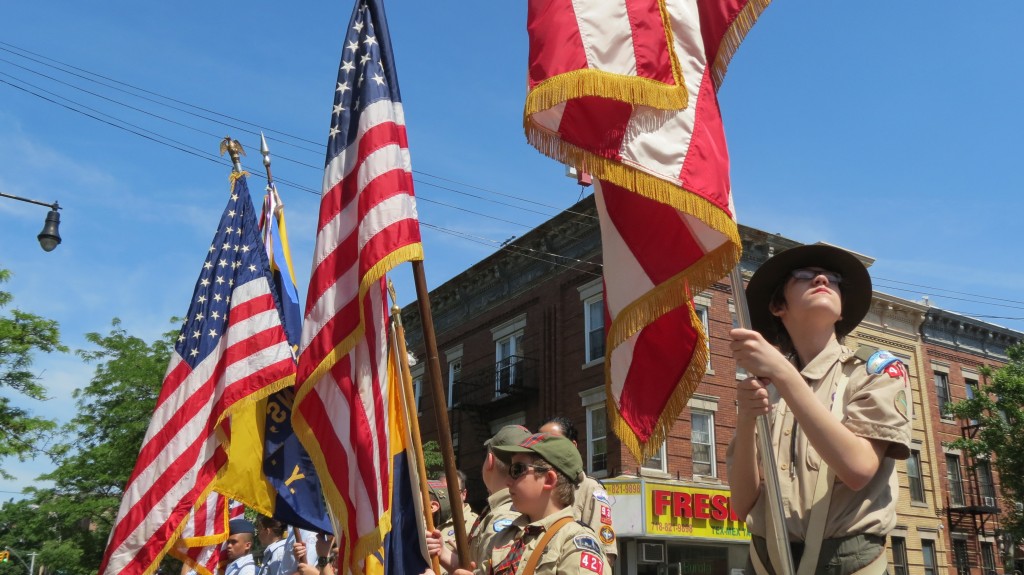 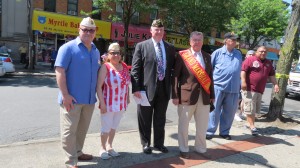 The 76th annual Memorial Day parade sponsored by the Allied Veterans’ Memorial Committee of Ridgewood and Glendale drew thousands of people to Myrtle Avenue Monday, when veterans, civic leaders, elected officials, and other residents paid tribute to the men and women who gave the ultimate sacrifice for their country: their lives.

Everyone from the very young to the very old lined Myrtle Avenue, waving American flags and cheering on the marchers as they traveled from the Ridgewood Memorial Triangle, where Monday’s event kicked off, to the Glendale Veterans Triangle, where the ending ceremony was held. 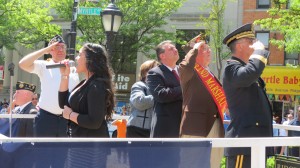 The Allied Veterans’ Memorial Committee, which is made up of six area organizations, honored Charles Dunn, a Korean War veteran and a longtime Ridgewood resident, as the parade’s grand marshal.

“I got married in 1951, we had our honeymoon in upstate New York, and then I had a second honeymoon on Parris Island,” Dunn laughed, referring to the U.S. Marine recruiting depot in South Carolina.

“You got up in the morning and dressed fast,” said Dunn, who went on to serve in the New York Police Department for decades. 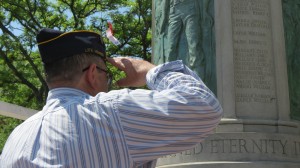 A veteran salutes the Ridgewood War Memorial during the parade’s opening ceremony. Photo by Anna Gustafson

Like many of the veterans present, Dunn stressed the importance of remembering those no longer here.

“I believe there are others much more deserving than I,” Dunn said humbly in reference to being named the grand marshal.

Speaking to the crowd Monday, retired U.S. Army Major General Evo Riguzzi urged veterans – and all residents – to continue honoring the military men and women who have died, particularly at such events as Memorial Day parades.

Retired U.S. Army Major General Evo Riguzzi spoke during the parade about the importance of attending events that honor those who have given their lives for their country. Photo by Anna Gustafson

Some of the marchers got a bit of a boost when it came to having to traverse the entire route. Photo by Anna Gustafson

A marcher entertains those lining the street to catch a glimpse of the parade. Photo by Anna Gustafson

Community Board 5, like many area organizations, was well represented. Photo by Anna Gustafson 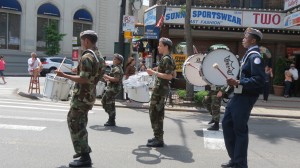 Marching band members got many rounds of applause from the crowd. Photo by Anna Gustafson

Many of the younger residents attending the parade could hardly contain their excitement as the parade passed by them. Photo by Anna Gustafson