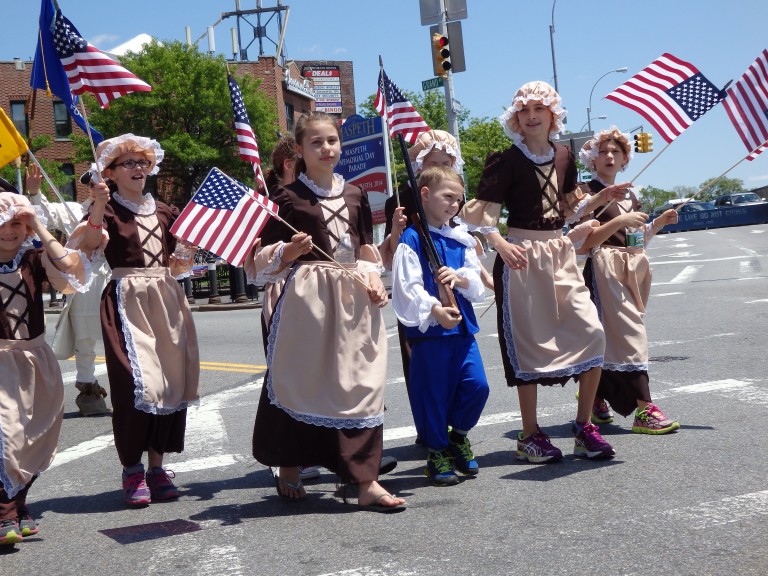 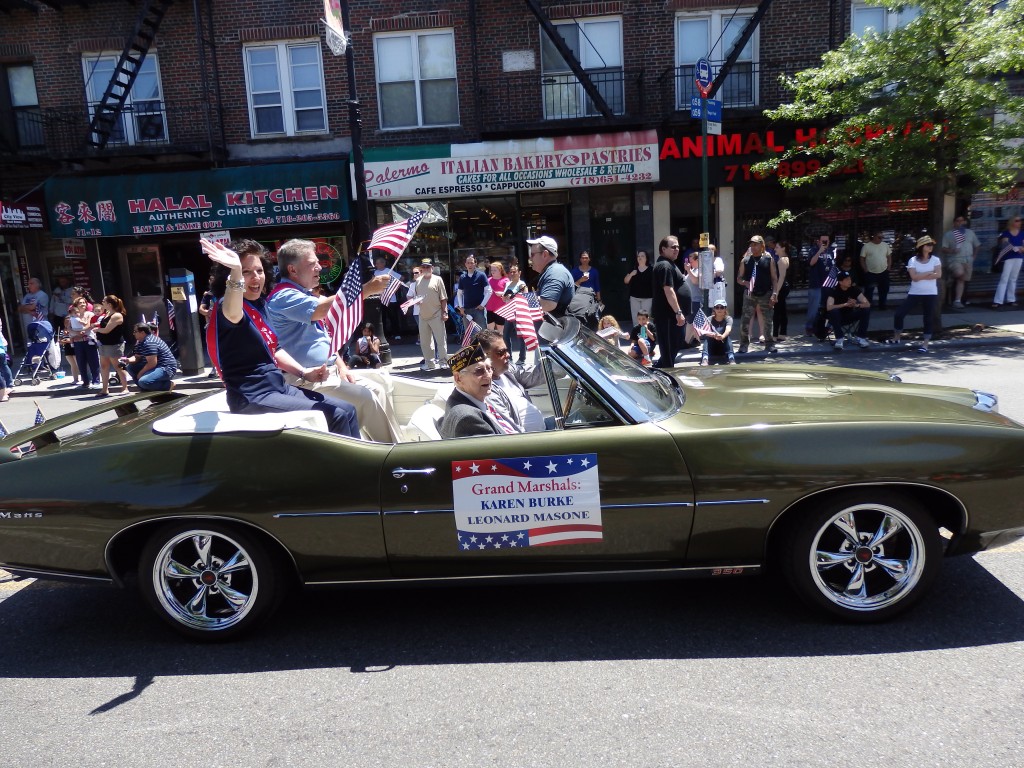 The people of Maspeth took this Memorial Day as an opportunity to send a special thanks to the many women who put it all on the line for their country. 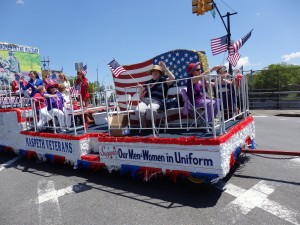 A parade float drives home the theme of this year’s Memorial Day Parade in Maspeth, “Women in the Military.” Photo by Phil Corso

This year’s theme, “Honoring women in the military,” added another shining chapter in the mid-Queens community’s proud tradition of Memorial Day festivities. A booming parade filled with community groups, elected officials, and residents made its way down Grand Avenue on the sunny Sunday afternoon and circled back to Maspeth Memorial Park for a ceremony commemorating the neighborhood’s heroes.

“It is for these women in the military, whether they are veterans or not, that we assemble today to thank them in some small way in our public display,” Sgt. Jack Hallahan, 69th Regt. Chaplain said to open up the ceremony. “So let us put ourselves in the presence of the God who made us all as we continue our expression of gratitude in the year for the women who served us in our country’s military.” 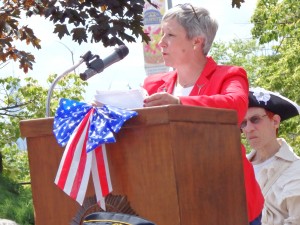 U.S. Army veteran Laura Zimmerman delivered a moving speech as guest speaker in honor of America’s female heroes whose histories have not been written about. Photo by Phil Corso

Laura Zimmerman, of the U.S. Army, served as guest speaker and spoke of the proud heritage women have serving in the military. She said it was a history that has not often been written about and deserved its due diligence.

“The actions taken by women who have supported our military have made the future for female soldiers must easier to face,” she said.

Kenneth Rudzewick of Maspeth Federal Savings Bank emceed the festivities, honoring the grand marshals of the day and giving thanks to the many community groups playing a role in the celebration. He gave a rousing introduction to both grand marshals of the day, Karen Burke and Leonard Masone, for their service to both Maspeth and the United States. 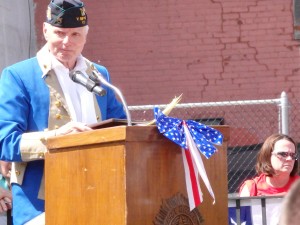 Burke, born and raised in Maspeth, has been an integral organizer in the community’s past Memorial Day parades and was celebrated Sunday as a proud wife, mother and neighbor. She has worked for over a decade with the United Veterans and Fraternal Organizations of Maspeth and has a son stationed in Virginia with the United States Navy.

“As you can see, Len has been a vital part of the Maspeth community,” Rudzewick said in the prepared statement. “He has committed his time and effort to help make our neighborhood a great place to work and live.”