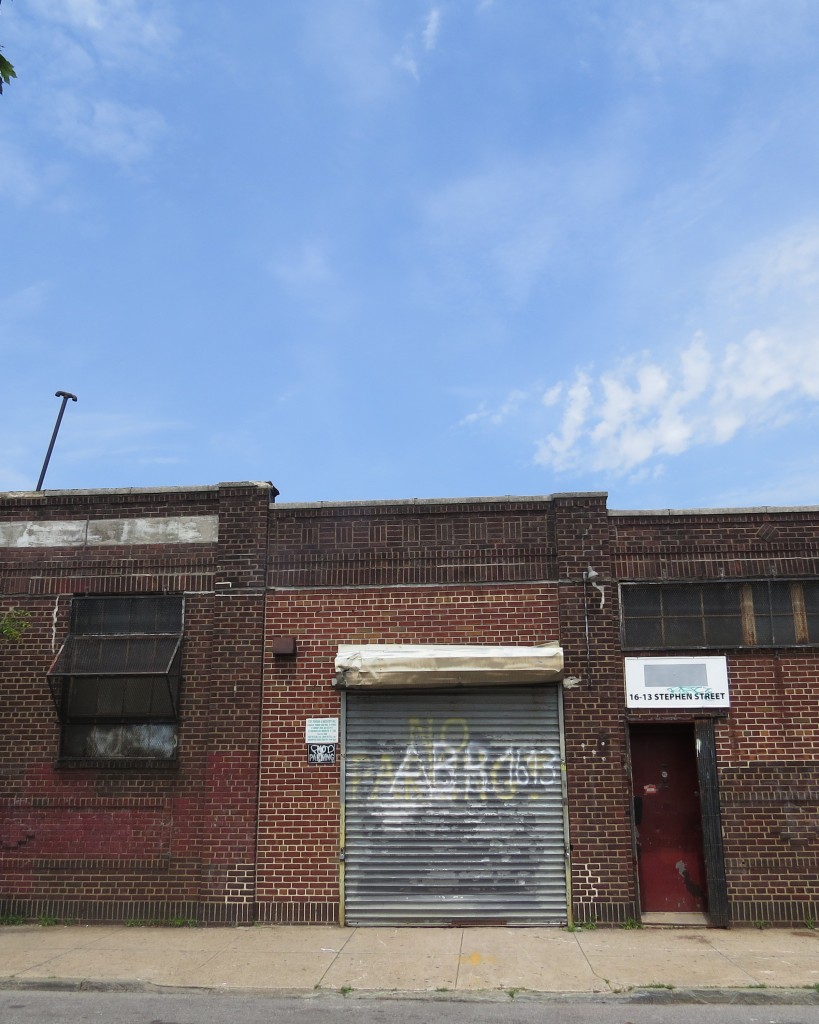 Ridgewood civic and business leaders have wanted to create an industrial business zone in the area known as SOMA – South of Myrtle Avenue – including the pictured Stephen Street to generate the growth of small business in the area. File Photo

Queens Borough President Melinda Katz joined with borough presidents throughout the city to urge Mayor Bill de Blasio to keep industrial business a top priority in the budget – something for which Ridgewood business leaders have long advocated.

The group penned a letter to the mayor requested he included $4.6 million for Industrial Business Service Provider contracts along with the restoration of the industrial and manufacturing businesses office at City Hall. De Blasio’s first budget proposal back in February left out an allocation of $1.1 million towards industrial business zones citywide.

The money, they argued, should come from the Industrial Development Agency.

“As borough presidents, we are dedicated to expanding economic opportunity for all New Yorkers, a commitment that I know you share,” the letter read. “For that reason, we were concerned that your first preliminary budget did not support and strengthen the city’s investment in programs and services that contribute to the growth and stability of industrial manufacturing.”

Katz brought a proclamation before the Borough Board earlier this week promoting industrial business zones in Queens, calling on the mayor to “expand economic opportunity for all New Yorkers and to support the growth and stability of those industries that lead to increased economic opportunities.”

The borough presidents, including Katz, said they took issue with the mayor’s budget not including any money for his office of industrial business, founded in 2006. The money was essential, they argued, for keeping businesses within the city’s Industrial Business Zones afloat.

The letter cited a 2012 American Community Survey study, which found that more than 152,000 people throughout the state worked in manufacturing jobs at a time when the state reported manufacturing jobs to earn on average $51,934 a year – “a solid middle-class salary for blue-collar workers,” it said.

“The omission of funds for this programming sends a troubling message to industrial and manufacturing business and the non-profits that serve their unique needs,” the letter said.

Preserving pre-designated Industrial Business Zones throughout the city has remained a paramount issue in places like Ridgewood, where the community board has grappled with the subject for months. As part of the IBZ program, companies that relocate to the area received a $1,000 tax credit per employee, up to 100 workers.

The city first launched the IBZ program in 2006, creating zones in places like Maspeth, Jamaica, Astoria, and Long Island City in an attempt to lure industrial and manufacturing businesses back to the area. At that time, officials argued the country had experienced a mass exodus of such jobs in the ‘90s as companies were drawn overseas by cheaper labor and production costs.

Community Board 5 voted back in July to support creating another industrial business zone in the area south of Myrtle Avenue between Cypress Avenue to the north, Irving Avenue to the south, Hancock street to the west and New York Connecting Railroad Bay Ridge Freight Line to the east. The proposal received overwhelming support from the board, including District Manager Gary Giordano and Chairman Vinny Arcuri.

“These investments will aide in the creation of stable, good-paying jobs for New Yorkers of every education level that hail from diverse communities across the city,” Katz said. “We look forward to working together to make this vision a reality.”