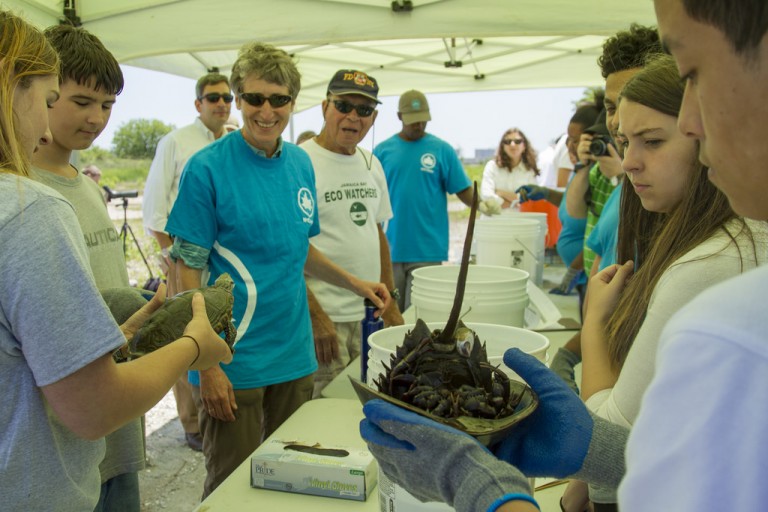 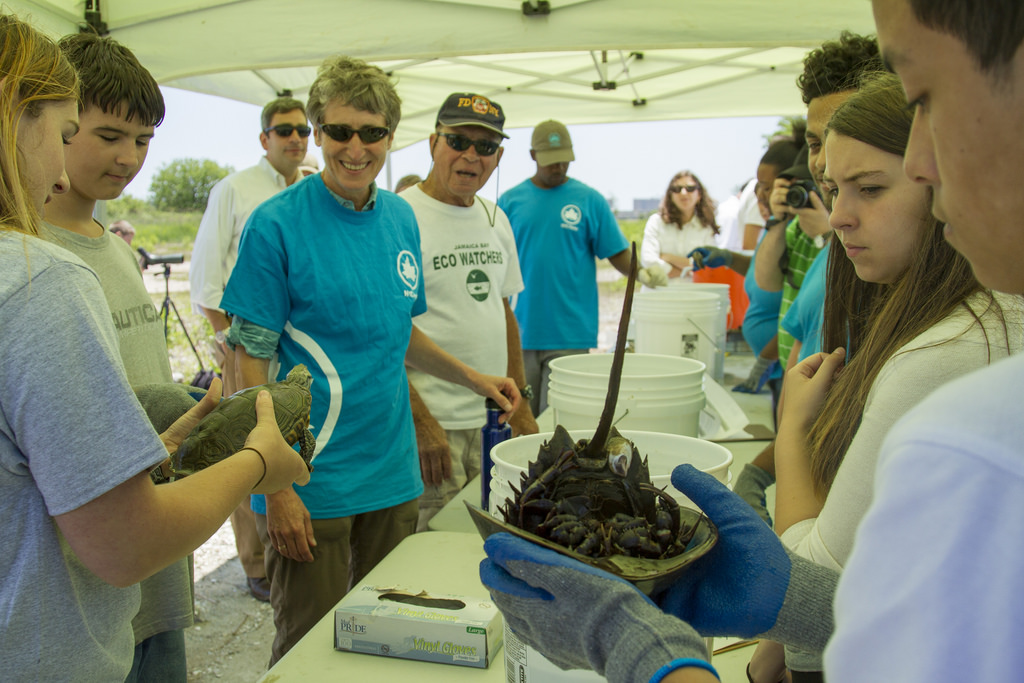 Standing by Jamaica Bay in Broad Channel on Monday, U.S. Department of the Interior Secretary Sally Jewell announced the federal government is about to shell out more than $100 million in grant money to help communities along the eastern seaboard that are particularly prone to devastating damage by storms like Sandy – including Howard Beach and Broad Channel.

The $102.7 million in grant money will support 54 projects along the Atlantic coast that aim to restore wetlands and other natural areas, better manage stormwater using green infrastructure, and assist communities in protecting themselves from major storms – such as Hurricane Sandy, officials said. 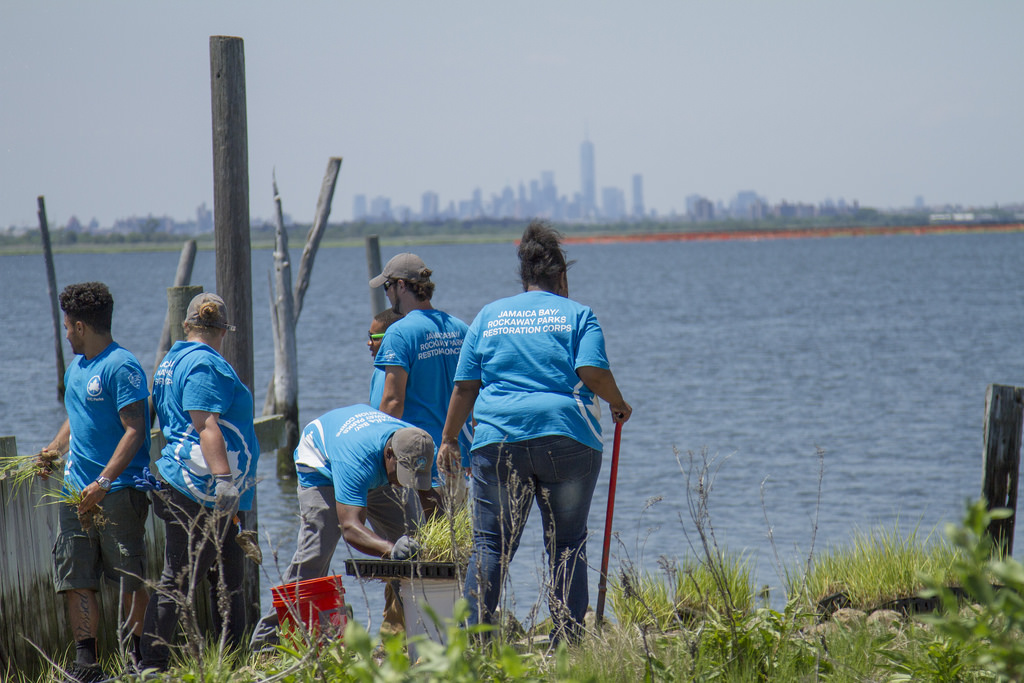 “We are taking the lessons learned from this natural disaster to help local communities strengthen natural barriers between themselves and major storms such as Sandy that can cause major flooding and other damage,” said Jewell, who on Monday helped student volunteers plant marsh grass at Jamaica Bay. “Together with our partners, we are stabilizing beaches, restoring wetlands, and improving the hydrology of coastal areas, both protecting local residents from the next big storm while creating jobs and restoring habitat for wildlife.”

The funding stems from the Hurricane Sandy Coastal Resiliency Competitive Grant Program, and the projects that will benefit from the initiative will, Jewell said. emphasize employing youth and veterans.

“This announcement is great news for the communities surrounding many New York City waterways…because they will now be better protected in the event of a future storm,” U.S. Sen. Chuck Schumer (D-NY) said in a prepared statement.

The Spring Creek Salt Marsh and Coastal Upland Restoration project will be provided with $4.2 million in grant funding. The project will restore 11 acres of salt marsh and 16 acres of coastal upland in Spring Creek Park, a Jamaica Bay tributary.

The Sunset Cove Salt Marsh and Maritime Forest Restoration project will land more than $4.8 million in funding for an initiative that includes the restoration of up to five acres of wetland and seven acres of coastal upland habitat in Broad Channel.