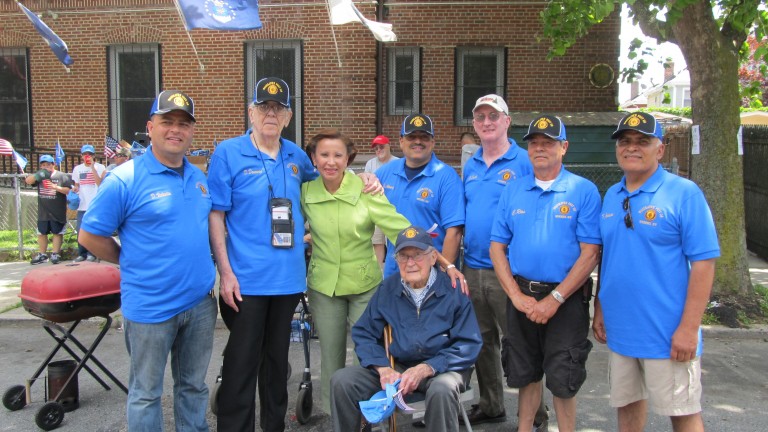 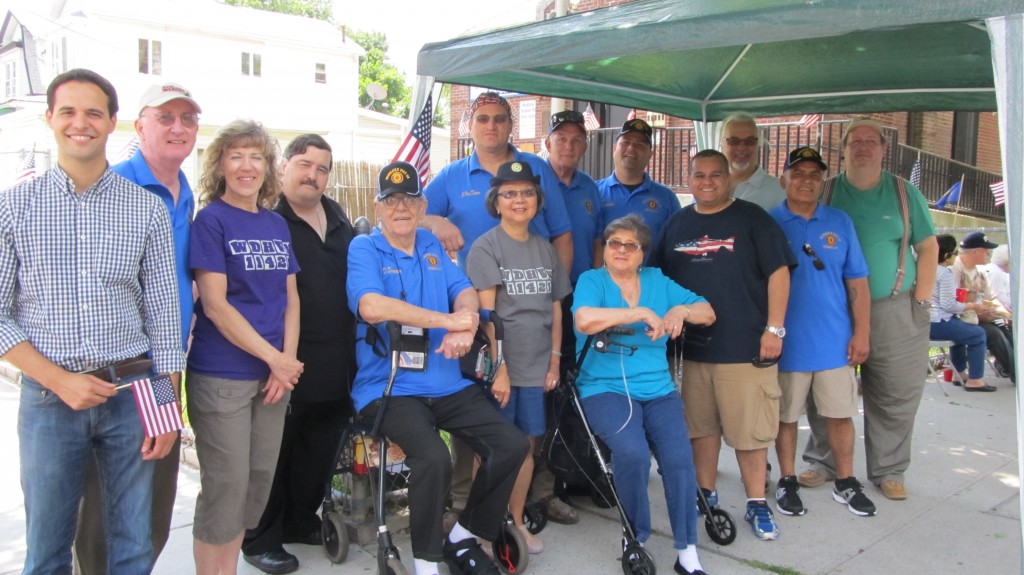 Veterans, civic leaders, and elected officials gathered at the American Legion Post 118 in Woodhaven Saturday to say thank you to the individuals who served our country with a special barbecue. Photo courtesy Josephine Wendell

Decked out in red, white and blue and waving American flags, Woodhaven residents came out in full force Saturday to honor veterans from the American Post Legion 118 who have served in such places as Korea, Bosnia, and Afghanistan.

Elected officials, civic leaders, and others joined the veterans at the Woodhaven post for a barbeque honoring the men who have served the country. The festivities, spearheaded by the Woodhaven Residents’ Block Association, were held on June 14 – Flag Day, which commemorates the adoption of the U.S. flag by the Second Continental Congress in 1777. 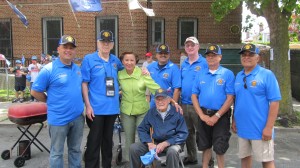 “Today we honor all the veterans – those who served and those who still are active – because they make the ultimate sacrifice, not only to protect our nation and provide our liberties and freedoms but also to make sure that we have peace around the world,” U.S. Rep. Nydia Velazquez (D-Queens, Brooklyn, Manhattan) said.

Velazquez went on to say that services for veterans must be bettered across the country.

“We have to improve we are really committed to provide the best services that [veterans] deserve,” the congresswoman said. “…This is the one issue where Democrats and Republicans are coming together.” 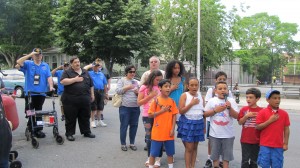 Woodhaven Residents’ Block Association President Martin Colberg too thanked individuals for coming out to the barbeque.

“It’s the true meaning of community, friendship, and family,” Colberg said in reference to the Saturday’s event. “It’s a great day to say thank you to the vets, for us to come out and meet new neighbors and see old neighbors.”

Velazquez also stressed the importance of the Woodhaven Residents’ Block Association while speaking during the barbecue.

“My district is a big district, and I visit a lot of block associations,” she said. “I have to say the Woodhaven Residents’ Block Association is the most active, the most productive. You care so much; your sense of community is just unbelievable. You work hard to make sure we have a better community.”