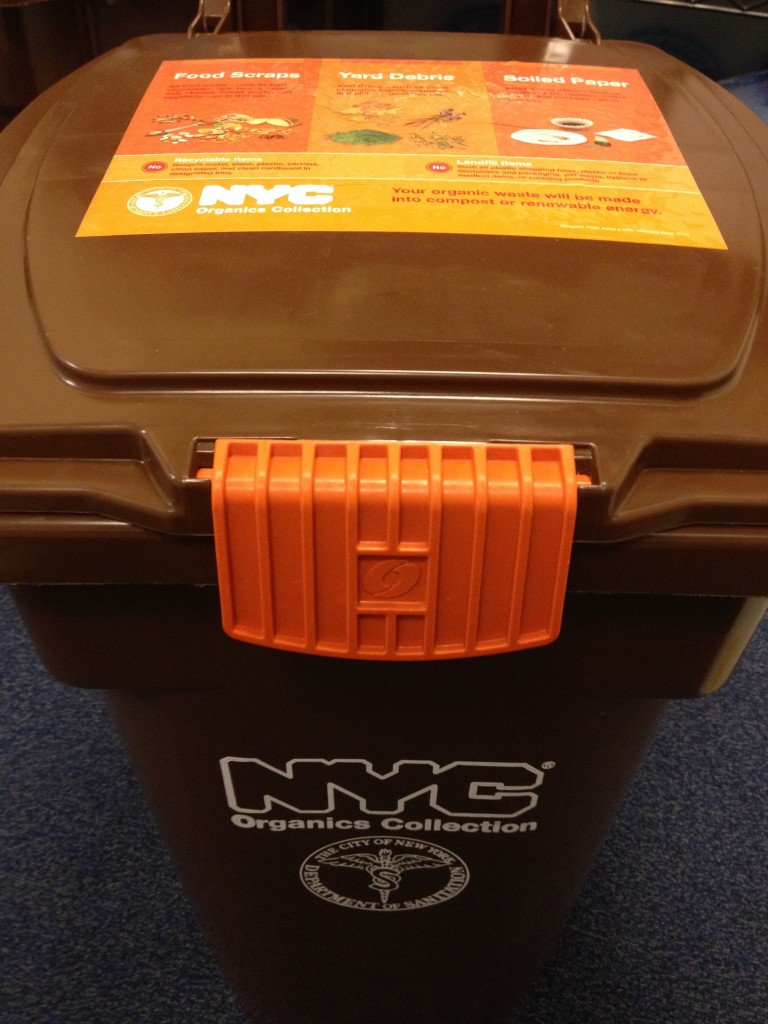 Parts of Glendale, Maspeth and Middle Village started participating in a city pilot program earlier this month with hopes of collecting and recycling organic waste. Photo by Debbie Cohen

A city pilot program to collect organic materials, including food scraps, yard waste and soiled paper, kicked off this month in parts of Glendale, Maspeth and Middle Village, and residents said they were all ears.

The city Sanitation Department announced earlier this year it would be offering up compost bins to residential single-family homes and buildings with nine or fewer residential units for anyone who wanted to give it a try. Bob Holden, president of the Juniper Park Civic Association said he thought it was a good idea and worth a try.

But not everyone in his community agreed, he said.

“Some residents say there is no room for another pale outside their homes and some don’t want to separate their garbage,” Holden said. “But, I have been using it since its inception and I fill it up with yard waste and scraps. I think it saves trash. This will reduce garbage and help the environment.”

Belinda Mager, a spokesperson for the Sanitation Department said right now the program is only for residential homes or buildings, not for commercial businesses.

“This is a brand new program that just expanded in Queens and we have to see how it works,” Mager said of the pilot program, which launched in Glendale June 2 and Maspeth and Middle Village on June 16.

“Organic materials make up about a third of our trash and we spend millions of dollars every year to send it to out-of-state landfills,” Sanitation Commissioner Kathryn Garcia said in a statement. “This will create renewable energy or compost.”

A spokesperson for Councilwomen Elizabeth Crowley (D-Maspeth) said her office has been receiving positive feedback about the new program.

“Organic collection or composting is the next chapter in creating a more sustainable future for New York City,” Crowley said in a statement.