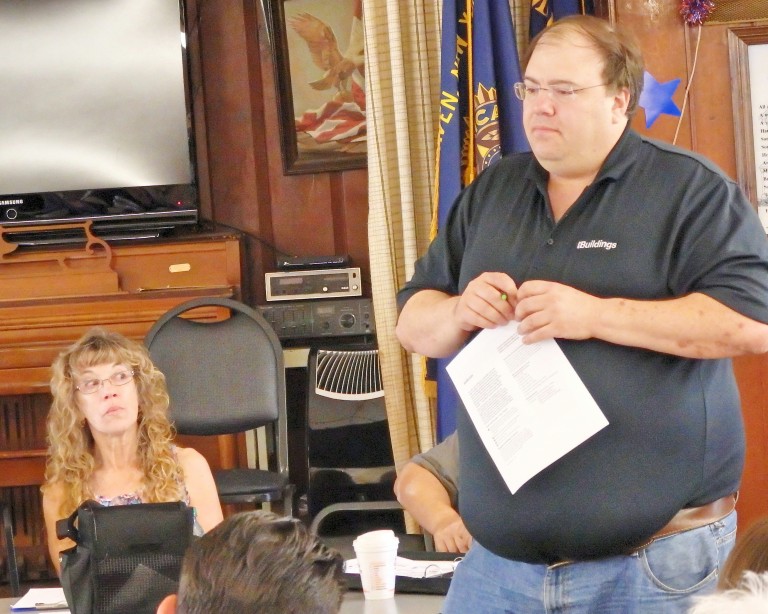 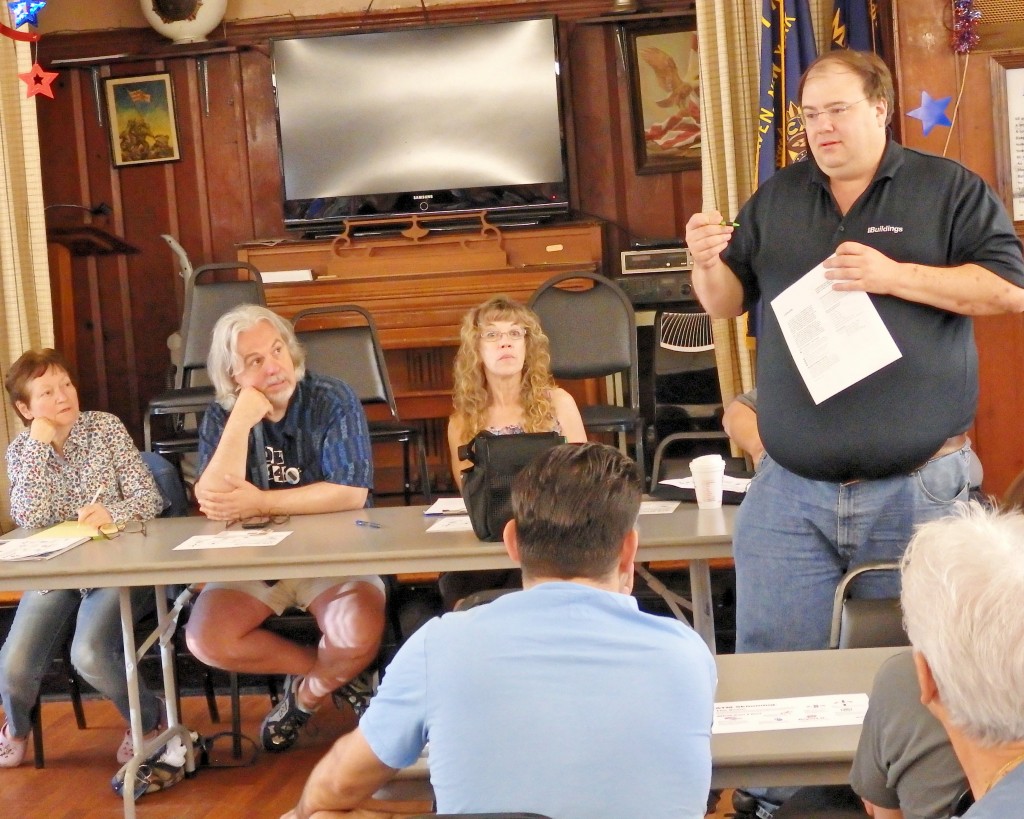 It was the news they had been waiting to hear, but members of the Woodhaven Residents Block Association were still too skeptical to celebrate.

George Kochabe, the owner of the partially collapsed building at 78-19 Jamaica Ave., has been ordered by a city judge to start work sometime in the first week of July, Department of Buildings community liaison Kenneth Lazar said at the group’s meeting on Saturday.

Residents in Woodhaven have been begging for action at the property since the building partially collapsed in April 2013, sending bricks and debris all over the densely populated block. Fears over a complete collapse have since been on the brains of mid-Queens neighbors as they waited for Kochabe to make a move.

“He is now under a court order to fix the building. We’re not going to play games anymore,” Lazar said. “He can’t keep this going.” 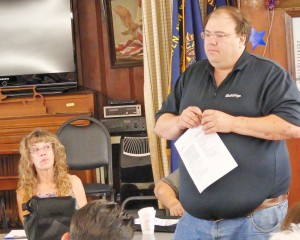 Lazar tells the Woodhaven Residents Block Association that work is expected to begin on the partially collapsed building on Jamaica Avenue in early July. Photo by Phil Corso

A team of engineers has already reviewed and green-lighted Kochabe’s plans for the site, the DOB representative said. All that was needed, Lazar said, was a minor zoning review and about 10 days to secure permits for the work.

Lazar said the city Housing Preservation Development was on standby to demolish the building by mid-July if the building owner does not move forward with his own renovation plans there. And while members of the WRBA said they were happy to hear the news, it was still taken with skepticism because of the amount of time they have already waited.

“This has been ongoing,” said Ed Wendell, a director of the block association. “I would bet money that six months from now, we’ll be sitting here having the same discussion.”

Residents also grilled Lazar over whether or not Kochabe would be held accountable for the collapsed building’s damage to others around it. He said the Buildings Department had issued violations in regards to the damages at neighboring buildings, but those would only be resolved in civil court.

“This is better news than I’ve had in the past,” Lazar said. “Now we have a judge. He’s got to either move forward, or let HPD take the building down. The games are over.”

But even if the building is taken down, Lazar said Kochabe would still be the owner of the property, which residents worried could mean months – or even years – of a vacant lot on Jamaica Avenue.

Nonetheless, Lazar remained optimistic about the building’s future, he said.

“I think [the owner] saw the light,” Lazar said. “We are going to be monitoring him on a weekly basis to make sure he doesn’t stop. If he’s not fixing the building, we will move to the HPD option.”

The building partially came down on April 12, 2013 when the second-story façade caved in and sent rubble all over 79th street, destroying one car in the process. There were no injuries reported, but the Woodhaven-Richmond Hill Volunteer Ambulance Corps next door was forced to relocate and has suffered financially ever since. The Catholic Charities Woodhaven-Richmond Hill Senior Center, also located next door to the collapsed site, was forced to relocate to the nearby American Legion Post 118 building.