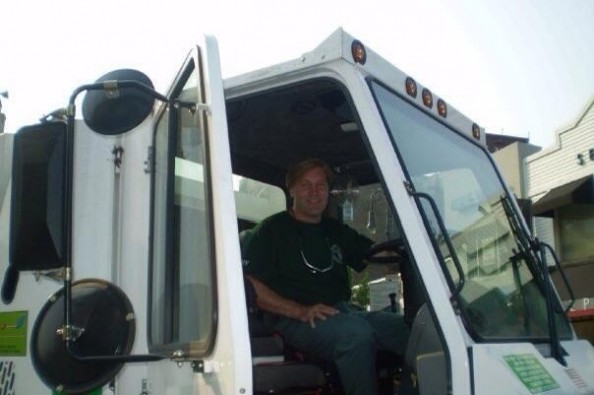 More than $60,000 has been raised to benefit the family of Steve Frosch, who was killed last week in a street sweeper accident in Maspeth. Photo courtesy Frosch family

It did not take long for Steven Frosch’s family and friends to come together in memory of the late city sanitation worker, who died last week in a street sweeper accident in Maspeth.

A fundraising site sprouted up late last week in memory of Frosch, 43, who died June 21 after getting pinned between two street sweepers in Maspeth. Since then, friends and family helped raise more than $60,000 in memory of the Garden City South native.

“Our family has been shaken to the core and as we continue to grieve and console each other, I ask you to never forget him and his family,” said Lisa Modica, Frosch’s cousin. “There is a hole in our hearts that will never be filled. A void in our lives that will never be replaced.”

Modica provided several detailed updates on the family’s grieving over Frosch’s death and expressed her gratitude in the wake of his June 27 funeral, which drew hundreds.

“[The funeral] was absolutely beautiful and a send off that Steve truly deserved,” she said. “Some may say it looked like a hero’s tribute. And in our eyes it was.”

When it was first launched, the fundraising site had a humbler goal of $10,000 – but that figure was surpassed six times over as of press time. A total of 783 donors contributed as of Tuesday afternoon, resulting in $61,655 raised.

Frosch left behind a wife and four children.

Mayor Bill de Blasio made an appearance at Frosch’s funeral last week at Saint Catherine of Siena Church in Franklin Square, L.I. to pay his respect to the 15-year sanitation veteran.

“It’s a painful day for New York’s strongest, especially for the Frosch family and all who knew Steven,” de Blasio said in front of the large crowd. “I think we all know that our city reveals its true character through our people and Steve was a New Yorker to the core. He represented the very best of New York City.”

Kathryn Garcia, commissioner of the Department of Sanitation, said the outpouring of support since Frosch’s death underscored how tragic his death was to the city and his community.

“Visits to Frosch’s garage reveal a man deeply admired and loved by his colleagues, many of whom were his dear friends,” Garcia said. “We are all reminded that this is a dangerous job that requires constant vigilance for ourselves, our partners and the public.”