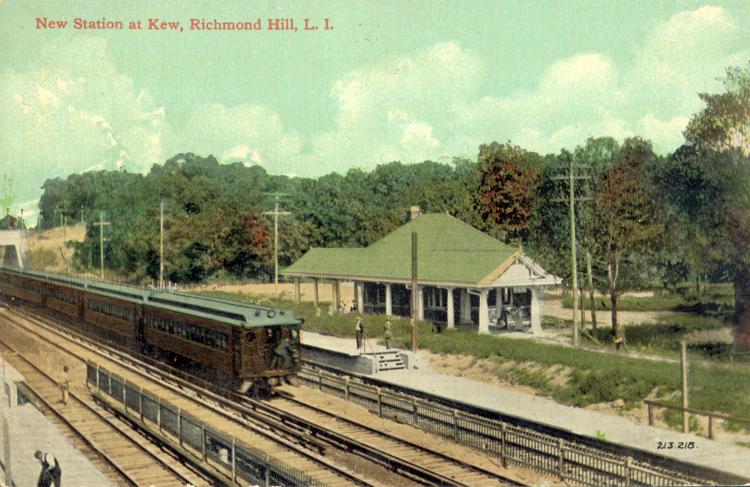 Kew Garden’s activist, artist and volunteer Carol Lacks, is up to her old tricks again–using the neighborhood she knows and loves so well, to benefit  it and it’s residents. Lacks who is well known for her efforts to raise money for Alzheimer’s research by hosting fundraisers at the historic Forest Park Carousel, has thrown her hand into a new project that has the Kew Gardens community buzzing.

Lacks has introduced the Kew Gardens Postcard Project to the scene which invites residents to submit photos focusing on the local area including places, people or even pets they fancy and send it in to be part of a set of post cards that will depict the neighborhood. The concept is inspired by postcards of old with local images were offered for distribution and sale.

After choosing select images, they will be made into 4 by 6 inch postcards and displayed at a local art exhibit. The post cards are also slated to be delivered to local residents.

Kew Gardens had its own set of these images, originally produced in the early 1900s which were derived from old black and white photos and later even colorized.

The new postcards will e presented at a display at the Kew Gardens Flea Market on September 13. The even will be dedicated to the 100th Anniversary of the Kew Gardens Civic Association.

Residents may submit their photos to kewgardensarts@gmail.com (Say you saw it in The Forum!). Organizers ask that you submit your photos with a brief explanation of why you chose the photo and what it means to you. For the more ambitious at heart, blank postcards can be picked up and returned upon completion to Odradeks Coffee House at 82-60 Austin Street.