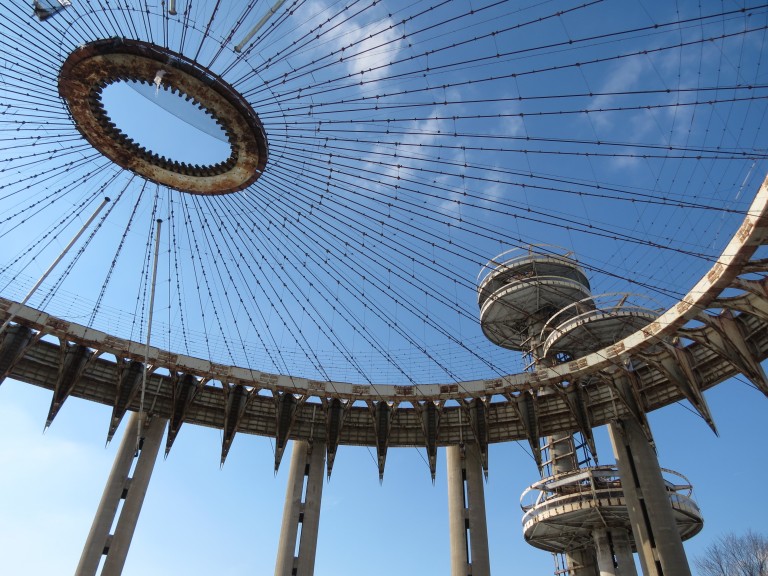 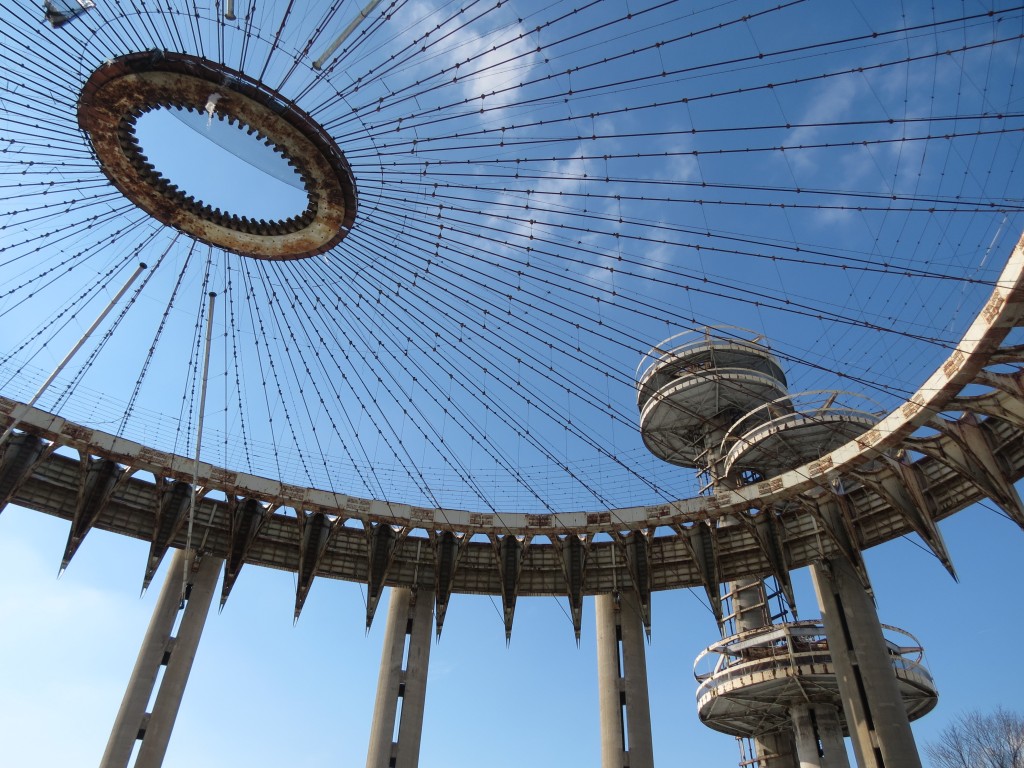 Lawmakers celebrated a significant chunk of money set aside in the city budget to preserve and renovate the New York State Pavilion. File Photo

Leaders from across the borough came out in support of Mayor Bill de Blasio’s city budget this week, particularly because it allocated more than $4.8 million towards restoring the storied site in Flushing Meadows Corona Park.

Borough President Melinda Katz has been one of many officials pushing for funding to help renovate the site in wake of the April 22, 1964 anniversary on Queens natives’ minds for months. She said the money was long overdue to help bring the spot back to the status it once held at its inception.

The borough president took to the historic location with other elected officials several times this year to advocate for city money in order to keep it from falling into severe disrepair.

“Along with the nearby Unisphere, the New York State Pavilion has become a symbol of the borough of Queens that reminds us of the excitement and hopefulness the world felt at the beginning of the Space Age,” Katz said. “The Pavilion keeps us connected to that history while it also serves as an icon of Queens that is recognized around the world. Its preservation will aid our efforts to rebrand the Queens as a top-level tourist destination that we call ‘The World’s Borough.’”

The overall funding also included $1 million Katz had set aside from her capital budget dollars, bringing a total $5.806 million allocated for restoration efforts. Those dollars, Katz said, will be used to upgrade the structure’s electrical system, rebuild the staircases inside its three towers and repair the concrete platforms supporting the observation decks at the top of each tower.

Advocates have been calling for a Pavilion makeover for months with the 50th anniversary celebrations of the 1964 World’s Fair fresh in the borough’s collective mind. The National Trust for Historic Preservation donated the site as one of its national treasures back in April, making it one of only 44 sites to receive such designation.

Peg Breen, president of the New York Landmarks Conservancy, has been working in tandem with Katz and the City Council to advocate for preservation and restoration in the Pavilion’s footprint.

“Restoring the Pavilion is the right thing to do at just the right time,” she said. “We agree with the borough president that the restored Pavilion will be a wonderful representation of the vitality of the borough and provide a space for all kinds of events that will draw not just people from Queens, but people from around the city and visitors from around the world.”

Years of neglect left some borough leaders worried about the Pavilion’s fate, which led to a special spotlight being shined on the site with the anniversary celebration approaching. It was estimated that $14 million would be the magic number to tear down the Pavilion, but that option was widely opposed.