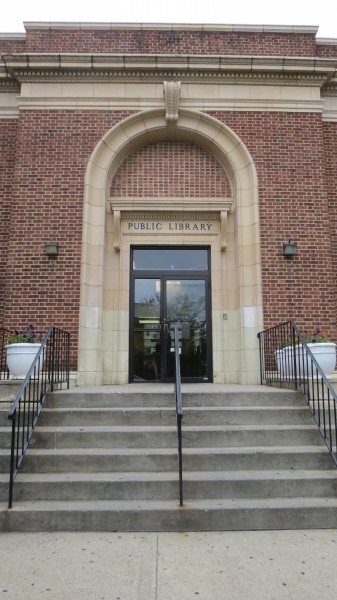 Parents of young children in Woodhaven will not have to look high and low for open pre-kindergarten classes come September, because the Woodhaven Public Library will be rolling out its free program in the 2014-2015 school year. It is the first of its kind not only in the city, but also in the entire country.

Southern Queens was seen as an area that greatly needed universal pre-K classes, due to competitiveness of the current programs, according to Joann King, director of communications for the Queens Library system. The Woodhaven class follows Mayor Bill de Blasio’s January initiative aimed at expanding the city’s universal pre-K classes for youngsters.

“We have been offering children’s education on an informal basis, like story time and summer reading, for quite a long time,” King said. “This is sort of the next step in that evolution.”

The class will run from 8:30 a.m. to 2 p.m. Monday through Friday and has an enrollment cap of 18 students. Its curriculum will focus on pre-literacy skills, such as learning colors coupled with ample play time, along with school readiness.

Pre-enrollment has already closed, but King said the library still has to follow up with parents who registered to let them know if their children will start this coming fall.

“The library wants racial, ethnic and sex diversity. It is going to be a cross section of the community,” King said. “After Mayor de Blasio was elected, we started planning for it. We had already had some thoughts about it so we wanted to throw our hats in the ring.”

The city Department of Education is also opening up classes in the Long Island City and Astoria libraries, slated to begin in the 2015-2016 school year. Woodhaven’s class will be the only one starting this coming fall.

King said there is not clear cut data on why the Woodhaven, Long Island City and Astoria neighborhoods have a higher demand for pre-K than the rest of the borough, but said it could be a geographical coincidence.

“I think there are a lot of young families in those communities,” King said. “Some communities just do not have a lot of space available.”

The communications director stressed that adult learning and community programs will remain at the library and the pre-K class is not replacing anything.

The Queens Library is a not-for-profit corporation and is not affiliated with the New York Public Library system. Thomas W. Galante, Queen Library president and CEO, said having universal pre-K classes at the Woodhaven Library will connect parents with other programs including adult education, ESL and job search help.

“Queens Library is dedicated to lifelong learning,” Galante said in a statement. “No time in a child’s life is as important to academic success as the early learning years, and there is no better place to create good readers than at the library.”