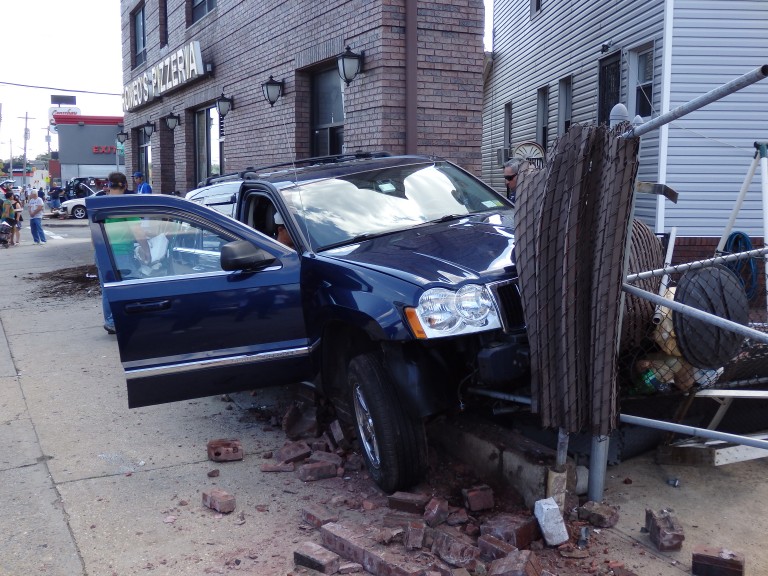 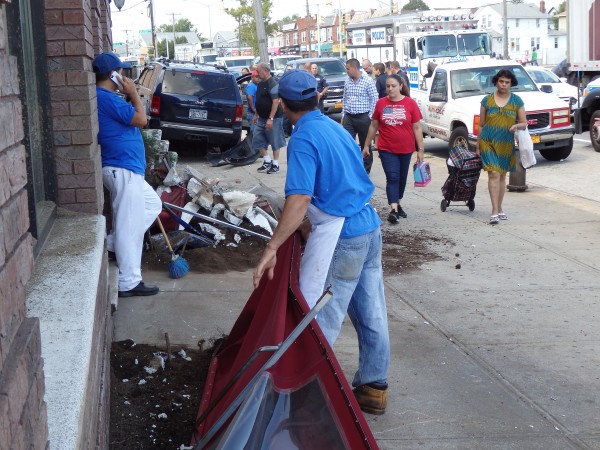 Responders work to remove the disabled car after it crashed on Monday. Photo by Phil Corso 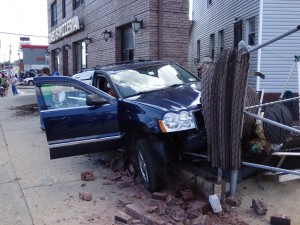 A car sits vacant after slamming into the fence in front of Romeo’s Pizzeria in Ozone Park. Photo by Phil Corso

An out-of-control car slammed into an Ozone Park pizzeria earlier this week without injuring a single soul.

The driver behind the wheel of a car making its way through the Crossbay Car Wash and Oil Change in Ozone Park slammed into a fence in front of the neighboring Romeo’s Pizzeria Monday, but luckily escape with only a small scratch. Police said the unidentified driver, who worked at the car wash, lost control of the 2006 Jeep Grand Cherokee around 3 p.m. before hopping the curb on Gold Road, riding the sidewalk in front of Romeo’s, taking out its exterior entrance and then finally colliding with a fence.

No one was injured, but the driver walked away with only a Band-Aid to his nose.

The car’s owner, who only identified himself as Jose from Richmond Hill, said he was sitting in the car wash lobby with his son when he suddenly noticed his car speeding away towards the pizzeria. The damage left behind was brutal – including the Jeep’s bumper being completely dislodged and a fence pole being impaled into the vehicle’s hood.

The driver of the car was seen talking to police after the accident, but the NYPD did not return calls seeking comment as to whether or not he was facing charges from the accident.