Marguerite Rocholl’s dad, photojournalist Edward Clarity, many moons ago helped the New York Daily News nab a Pulitzer Prize. And on the plaque that was given to him to commemorate the award was a short note from the publisher, which read: “We couldn’t have done it without you Ed.”

The same can be said of his daughter’s book debut, “Before You Were Born.”

Rocholl admits that the tome, a paean to her childhood in Broad Channel and raising her own family in Howard Beach, was heavily influenced by her father.

“That’s why I wrote the book,” said Rocholl, on the telephone from her home in the Catskills. “I just thought that he had the greatest job ever.”

And Clarity excelled at it. Before he retired and later died in the 1980s, he earned 200 awards as a photographer. But that didn’t make it any easier for Rocholl, an award-winning shooter herself, to pen the memoir. 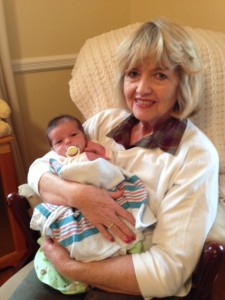 “I always wanted to write about him, but I couldn’t do it. Then I thought, ‘Why don’t I write it from the point of view of a daughter?’” she recalled. “The words just never stopped coming.”

Those words were equally inspired by her three children: Regina, Jacqueline and Christian, to whom it is dedicated, along with her husband, Ted, a retired city firefighter and native of Woodhaven.

“That’s kind of how I came up with the title,” Rocholl noted. “The book is addressed to my kids, and it’s like I’m telling them about things before they were born.”

One of the events she detailed was the arrival of Hurricane Donna in Broad Channel in 1960. Since Rocholl’s sister Mary was expecting her first child, she ran to Mary’s house which was just a few doors down from her own on 15th Road.

“The water came up through the floor boards,” Rocholl remembered. “Furniture floating, baby clothes…” Her voice trailed off just a bit, before recalling how the storm affected her decision on where to raise her own family. “I don’t think I can do this,” the Stella Maris High School alum said she confided to herself with a nervous laugh.

So she and Ted settled down in Old Howard Beach after they were married in 1963.

“Maybe because it’s halfway between Woodhaven and Broad Channel,” Rocholl playfully posited when asked why they chose Howard Beach. “No, I just wanted to stay near my friends and family, but not so near the hurricanes and stuff.”

Rocholl and Ted now call upstate New York home. But listening to her reminisce on growing up “in the water” in Broad Channel, and making memories with her children in Howard Beach, you get a sense of where Rocholl’s heart is and will always be.

On that sandy Queens peninsula, and her beloved daddy’s knee.