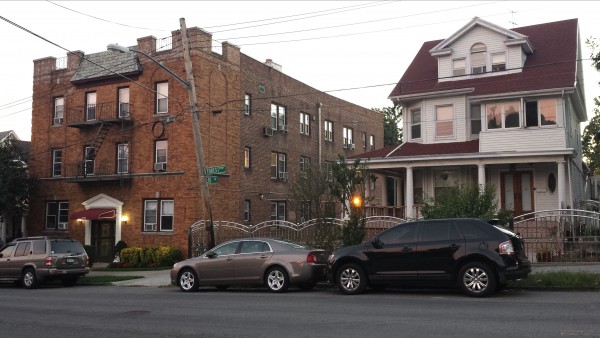 Some Woodhaven residents are still concerned about parts of the mayor’s affordable housing plan.
Photo by Michael V. Cusenza

Perhaps the most ambitious project of his mayoralty, Hizzoner Bill de Blasio’s 10-year, five-borough affordable housing plan is not without its critics.

Just ask some residents of Woodhaven.

“It’s a cheap way for the city to provide ‘affordable housing,’” said Sherman Kane at last Thursday’s meeting of the Woodhaven Residents’ Block Association. “It costs the city nothing. We, as middle-class homeowners, would be providing the solution.”

In late July, the WRBA reached out to the mayor’s office via a letter expressing their concerns and requesting more information, and has even circulated a petition decrying the $41 billion project. The civic has not received a response.

“We just wanted to be more educated on what [de Blasio] is trying to do,” said WRBA President Martin Colberg last week.

Colberg noted that one of the main concerns is zoning, and how the plan will involve green-lighting basement and attic apartments. Published reports indicate that de Blasio is keen on converting previously illegal basement and cellar dwellings.

“We have a crisis of affordability on our hands,” de Blasio said. “It touches everyone from the bottom of the economic ladder, all the way up to the middle class. And so we are marshaling every corner of government and the private sector in an unprecedented response. This plan thinks big—because it has to. The changes we are setting in motion today will reach a half-million New Yorkers, in every community, and from every walk of life. They will make our families and our city stronger.”

Colberg said the mayor’s sweeping response cannot come at the expense of a community’s character and the lives therein.

“We’re talking about safety—of the NYPD, of the FDNY, if they have to go into the [converted] house, the safety of neighbors,” Colberg posited. “Whether you’re a renter or a homeowner, you’re going to be affected by this.”