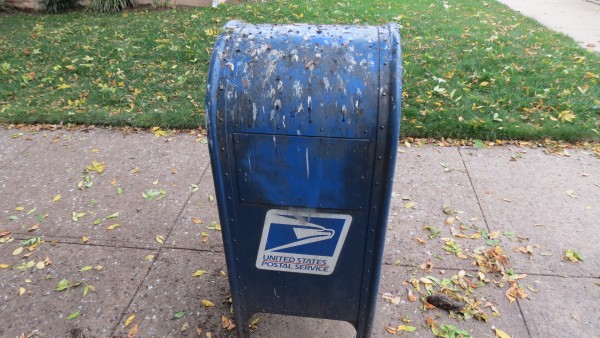 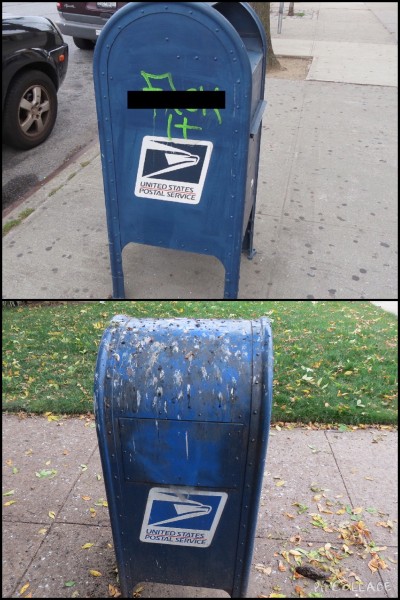 At least two blue US Postal Service mailboxes have become sources of disdain in the communities of Ozone Park and Howard Beach, and the agency pledged to the Forum this week to make them right again.

The mailbox located on the corner of 97th Street and 133rd Avenue in Ozone Park is covered in bird feces, nearly from top to bottom, and a bird carcass was left this week right next to it. The condition of the mailbox and the overpowering area odor have precluded some residents from using it.

“It’s been like this for a long time,” said Joe Fontanes, who has lived a block away from the box for the past 19 years. “Sometimes I’ll walk down 96th [Street] to avoid it.”

Fontanes posited that the culprit is the tree branches above the mailbox.

“It’s not a question of repainting it,” he said. “They’ve got to move it away from this area where the birds nest.”

On Cross Bay Boulevard, between 157th and 158th avenues, sits another blue USPS mailbox covered in graffiti. On one side is a phrase written large in bright-green ink that can’t be repeated in a family newspaper.

A spokeswoman for the USPS said that both boxes will be taken care of as soon as possible.

“Local Postal Officials have submitted a maintenance work order to address the condition of the collection boxes,” she noted. “We share the frustration and disappointment of our customers when a handful of residents abuse these boxes, causing expensive and often offensive damages. We anticipate maintenance to the boxes will be completed in a few days.”