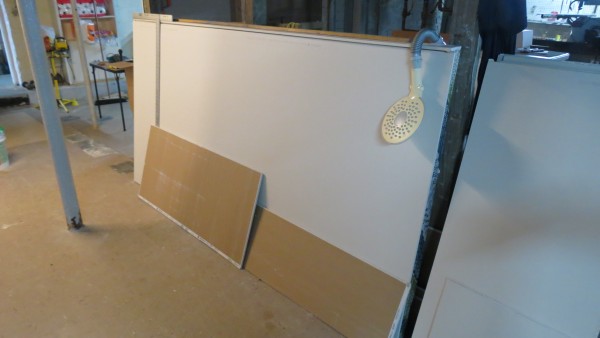 With help from this newspaper and Councilman Eric Ulrich’s office, Leo Marinconz might soon be able to complete the work on his Superstorm Sandy-ravaged basement. Photo by Michael V. Cusenza

After this newspaper last week spotlighted the seemingly unending bureaucratic saga of one Superstorm Sandy victim living in Howard Beach, it appears as though the wheels of justice, however slowly, are turning in the direction of a resolution.

A representative of the Mayor’s Office of Recovery and Resiliency has indicated that the agency has assigned personnel to review and resolve the case of Leo Marinconz, who has lived in his storm-damaged home on 160th Avenue for 33 years.

Sandy left Marinconz’s basement flooded from floor to ceiling, with the water rising as high as a foot above the parquet floors on the first level. In all, his home, which he shares with his ailing wife, sustained more than $80,000 in damage. But the emotional toll was immeasurable.

“I was devastated, heartbroken,” Marinconz related.

The road to recovery has provided no respite, even two years later. Marinconz said that reams of red tape had left he and his family frustrated and confused with very little clear answers from Build It Back, the Small Business Administration and the Federal Emergency Management Agency. Marinconz said he cannot finish the repairs on his home until he straightens out the situation.

With the help of this newspaper and the office of City Councilman Eric Ulrich (R-Ozone Park), Marinconz hopes to be able to alleviate a two-year headache that started with a storm named Sandy.

“As I’ve said since all along,” Ulrich added, “the day when every family impacted by the storm can be restored and made whole again cannot come soon enough!”