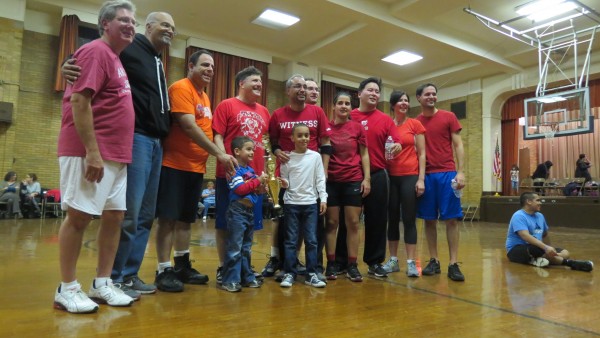 It would seem that wisdom and experience last weekend won the day over youthful exuberance as a team of borough elected officials narrowly defeated the Queens County Young Democrats, 27-25, in a charity basketball game in Rego Park.

The event, held at the Resurrection Ascension school gym, raised more than $1,200 for the RA Church Food Pantry.

“Playing basketball and engaging in a little healthy competition with the elected officials exposed our members to another side of politics—the more lighthearted side,” said Angel Vazquez, director of QCYD Diversity & Outreach. “I thank the church for hosting us and I thank everyone who attended for this good cause.”

Assemblyman Ron Kim takes the first of two free-throw attempts in the second half.
Photo by Michael V. Cusenza