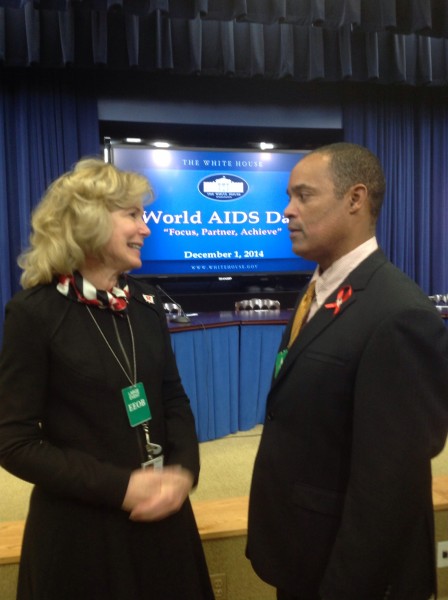 A Forest Hills man, who recently became the first African American to row solo across the Atlantic Ocean in an effort to raise awareness for HIV/AIDS testing, visited the White House on Monday as an invited guest to help commemorate World AIDS Day.

Victor Mooney, 48, completed the arduous journey—replete with shark scares and broken oars—on a specially built rowboat called the Spirit of Malabo. It was his fourth attempt in the past 10 years. Mooney pursued the feat each time to honor two of his brothers: one who died of AIDS in 1983, and another who currently lives with the auto-immune disease.

World AIDS Day is held on Dec. 1 each year and is an opportunity for people worldwide to unite in the fight against HIV, show their support for people living with HIV and to commemorate people who have died. World AIDS Day was the first ever global health day and the first one was held in 1988. The theme for this year’s gathering of scientists, advocates, caregivers, policymakers was “Focus, Partner, Achieve: An AIDS-free Generation.”