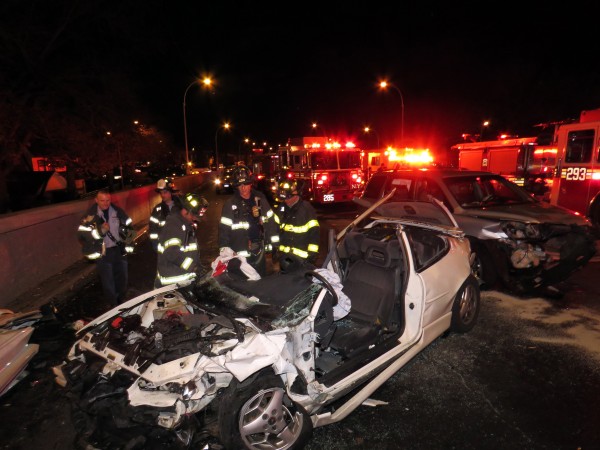 The 51-year-old Ozone Park resident was one of nine people who suffered injuries as result of the crash, which occurred around 6:15 p.m. on the northbound side of the boulevard. A source who was on the scene within minutes of the accident said he observed Leone, who was the vehicle’s only occupant, pinned on the passenger side with his head nearly breaching the windshield.

Another motorist had to be extricated from her vehicle by firefighters, while two others suffered minor injuries. According to the Fire Department, all victims except Leone were taken to New York Hospital Queens in Flushing.

As of press time, Leone had just had his breathing tube removed, was alert, and had taken five steps with a walker. Police were still investigating the incident.