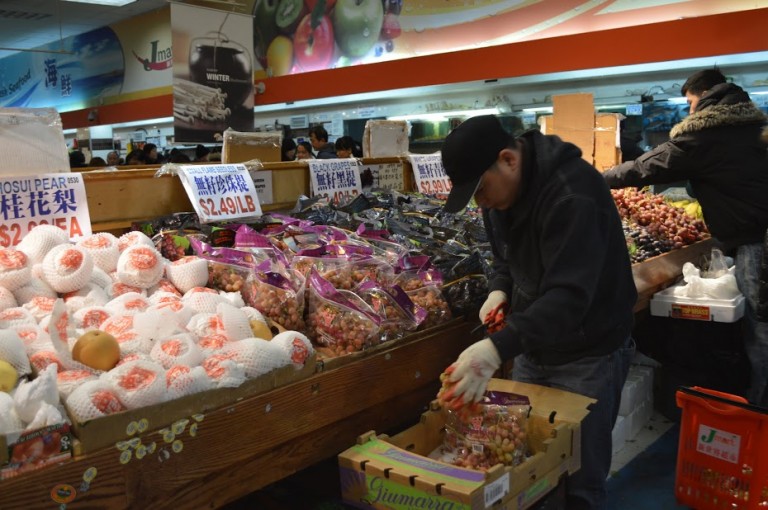 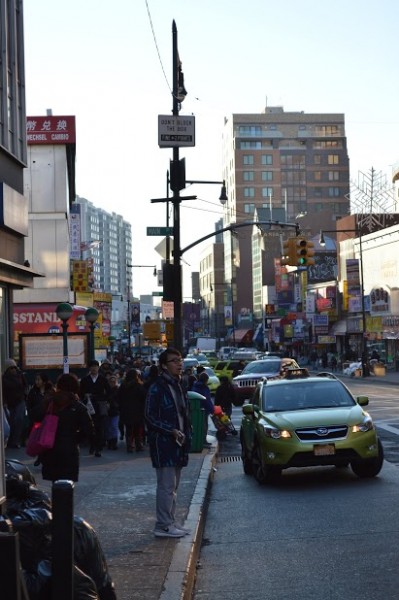 Roosevelt Avenue in Flushing is a hub of activity and shopping opportunities.
Forum Photos by Eugénie Bisulco 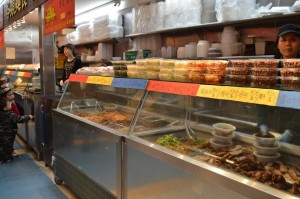 If you’d like to try chili-chicken feet, now’s your chance.
Forum Photos by Eugénie Bisulco

Since the early 80’s, when the New York Times labeled Flushing “the new Chinatown,” the Korean population of Flushing has increased and a plethora of Asian markets and restaurants have flourished there. Asians are the majority in Flushing, with 44% of the population hailing from China, Taiwan, Thailand, Vietnam, Philippines, Korea, Japan, and other nations. The authenticity of Flushing’s restaurants, shops, and services makes it a draw for those outside these Asian communities – it’s an opportunity for non-Asians to experience a variety of cultures-within-a-culture without going far from home.

Flushing’s Chinatown is the second largest in New York City, with over 30,000 Chinese immigrants living there. Surprisingly, the Chinese population of Brooklyn is largest, while Manhattan’s Chinatown is in third place. Regardless of numbers, as a Chinese cultural hub, Flushing rivals Manhattan. Restaurants offer even the more obscure types of Chinese cuisine, and there’s almost no strange import you’re looking for that you won’t be able to find. The World Journal newspaper is headquartered in nearby Whitestone and also has offices in Flushing. It is one of the largest Chinese-language publications outside of China. 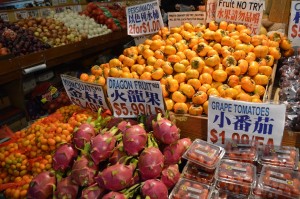 A rainbow array of fruits available to explore.
Forum Photos by Eugénie Bisulco

You may not think to head to Flushing for your spa services, as there are plenty of great stylists and manicurists closer to South Queens. But if you don’t check out Flushing, you’re missing out on a wealth of bargains and an interesting experience, to boot. At Natural Beauty Spa, a second-floor cove on Roosevelt Avenue, you can get a surprisingly strong (given the petite masseuse) deep-tissue massage that puts even the fanciest city massage to shame – especially when one hour will cost you $30. Natural Beauty and other spas in Flushing are inclined to sell packages of their services, bundling them for “members” who can then use a code to access the service at a future appointment. A sampling of the exemplary offerings at Natural Beauty alone: eyelash perms, for a wide-eyed look without a hint of mascara, for $20. They last two months and are a much safer option than eyelash extensions for people with sensitive eyes; facials, which generally last a minimum of 75 minutes and include a head/shoulder massage, for $20; and Brazilian waxes for $16. On nearby Main Street, check out Just Nails, a “Hello Kitty” themed nail salon betwixt a yoga studio and various other tiny establishments. There, you get three coats of gel color for $20, with no extra charge for a second, different color on one or more nails. Adding a nail design is only a few dollars more, and the choice of colors is truly astounding. Of 50 or so nail salons surveyed for this article, Just Nails had the most available colors by a landslide, a selection of several hundred. Get the frequent buyer card, and your 11th manicure is free. Union Street, too, has My Favorite Beauty Spa, which offers a super-relaxing 90 minute facial/head massage combo for $35. 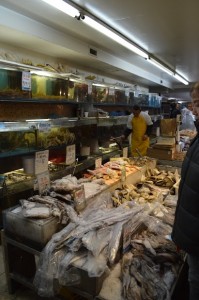 Most of the spas in Flushing are on the second floor, and most do not seem luxurious at first glance, tucked away in a corner of a building and sharing space with other, unrelated businesses. But there is a certain style that Asian spas have that are unique to this enclave – an attention to the customer that makes you want to keep coming back.

The real draw of Flushing is the markets, where bizarre fruits and vegetables abound and you don’t have to pay Whole Foods prices to get them. If you’re used to paying $5.99 a pound for broccoli rabe at Waldbaum’s, why not head over to Jmart on Roosevelt Avenue and check out the “Chinese Broccoli” or gai lan, instead. You prepare it the same way, it has a similar flavor and texture, contains just as many nutrients, and will run you about a third the price.

Did you know that there are 20 varieties of bok choy available in Hong Kong? In the U.S, we are lucky to see one type in the produce aisle, and our version is generally harvested large and intimidating. You have to cut American bok choy down quite a bit before you stir fry it, and cook it more to get it tender. At Jmart and nearby Hong Kong Supermarket on Main Street, you’ll find several kinds of baby bok choy, sold in presorted plastic bags, for about $1.79 a pound. There is an emphasis on young or baby vegetables in Chinese culture, making them easier to cook and tastier to eat. The recent “whole animal” or “nose-to-tail” movement in American cuisine seems echoed in the Chinese culture’s appreciation for whole plants. All stages of plant life, from root, to flower, to seed, are put to use. A common sight in the produce aisle of Asian markets? The leaves of plants we normally think of as vegetable-producing, sold for salads or stir fries. For example, fava leaves, from plants that produce the beans, are sold in Asian markets for salads, as are the leaves of Goji berry plants, called wolfberry leaves.

A variety of clams and other shellfish available at Jmart.
Forum Photos by Eugénie Bisulco

Hong Kong Supermarket is undergoing renovation and was a bit smelly at the last check-in, though it still offers a nice dry/canned goods selection (just how many types of fish sauce are there, really?) and weird sour candies. Jmart is the best bet for produce, with rows and rows of fruits and vegetables of every possible sort. Not only is the produce incredibly fresh, but the workers there meticulously inspect everything, down to the last grape, removing anything not up to par. If you’ve been afraid to try the now-ubiquitous lychee or the cartoon-like dragon fruit, now’s your chance. The prices are right and the quality is superlative.

Possibly the most amazing thing at Jmart is the enormous selection of fresh fish – freshwater, saltwater, and shellfish – and the bustle near the tanks as people call out their requests. Don’t go to fish-watch as you might at the pet store, because the tanks are crammed full, and the fish are certainly not comfortable. But they are, for the most part, alive, and there is just about every type you can imagine. Lobsters start at $7.98 a pound, and the crayfish are fresh, not frozen, crawling out of their bins to visit neighboring razor clams who are bundled together, oozing out of their sheaths like long white tongues. It’s a fascinating sight, and a dream for seafood aficionados or budding chefs. 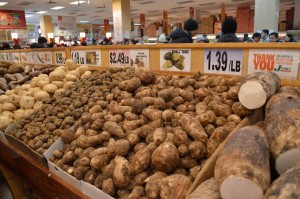 As you get ready to leave Jmart, have a look at the display case of prepared foods sold by the pound. Are you in the mood for some duck? Check. What about chicken feet, known as feng zhua and sold primarily as a “beer snack?” Check! These are usually prepared in rice vinegar and chili and are mostly skin, making them gelatinous in texture. The ribbed claws in fact seem wormlike, thus may be unappealing to Western palates.

No matter where you go in Flushing, be prepared to spend a few extra minutes searching for parking. Once you’ve got that squared away, get ready to expand your horizons. You will, without question, find something different, something great.