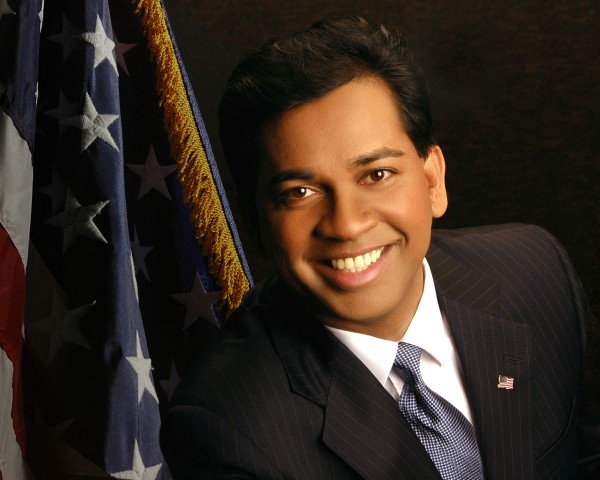 Albert Baldeo was originally supposed to be sentenced on Jan. 21. File Photo

Albert Baldeo, the Ozone Park attorney, activist and candidate for public office who was convicted in August of seven counts of obstructing justice in a campaign-related case, was supposed to have been sentenced on Wednesday, Jan. 21, at the Daniel Patrick Moynihan Federal Courthouse in Manhattan.

However, as Preet Bharara, U.S. attorney for the Southern District of New York, detailed in a Jan. 25 letter to presiding Judge Paul Crotty, the sentencing has been delayed numerous times for what Bharara has deemed suspicious health-related circumstances.

“The Government is concerned both that (a) the defendant is faking or exaggerating his alleged medical problems in order to delay sentencing and/or support an argument at sentencing for leniency, and (b) the defendant may be seeking to hide his location, so to as complicate or defeat the ability of Pretrial Services to supervise him, and the ability of law enforcement to ensure that he does not seek to flee prior to sentencing,” Bharara stated in the missive, which he indicated was sent to Crotty “to provide an update to the Court regarding the continued self-hospitalization of the defendant…and to ask the Court to order certain measures in light of recent developments.”

According to Bharara, approximately three hours prior to the Jan. 21 sentencing proceeding, a Flushing Hospital Medical Center doctor sent a fax to Baldeo’s defense counsel, stating that Baldeo had been admitted to the emergency room for chest pain. That fax was forwarded to the Court.

That afternoon, a conference was held in lieu of sentencing, at which Baldeo’s lawyer indicated that all the medical tests that were performed on his client came back negative, and that Baldeo would be discharged the next day, Thursday.

But, Bharara noted, defense counsel was forced to contact the Court on that Thursday to inform it that Baldeo was still in the hospital, “and although tests continued not to show anything of concern, a different kind of test had been ordered for the next day, which was believed to be standard procedure for someone of the defendant’s age who had self-reported chest pains.” If the new test showed nothing of concern, Baldeo would be discharged that Friday.

And so, the Court on that Thursday ordered sentencing to proceed on Monday, Jan. 26, at 2:30 p.m.

Approximately three hours after the new sentencing date had been scheduled, and without informing his attorney or the Court, Baldeo “requested his then-current hospital to transport him, by ambulance, to Long Island Jewish Medical Center. The defendant’s request was effected at approximately midnight.”

The next day, Friday, the U.S. Attorney’s Office asked Baldeo’s attorney why Baldeo had requested the move, but the attorney had no idea, Bharara said.

Later that same day, Baldeo’s attorney informed the Court that at LIJ Baldeo “had an angiogram and cardio catheterization procedure to clear two blockages, and that two stents were inserted. They are keeping him overnight, and assuming no complications, he will be discharged tomorrow.”

Baldeo’s doctor at LIJ later called Baldeo’s attorney, asking him to delay the sentencing for a week because “‘it’s not good to have a lot of stress right after a stent is inserted.’”

The Court declined to adjourn the sentencing.

On Friday, Jan. 25, Bharara learned that Baldeo had not yet been discharged from LIJ because he still complained of chest pains. The next day, Bharara discovered that Baldeo “instructed the hospital not to include his name in its system or to inform anyone who called that a patient with his name is a patient. The Government understands that this option, commonly known as ‘opting out,’ is typically provided to and availed of by victims of domestic violence or others who fear that for their safety if their location is known. The Government is unware of any basis for the defendant, who is on bail pending sentencing, under the supervision of Pretrial Services, to invoke this option, less to do so without providing contact information to Pretrial Services and/or the Court.”

Bharara has since requested the following: “that the Court schedule a conference Monday morning, in which the defendant himself shall participate, by telephone if necessary, at which the defendant must (1) provide an explanation of (i) his requested late-night transfer from Flushing Hospital Medical Center to Long Island Jewish Medical Center, (ii) the basis for his apparently related instruction” to the Flushing Hospital doctor “not to speak with defense counsel, (iii) the basis for his ‘opting out’ at Long Island Jewish Medical Center, and (2) provide a complete report on his present status.

“Second, the Government requests that, if the defendant remains in the hospital at the time of the conference, the Court order the defendant to inform immediately the Court, through counsel, of his discharge from the hospital or transfer to any other medical facility, and provide to Pretrial Services contact information during the time when he remains hospitalized.