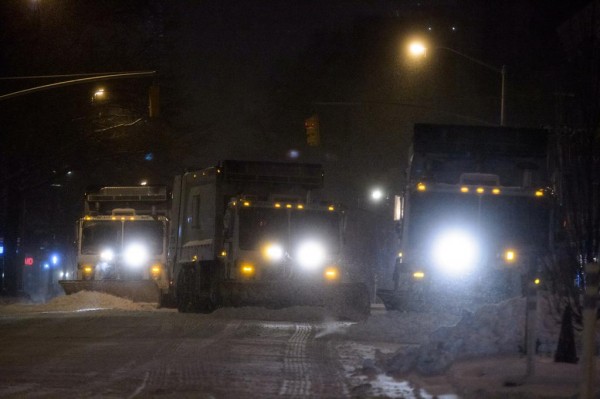 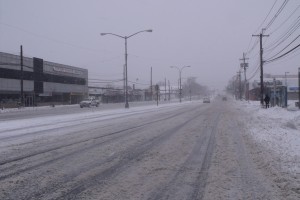 Most of the borough this week was spared Mother Nature’s wintry wrath as a blizzard once projected to dump feet of snow on the city actually left an average amount of the white stuff.

Over the weekend and into Monday, meteorologists and elected officials grimly warned of the potentially historic storm bearing down on the northeast. With accumulations forecasted in the 2- to 3-foot range, and possible wind gusts up to 65 miles per hour, Gov. Cuomo on Monday afternoon declared a state of emergency, shutting down the Metropolitan Transportation Authority system at 11 p.m. Monday. Mayor Bill de Blasio closed city schools for Tuesday, and issued a Winter Weather Emergency Declaration restricting travel in the Big Apple in all cases except emergencies, also beginning at 11 Monday night.

But as The City that Never Sleeps peered out of its windows early Tuesday morning, it was greeted by 8 to 12 inches of snow in most places, a far cry from the 24 to 36 Gotham was all but guaranteed to get.

With the snow-removal disaster of 2010 still fresh on the minds of many, the city’s massive plowing deployment could be followed via the PlowNYC feature at nyc.gov/plownyc. According to the administration, the Department of Sanitation had 12-hour shifts of 2,400 workers each on duty, with 1,800 collection trucks outfitted with plows, and another 500 salt spreaders also outfitted with plows. City agencies dedicated an additional 250 pieces of equipment, for a total of 2,550 vehicles mobilized in the clean-up effort.

Still, some residents expressed displeasure with what they considered the city and state’s overreaction to what turned out to be a fairly common weather event.

“We have an old saying that we live by around here: Prepare for the worst, and hope for the best,” de Blasio said. 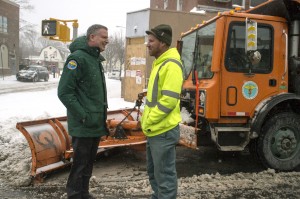 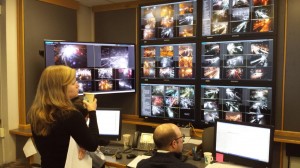 DSNY Commissioner Kathryn Garcia checked on the conditions of city streets in the agency’s GPS Room. Photo Courtesy of DSNY