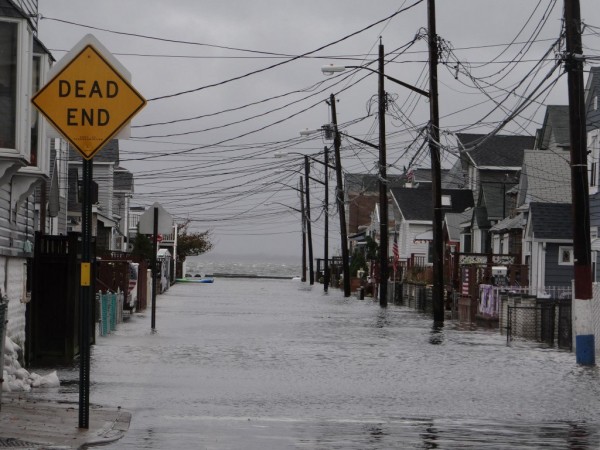 The size and complexity of the Big Apple make a large reduction in flood insurance rates very difficult. File Photo

Responding to a report in last week’s Forum detailing a federal program that could help reduce flood insurance rates in affected areas of the city, the de Blasio administration characterized possible dramatic discounts as extremely unlikely.

Last week, Assemblyman Phil Goldfeder (D-Ozone Park) sent a letter to Mayor Bill de Blasio, calling on him to enroll the city in the Federal Emergency Management Agency’s Community Rating System to help reduce flood insurance premiums for thousands of families. Communities enrolled in CRS can reduce household premiums by up to 45 percent through awareness programs and other city-wide mitigation efforts, Goldfeder said.

However, for a municipality as large and complex as New York, the process of joining the CRS is very different than Goldfeder indicated, a city budget official told The Forum this week. And 45 percent discounts are extraordinarily rare.

While the application is indeed initiated by a letter, as Goldfeder noted, actually realizing insurance premium reductions requires implementation of floodplain management practices and enforcement that go beyond current Department of Building requirements, and could be overly burdensome for city homeowners within the Special Flood Hazard Area; not to mention also cost intensive for the Big Apple.

Once initiated, the official said, the first step to evaluating CRS eligibility typically entails a FEMA Community Assistance Visit. The administration is working with FEMA to coordinate a CAV this spring.

The city recognizes the benefits of the CRS and will be able to look into it further once the CAV is complete, the official noted, adding that they estimate that average communities earn a Class 8 with 10 percent premium reductions.

Of the 1,200 communities in the program, a small burg in California is the only CRS Class 1 area eligible for 45 percent discounts.

Nearly 100 Sandy-impacted municipalities throughout the state and New Jersey are already enrolled in CRS, according to Goldfeder.

In his missive to de Blasio, Goldfeder noted that approximately 85 percent of his district, including his own home and district office, was affected by Superstorm Sandy in October 2012. He said that the increase in flood insurance premiums in recent years could have devastating consequences for families in vulnerable areas, and that many constituents have expressed concern to him over the ability to pay their bills.

“I’ve gotten to the point where I would consider leaving the community just to save the money,” said one Howard Beach resident.