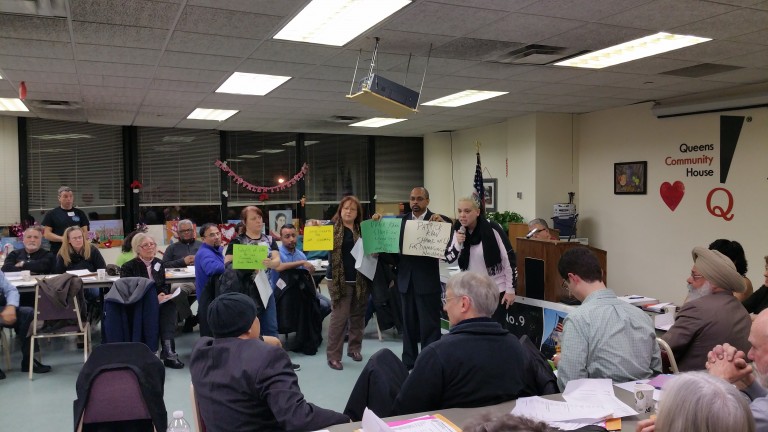 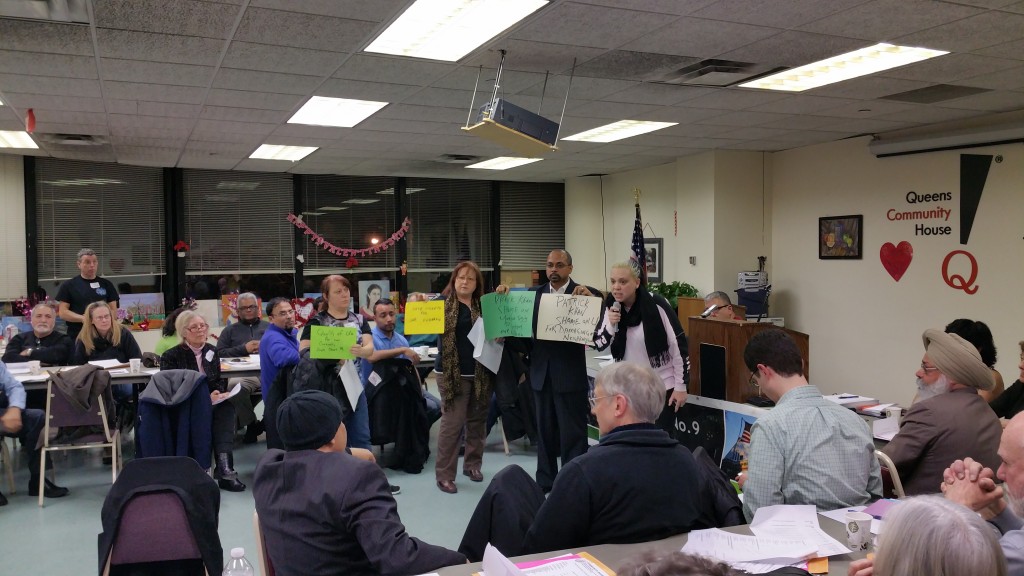 South Ozone Park residents continue their efforts to stop the construction of a juvenile detention center in their neighborhood, this time at CB 9’s general meeting on Tuesday. Forum Photo by Michael V. Cusenza.

Nearly a dozen distressed residents of South Ozone Park on Tuesday night turned out at Community Board 9’s general meeting in Kew Gardens to galvanize support for their efforts to halt construction of a juvenile detention center on 127th Street and to publically confront a member of the board who the residents believe is the owner of the land on which the facility is being built.

The property at 133-23 127th St. has been leased by the Administration for Children’s Services to house 18 teenaged criminals that have qualified for the state “Close to Home” program, which is designed to keep youthful offenders out of prisons and near the communities in which they live.

While it remains unclear how the group obtained the information, CB 9 Member Patrick Khan said “they’re barking up the wrong tree” because he hasn’t owned the parcel for some time.

“They’re misinformed—I sold it to a corporation about a year or so ago,” Khan noted. “This is public record; they didn’t do their due diligence.”

The South Ozone Park Civic Association West has co-hosted two meetings on the issue, along with City Councilman Ruben Wills (D-Jamaica), that have drawn hundreds of community members who are adamantly opposed to the project.

Some of them reiterated that sentiment on Tuesday.

“It’s for the safety of my kids, the value of my house,” said Privesh Jairal, who lives two blocks from the site. “This is not improving your life, it’s bringing it down. We take this very seriously, and we’re going to do whatever it takes to stop it.”

George DiLieto, who has lived for 30 years on the block on which the center is being constructed, has collected 750 petition signatures by himself.

“This is in the middle of a residential neighborhood,” he lamented.

Asked if he was confident that they’d be able to stop the project, DiLieto said no.