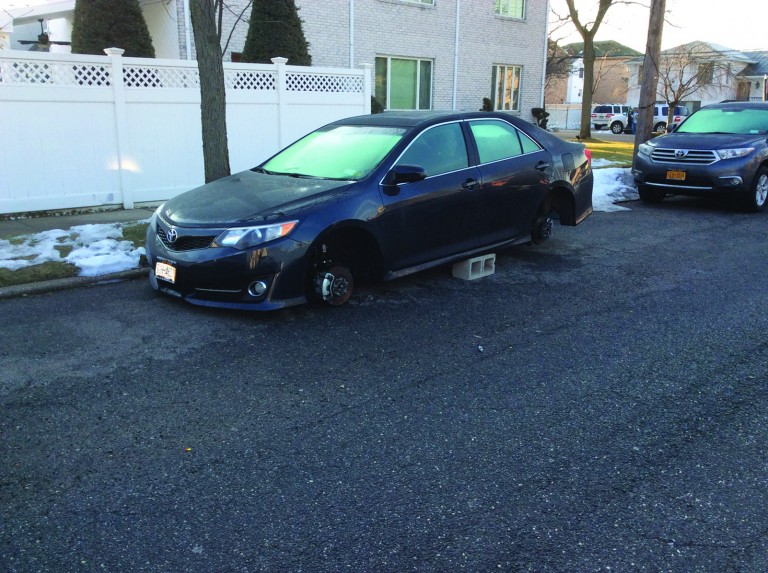 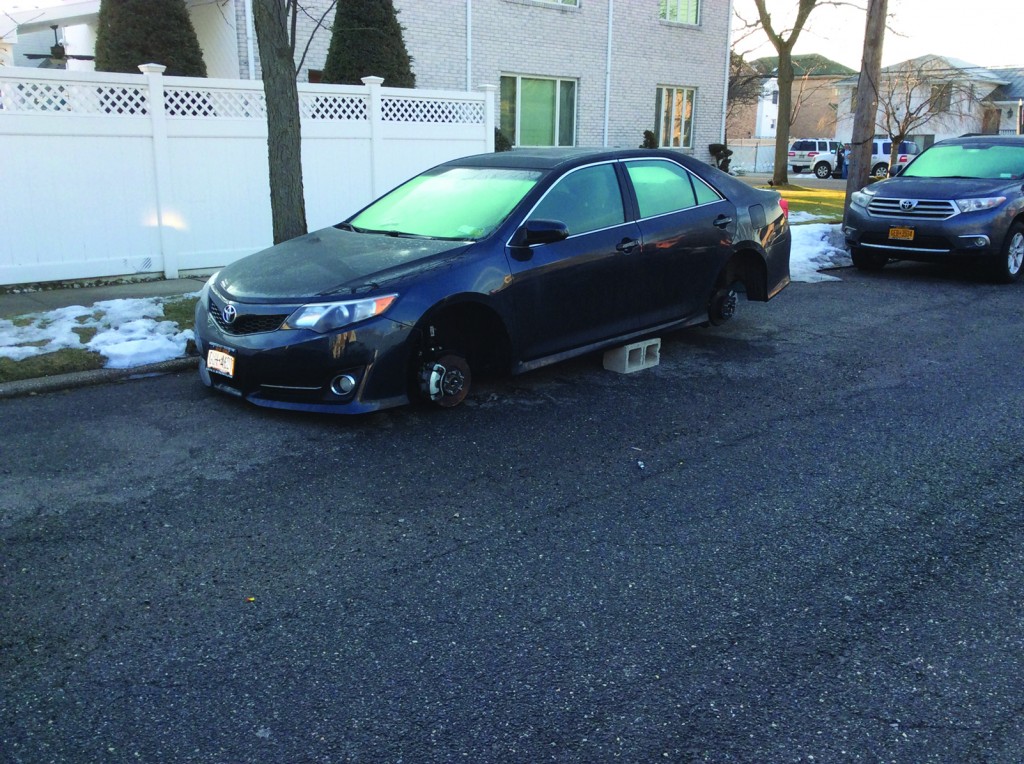 106th precinct cops nabbed a trio of thieves after they removed the tires and rims from this late model Toyota on 88th street in Howard Beach at about 3:30 on Tuesday morning.

Anticrime Unit cops in the 106th Precinct this week nabbed three men who allegedly stole all four rims and tires off a car in Howard Beach, according to police.

Car crimes have been an issue for years across the borough, especially in the 106. Grand larceny auto complaints are up slightly this year in the command, compared to this time in 2014.

Last year, Assemblyman Mike Miller (D-Woodhaven) introduced a bill requiring serial numbers be etched into tires and rims to try to put a dent in the theft trend.