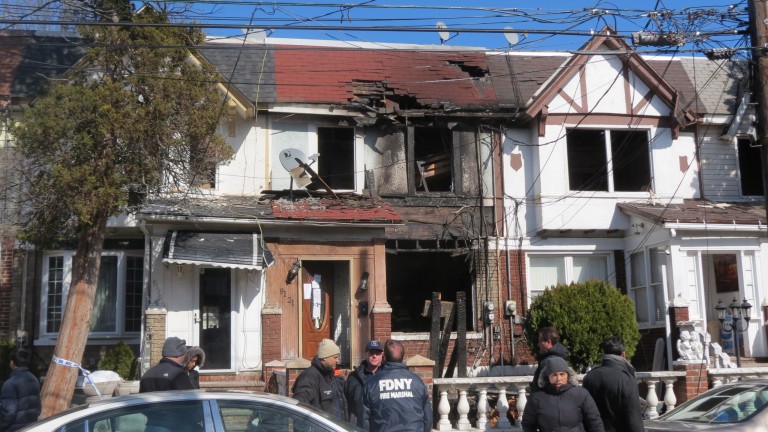 Photo: The four-alarm fire that was set at 91-21 quickly spread to neighboring houses. Courtesy of FDNY.

Luis Lopez, 31, a tenant at 91-21 90th St., was arraigned last Friday evening and charged with second-degree attempted murder, second-degree arson, aggravated cruelty to animals and endangering the welfare of a child,according to Queens District Attorney Richard Brown. Lopez remained in custody this week after bail was set at $50,000 cash, $100,000 bond.

“Setting a fire is a serious crime with potentially deadly consequences,” said Fire Commissioner Daniel Nigro. “Fortunately there was no loss of [human] life at this incident, but tragically the quick moving fire destroyed eight homes before being brought under control.”

According to sources and the criminal complaint, Lopez was told last Tuesday that he was to vacate the premises where he’d been living. About 10 minutes later, the owner and her boyfriend smelled smoke. When the couple attempted to get out of their basement apartment, the door was blocked from the other side. It took several attempts before the door opened and they fled. On the way out, the pair saw smoke and an orange glow emanating from the first floor bedroom where Lopez lived. 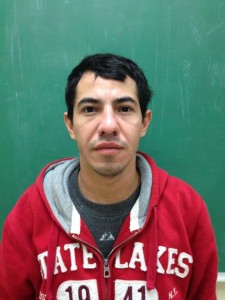 “’He tried to kill me!’” the owner wailed in Spanish the following day as she and neighbors returned to 90th Street to gather belongings and make temporary living arrangements. “’He locked me in the basement!”

A resident of the block who did not want their name published said that cops are familiar with the house in which the blaze started.

“I see police come many times to her home,” the neighbor said, describing the issues as domestic incidents involving significant others.

Citing evidence that the fire spread quickly to adjoining row houses through cocklofts—the space between the rafters and suspended ceiling—state Sen. Joe Addabbo, Jr. (D-Howard Beach) last Friday called on his colleagues in the Legislature to approve a bill that was passed in the Senate last year that would eliminate cocklofts in aging row houses.

“Connected row houses are no longer built with cocklofts, partly due to their ability to allow flames to move quickly from building to building,” Addabbo noted. “Now, it’s time to protect our older buildings, historic marks of our neighborhood, by closing off these structures so this does not happen again. The frequency of these kinds of fires needs to be addressed.”

Additionally, Addabbo said his Middle Village (66-85 73rd Pl.) and Howard Beach (159-53 102nd St.) offices would be serving as drop-off sites for donations of clothing and other essential items.

According to CCBQ, donations will support the organization’s efforts to provide life essentials, including gift cards to local supermarkets, clothing, replacement household furniture, and other necessities. Monetary donations can be made payable to CCBQ online at ccbq.org; by phone at (888) 971-7122; or by mail to 191 Joralemon St., Brooklyn, NY 11201. Contributions should designate “Woodhaven Fire Victims” in the memo. For more information, contact CCBQ’s Office of Development & Communications at (718) 738-1083.