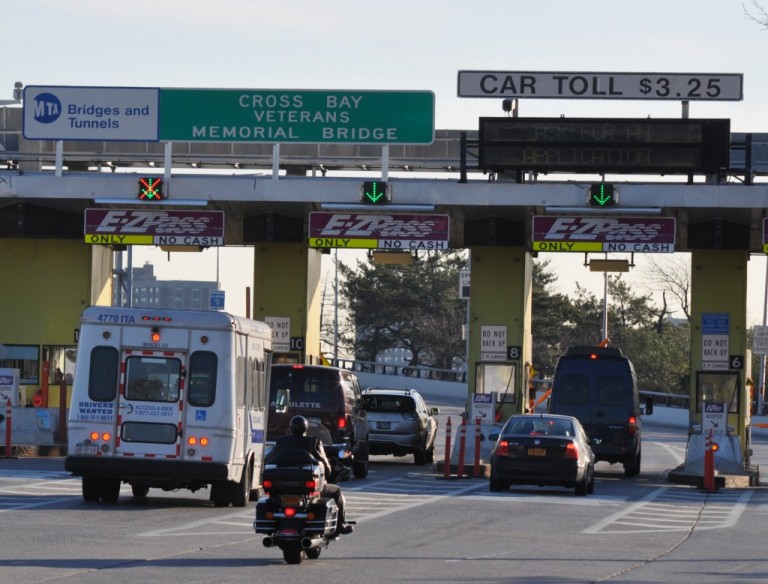 An area elected official this week sent a letter to Metropolitan Transportation Authority Bridges and Tunnels urging the agency to clean up what he called a blighted parking lot located on the Rockaway side of the Cross Bay Bridge linking Broad Channel with the peninsula.

In a missive to Bridges and Tunnels President James Ferrara, Assemblyman Phil Goldfeder (D-Howard Beach) wrote that the parking lot located at the southern end of the Cross Bay Bridge, between Cross Bay Parkway and Beach 94th Street, is filled with trash and broken tree branches. The metal fence surrounding the lot is rusting and there are cracks in the sidewalk and pavement where tall weeds have begun to grow.

“We’re only months away from the summer season and this parking lot is filled with trash and debris. Millions of beachgoers will pass over Cross Bay Bridge and see this eyesore,” Goldfeder said. “”It’s time [Bridges and Tunnels] cleans this lot and turn it into an entrance to Rockaway that our community can be proud of.”

An MTA spokeswoman said that Ferrara had received the letter, and that the agency had already begun to beautify the lot, removing the trash and broken tree earlier this week.

The bridge, which opened in 1970, has six lanes of traffic and serves approximately 22,000 vehicles per day, with traffic increasing during the busy summer months.

“Given its location at the entrance to the peninsula, this lot is really Rockaway’s ‘welcome mat,’” Goldfeder said. “It’s time for some spring cleaning.”