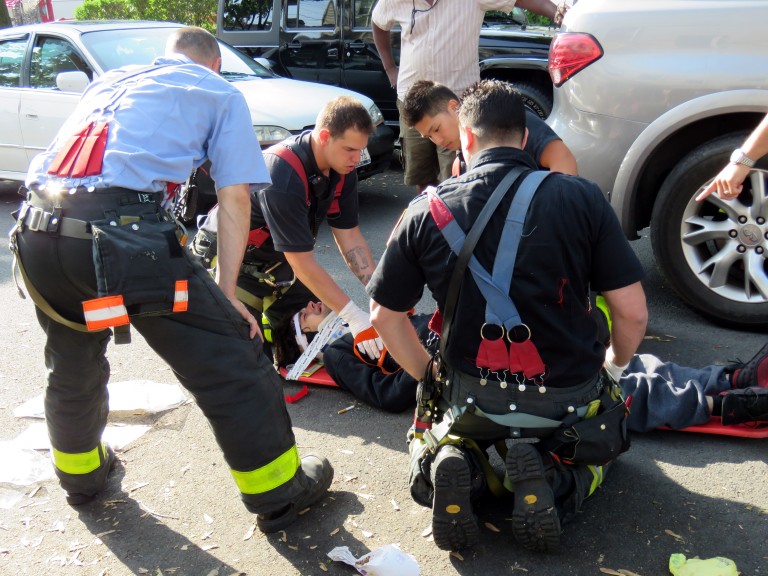 Firefighters from Engine Co. 293 on Tuesday responded to the scene of a man hit by a car near the intersection of Eldert Lane and 88th Avenue in Woodhaven. Members stabilized the victim, who according to witnesses suffered a possible broken leg, until emergency medical service personnel arrived to take him to Jamaica Hospital Medical Center. The driver remained at the scene and was not arrested.